The world's largest greenhouse gas emitter submitted its official pledge to the U.N. 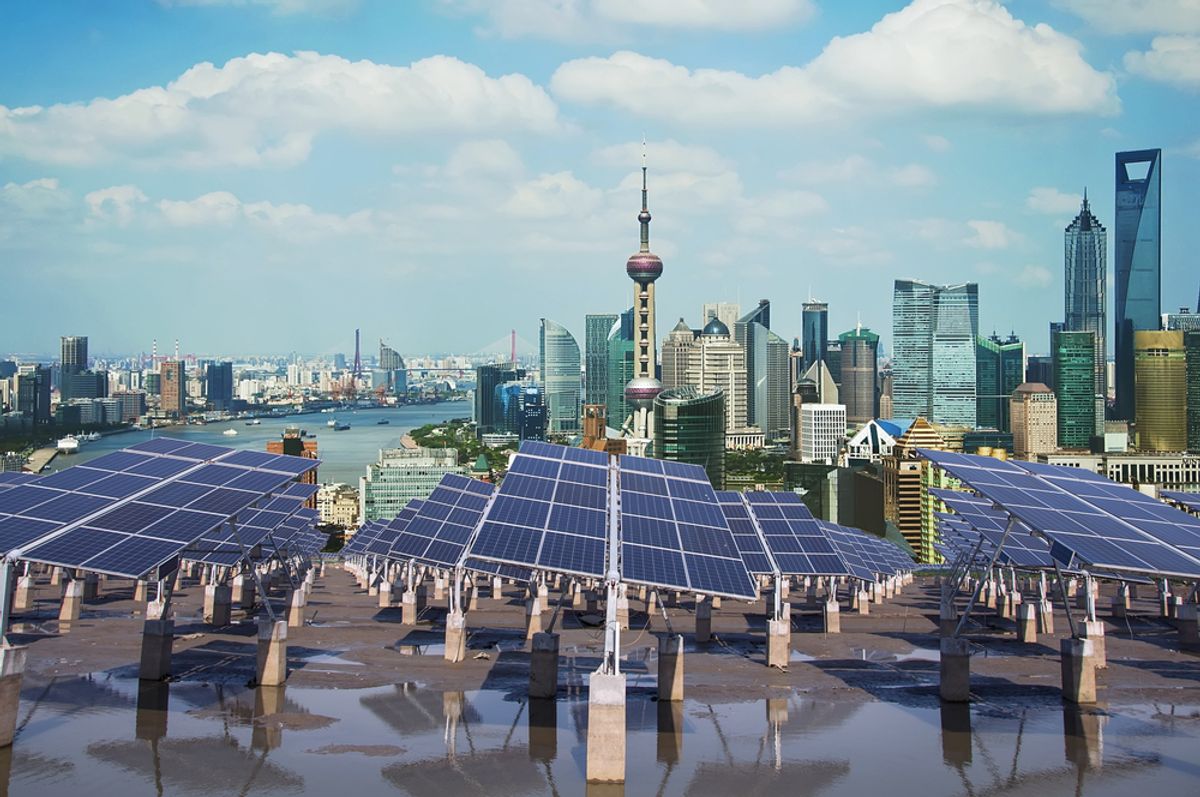 After surprising the world late last year by announcing an ambitious pledge with the U.S. to fight climate change, China's finally come forward with the specifics of how it's going to pull it off.

The world's single-largest emitter of greenhouse gases released the details of its climate pledge to the U.N. As promised, it intends to reach peak emissions by 2030 -- although it "will work hard" to do so even earlier -- while aiming to reduce its CO2 emissions by 60 to 65 percent below 2005 levels. And to get there, it plans to regrow forests and up the proportion of "non-fossil fuels in its primary energy consumption" to about 20 percent, also by that time.

That's a lot to pull off in the next 15 years. Greenpeace's Energy Desk ran the numbers, and found that, assuming China succeeds meets the high end of its target for 2020 reductions, it will have to cut carbon intensity (the amount of CO2 emitted per unit of energy consumed) by 3.1 percent annually throughout the 2020s in order to reach the 60 percent target, and by 4.4 percent to reach its more ambitious goal.

But, many are pointing out, the country's already well on its way to doing just that. Its coal consumption declined for the first time last year, bringing an accompanying decline in emissions, and that trend is continuing this year.

“China’s commitment was made possible by its ambitious clean energy policies and investments enacted over the past decade," she said in a statement. "China has been rapidly expanding its wind and solar power and continues to be the global leader in renewable energy investment."

That's no exaggeration -- when it comes to renewable energy growth, China's already killing it: Some, however, see that as meaning that China could be doing a lot more. “Today’s pledge must be seen as only the starting point for much more ambitious action," said said Li Shuo, climate analyst for Greenpeace China, "It does not fully reflect the significant energy transition that is already taking place in China. Given the dramatic fall in coal consumption, robust renewable energy uptake, and the urgent need to address air pollution, we believe the country can go well beyond what it has proposed today."

China's pledge comes in the lead-up to the global climate talks that will take place in Paris at the end of 2015; the U.S. and the European Union, along with other nations covering 30 percent of global emissions (not counting China), have already made their commitments. Just yesterday, U.N. chief Ban Ki-Moon fretted that negotiations were moving at a "snail's pace" -- the hope was that China's promise could get things rolling again.