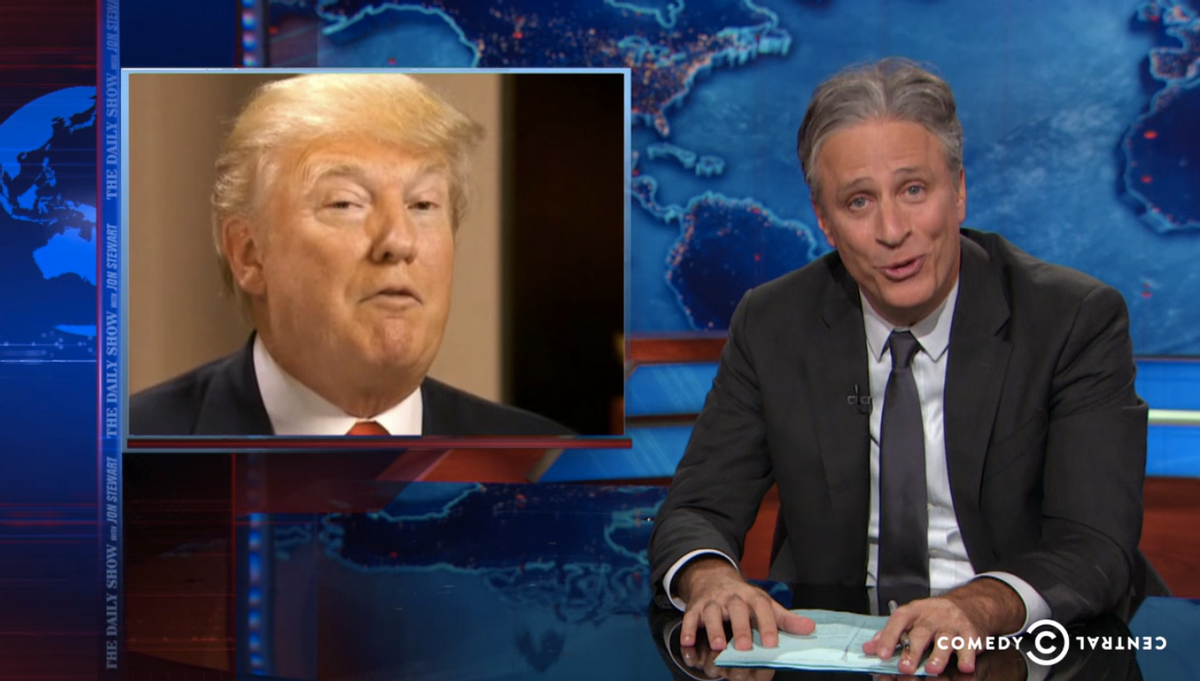 Jon Stewart is always at his best when he's lashing out at his favorite "Clownstick," Donald Trump. Monday's "The Daily Show" certainly had no shortage in that department, as Jon Stewart distilled everything that's wrong with the GOP and its gay marriage debate down to -- no, not "P.C. policing" or "judicial activism" -- but "bald-faced, out-in-the-open, common-sense experience.” Otherwise known as: Donald Trump.

Stewart rolled one clip of Trump, defender of "traditional marriage," being asked how he'd be able to claim his own marriage was "traditional" (he's been married three times).  The Trumpinator admitted that the person asking that question would "have a good point."

“You’re not gonna win the marriage equality fight because even a man who pathologically disposed to not understand other people’s points of view — unless it is also labeled ‘Trump’ — even he gets it,” Stewart fired back.

"The Daily Show" host also took some time to focus on other "survivors of 'Good News-megeddon.'"

Sen. Ted Cruz, for one, called the victories for marriage equality and the Affordable Care act, “some of the darkest 24 hours in our nation’s history.”

“Truly, Voldemort has risen,” Stewart said. “And the living will envy the dead. What is your worldview?”