Not today, Scalia. Not today 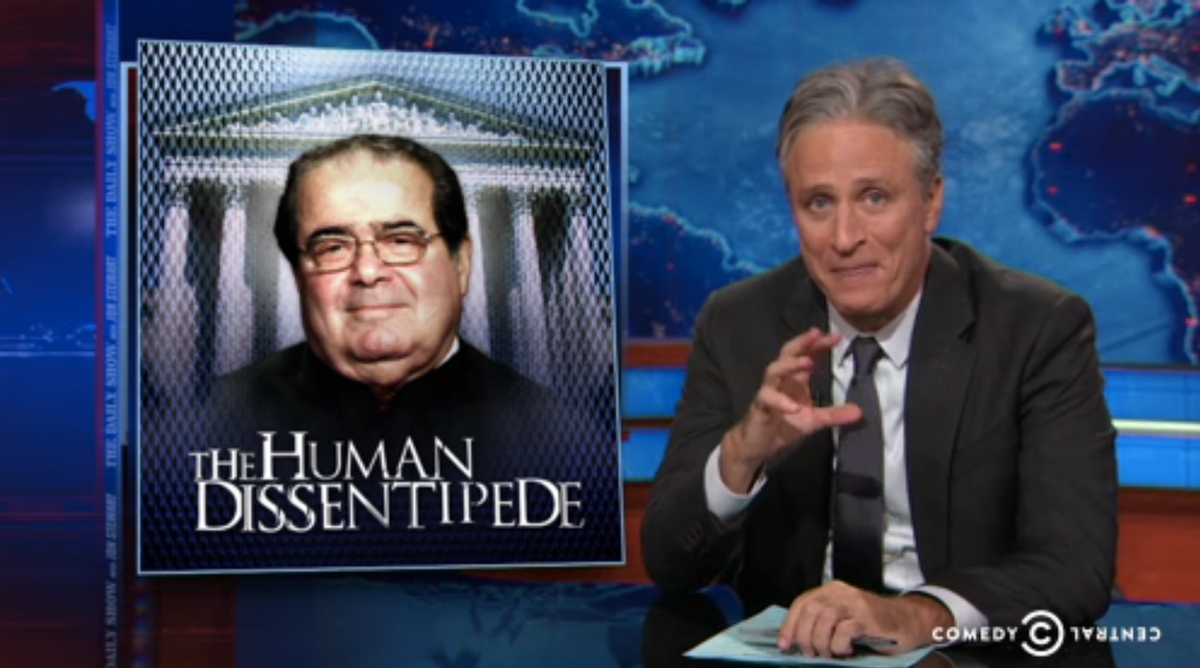 A long-awaited victory for marriage equality was achieved last week, but it wouldn't come without some kicking and screaming from the cranky Supreme Court Justice Antonin Scalia first.

Jon Stewart devoted an entire segment on Monday's "The Daily Show" to his dissent, which was filled with scathing -- if not occasionally humorous -- prose, including: "pure applesauce" and "jiggery pokery."

"Do you kiss your mother with that mouth?" Stewart quipped before presenting his new nickname for the justice, "The Human Dissentipede."

Scalia, as Stewart went on to explain, was all bent out of shape over the "select, patrician, highly unrepresentative panel of nine" acting out of turn. Yet, he seemed to have "no problem telling people to f*ck off" in Citizens United.

“Or, if the voters want a Voting Rights Act, and kept electing Congresses that kept renewing its anti-racial bias provisions by super-majority votes again and again,” Stewart said. “Then, not only did Scalia overturn it, he had no problem dismissing all those elected representatives’ motives for passing racial justice legislation in the first place.”