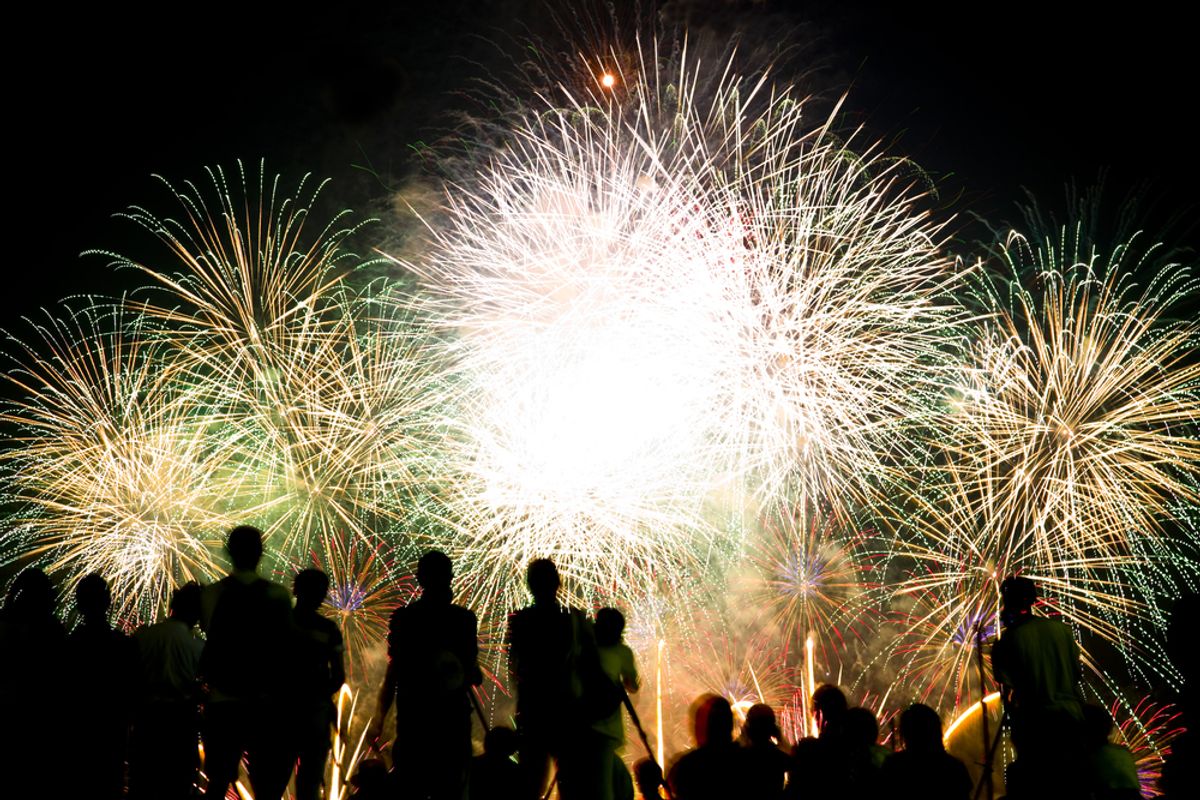 The most important lesson you learn on the environment beat is that nearly everything we humans do has consequences, oftentimes dangerous ones. And according to a new study from scientists at the National Oceanic and Atmospheric Administration, that includes celebrating our nation's independence with fireworks displays, which cause levels of harmful particle pollution to spike significantly each July 4th.

But the researchers are pretty confident about this one: they used observations taken from 315 air quality monitoring sites around the U.S. between 1999 and 2013. Without fail, they found that from around 9 to 10 p.m. each Independence Day, concentrations of fine particulate matter, or PM2.5, surged, teetering on the edge of the upper limit of what the EPA considers to be safe (and in some locations, wildly surpassing it). Things got back to normal by around noon the following day, they found, but for 24 hours beginning around 8 p.m., PM2.5 levels were 42 percent higher than usual: "We chose the holiday, not to put a damper on celebrations of America's independence, but because it is the best way to do a nationwide study of the effects of fireworks on air quality," said Dian Seidel, a senior scientist at NOAA's Air Resources Laboratory in College Park, Maryland and the study's lead author. "These results will help improve air quality predictions, which currently don't account for fireworks as a source of air pollution."

Nice try, Seidel. I learned a very important lesson last year, which is just because there is a case to made for not setting off fireworks doesn't mean people are going to be receptive to the idea, and they'll probably send you angry emails that, just saying, are very much not in the holiday spirit. So to all those who say a little potential "premature death and adverse cardiovascular [and respiratory] effects" is a small price to pay for celebrating America, I say, power to you. For those "who may be particularly sensitive to the effects of fine particulate matter," Seidel recommends remaining indoors.