Ben "Cooter" Jones called it -- the "hysteria of cultural cleansing" has claimed another victim! 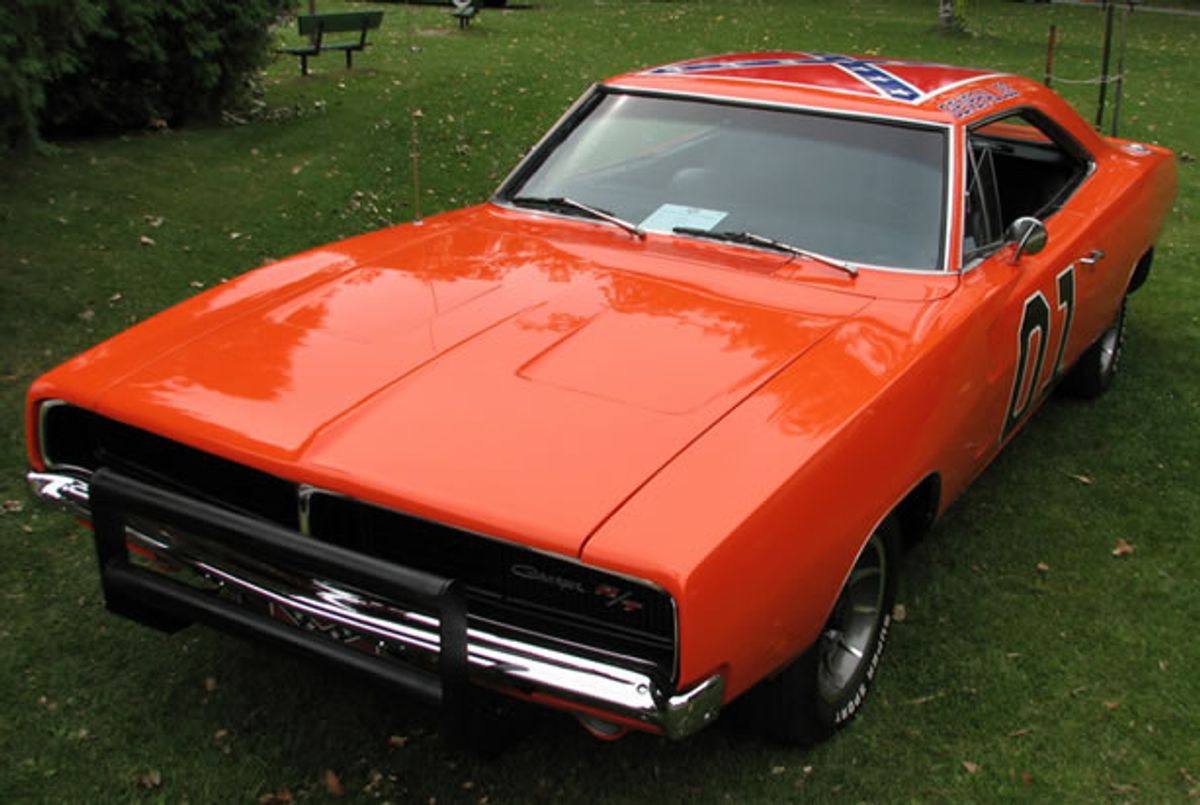 In the wake of the racially motivated murder of nine black parishioners in a Charleston, South Carolina -- and the conversation about the appropriateness of the Confederate flag in contemporary American culture to which it gave rise -- TV Land decided that it's in the networks best interest to pull reruns of "The Dukes of Hazzard" from its schedule.

Retailers like Walmart and Amazon stopped selling Confederate themed merchandise last week, so it's surprising that TV Land only decided to shelve the series today. Not only does the show prominently feature a Confederate flag on the roof of what was arguably its biggest star, but that 1969 Dodge Charger doesn't just celebrate some amorphous notion of Southern culture -- it's named "The General Lee."

Removing "The Dukes of Hazzard" from its regular rotation is likely to anger defenders of ostensibly non-racist Southern culture like former Representative Ben Jones, who played "Cooter" on the show. Last week, he went on "Fox & Friends" and warned Elisabeth Hasselbeck that a "hysteria of cultural cleansing" was on the horizon.

"Where does it stop?" he asked, adding that there are "already calls to remove statues of Robert E. Lee and renaming this street or that building, this statue or monument."

Jones would not, presumably, be all that happy to see the car named after the Southern general stricken from the airwaves either.