Bill O'Reilly: Liberals are one "uber-liberal Supreme Court justice" away from defeating Christianity once and for all 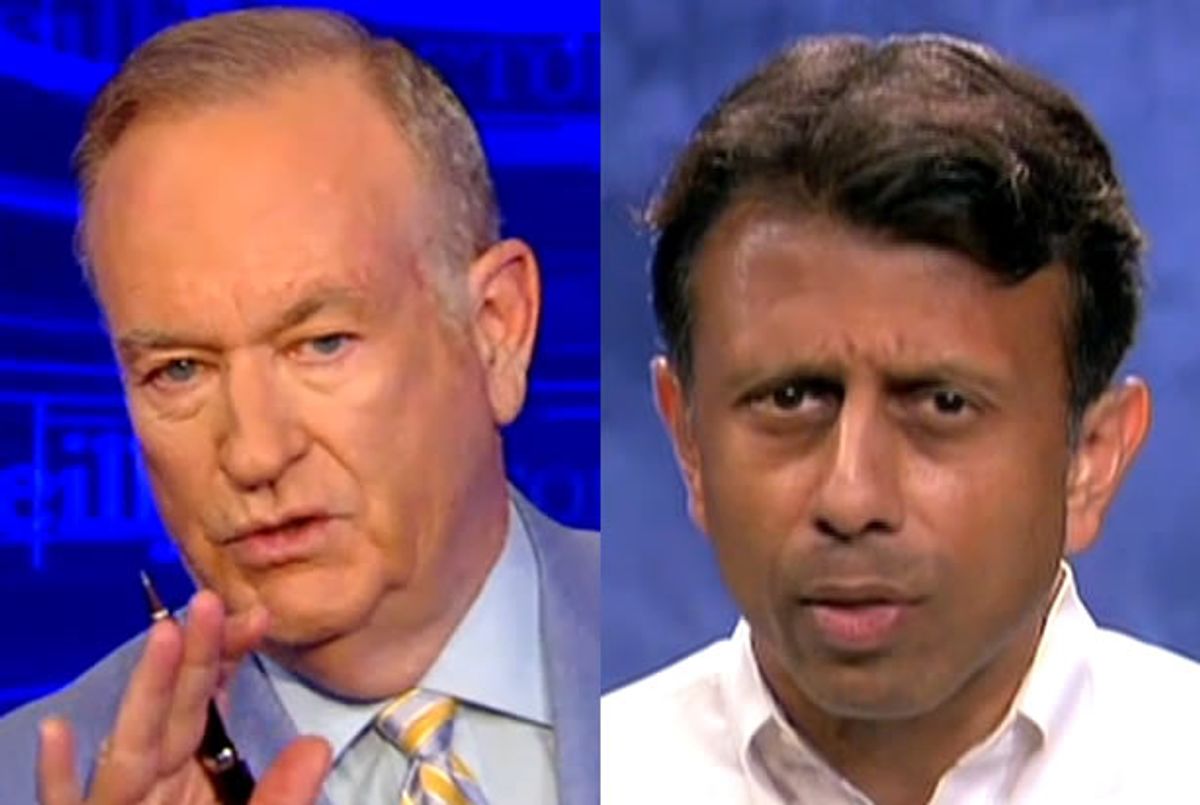 On Wednesday night's edition of "The O'Reilly Factor," Bill O'Reilly warned "traditional Americans" that the country is coming dangerously close to becoming uninhabitable now that liberals "are moving against people of faith."

"It's a fact of American life that the far left despises organized religion," he began, "because they see it as standing in the way of abortion and a libertine lifestyle."

O'Reilly claimed that liberals were "delirious with joy" at the Supreme Court's same-sex marriage ruling last week, "not so much because homosexuals can now tie the know, but because the decision has anti-church ramifications."

"The Supreme Court -- as comprised now -- would never order clerics to marry gays, it'd probably be 5-4." he said, because "the four liberal justices might go for it." However, "if Hillary Clinton wins [the presidency in 2016], there may be a fifth uber-liberal justice appointed."

As an example of what life might be like in Hillary Clinton's America, he pointed to the American Civil Liberty Union of Louisiana's lawsuit against the state over Governor Bobby Jindal's "Marriage and Conscience Order," which the organization claims "creates a class of persons who are protected over others due to their belief that same-sex couples should be denied marriage equality."

"It's only a matter of time," O'Reilly added, "before lawsuits are filed against religious organizations trying to strip them of their tax exempt status if they don't toe the line on gay marriage and other progressive causes."

The ACLU "senses weakness," and it's "only a matter of time before they move against people of faith."

O'Reilly brought on Bobby Jindal to address this issue, and the Louisiana governor defended his "Marriage and Conscience Order," saying he signed it "in anticipation of the Supreme Court's awful ruling."

"I think [the ACLU's] long-game is that they used to be for religious freedom before they were against is," he added, as if that somehow clarified something. "I think they want to get to the point where we no longer have First Amendment freedom rights."

By way of example, the pair discussed a hypothetical situation in which a Catholic college with married student housing denies a same-sex couple placement in it because their marriage contradicts the values of the Catholic faith. "They might lose whatever advantage they have in the tax arena," O'Reilly said, before moving on to the most pressing issue of the day.

"Do you really believe you can do this?" O'Reilly asked of the governor's presidential ambitions.

"I can. I'm doing this because I'm worried President Obama is trying to turn the American dream into the European nightmare," he replied.

"But they're all worried about that," O'Reilly said. "All of the nineteen candidates believe that!"

Watch O'Reilly's Talking Points Memo and his interview with Bobby Jindal below via Fox News.