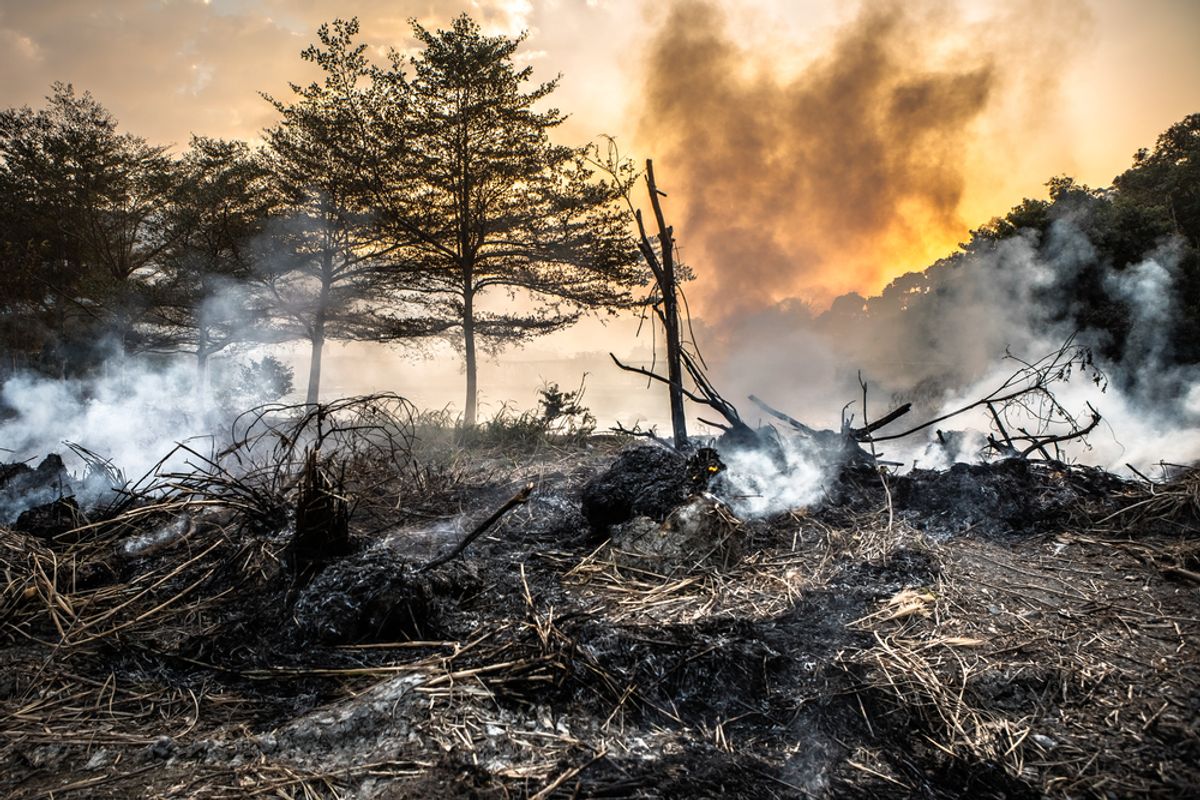 I jest, but I don't actually want to ruin fireworks for everyone this holiday weekend. The West's ongoing drought, however, just might.

A number of California counties are imposing bans on Independence Day fireworks displays, AccuWeather reports. Among them are Cupertino, a suburb of San Jose which is currently in a state of extreme drought -- officials decided to cancel their traditional show in light of the 100,000 gallons of water needed to treat the field where it's typically held, to prevent damage. Kern County banned the use of fireworks in public parks, and in the town of Danville, even sparklers are verboten. Bass Lake is replacing its traditional fireworks show with laser lights, which actually sounds pretty fun.

The wildfire risk, already heightened this year thanks to exceedingly hot, dry weather, seems to be fueling most of the concerns. "With the drought leaving the hills and yards in Danville extremely dry, it could potentially be very dangerous to be out and using fireworks this week," said Danville Police Department Lt. Allan Shields. "In Contra Costa County alone, firefighters respond to several fires per year, directly attributable to fireworks."

As Neal Langerman, of the American Chemical Society’s Division of Chemical Health & Safety, told me last year, “it’s stupid as hell” to set off fireworks if you’re living in an area that's already prone to wildfires.

It's not just California that's experiencing the crackdown. The commissioners of Bannock County, Idaho declared a drought disaster and banned fireworks all at once Wednesday night. And a spokesperson for Washington a spokeswoman for Gov. Jay Inslee said he had been considering a statewide ban on fireworks, before determining that only the state legislature has the power to do that. Still, officials throughout the state are urging residents to resist their pyrotechnic impulses -- the state has already seen at least 313 wildfires this year; a 46 percent increase from the year before.

The show will go on in California's major cities, at least this year. But if you want to blame anyone for ruining fireworks, you might look to climate change -- as it simultaneously dries out and heats up the western U.S., the wildfire risk is only going to get worse. Add to that the coming megadrought, and we all might want to consider breaking out the lasers.