'Hey, remember this kind of corruption? Here's what it looks like twice!' 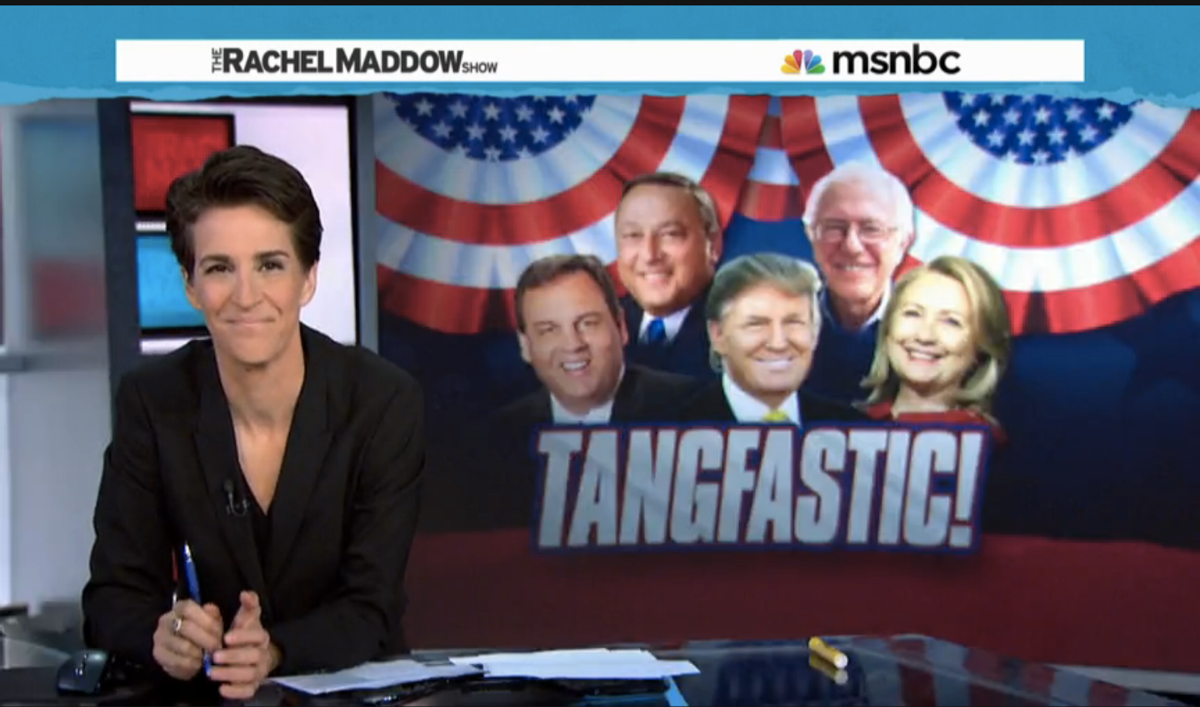 On Wednesday, Gov. Chris Christie received the first endorsement of the campaign season from Republican Maine Gov. Paul LePage. LePage, Rachel Maddow noted on her show last night, is kind of a scumbag -- for example, he essentially blackmailed a charter school because it hired the Democratic house speaker Mark Eaves (whom LePage hates), saying he would strip state funding from the school if the job offer stood.

This is not a great look for Christie, who has also been accused of using his political power for personal vindication in the Bridgegate scandal.

"On the day Chris Christie's presidential campaign starts with that looming over it, Chris Christie leaves the campaign trail in New Hampshire to instead go to Maine to get this high-profile endorsement from another governor who on that day started facing his own investigation for using government resources to punish one of his political enemies," said Maddow. "It's like taking the worst, most disastrous thing on record that is holding back your own candidacy and shining a big spotlight on it. 'Hey, remember this kind of corruption? Here's what it looks like twice!'"