It's worse than gerrymandering: This is the reform we need to restore democracy, competitive elections 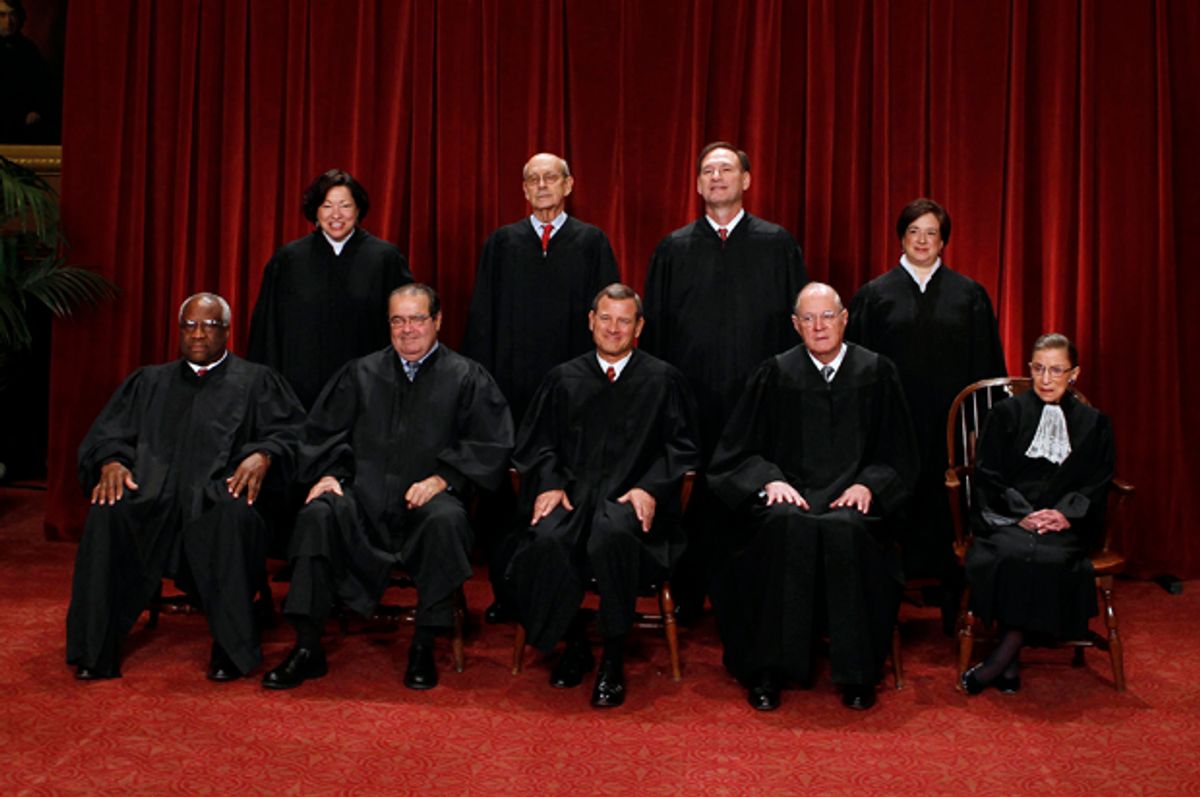 Political reformers breathed a big sigh of relief on Monday as the Supreme Court backed away – just barely – from gutting the power of voters to reform congressional elections through the initiative process. As aptly described by the Brennan Center’s Michael Li, the 5-4 ruling affirms “the principle that voters have the freedom under the Constitution to experiment with ways to make their democracy work better.”

Now it’s up to us to act – but to act smartly by focusing on what reforms are most needed and where change is most effective. Seeking reform in states is valuable and should be pursued, for example, but woefully insufficient in itself and no substitute for a comprehensive approach by Congress, which with a simple statute could reform all congressional elections in every state. That change won’t be easy, of course, but it will only happen if we start to build a campaign to achieve it.

We also need to know what our real goal should be. Seeking independent redistricting rightly kicks partisans out of what should be a public interest process, but there is growing evidence that it has no substantial impact on governance, electoral competition or most election outcomes.

The real culprit is the exclusive use of winner-take-all elections on today’s climate of fierce political polarization. Dividing a state into geographic districts can never be both fair and competitive. Having one representative per district is fundamentally at odds with the notion that government should derive its power from the consent of the governed. No matter who draws the lines, their actions ultimately will determine most outcomes well in advance of any votes being cast. Commissions are a top-down approach, not one that truly empowers us as voters.

It’s time to turn to a solution that genuinely does hold the promise of fair and competitive elections. This past April, a group of prominent journalists, scholars, and reformers gathered at FairVote’s Democracy Slam 2015 to hear various reforms and rate their impacts on democratic values. The reform that ranked the highest on every metric was the use of ranked choice voting (RCV) in multi-winner districts. FairVote more recently has been engaging in a deeper process of analysis with political scientists and law professors, and our forthcoming release will confirm the significantly greater impact of multi-winner ranked choice voting compared to independent redistricting and other more commonly discussed reforms.

To see why, consider how multi-winner RCV compares to independent redistricting in terms of fairly reflecting voter preferences statewide. In California under independent redistricting, the underlying partisan competitiveness of congressional districts did not change at all in redistricting. A rise in competition was created by shaking up incumbency and first-time use of new primary rules, but new incumbents are already settling into their districts. None were defeated in 2014, and California experienced the single biggest decline in voter turnout in the nation from the 2010 midterm elections to the 2014 midterms. To be sure, a yawner of a governor’s race contributed to that turnout decline, but having mostly lopsided congressional races didn’t help. The overall outcome wasn’t too fair either – in 2014, California’s Democratic congressional candidates received 58% of the vote, yet won 74% of seats.

Under multi-winner RCV, the number of seats won tends to closely reflect the statewide vote: if 60% of voters favor Democrats, they are likely to win about 60% of seats. Additionally, RCV enhances competition in an entirely different way: it allows independent and third party candidates to participate on equal footing and hold the major parties accountable.

A reform with a long-term significant impact is badly needed. Just two days after the 2014 congressional elections, FairVote released its final projections for the upcoming 2016 congressional elections in 85% of contests (373 seats). We found that 212 seats can effectively be called for Republicans and 160 seats for Democrats without needing to know anything about the candidate campaigns (assuming the absence of a major scandal). In the past, that projection method has been about 99.9% accurate.

Neither that dearth of competition nor that clear partisan skew is attributable to intentional gerrymandering. Voters just do not distribute themselves in clean geometric shapes with even partisanship preferences that would make districts competitive. This is not news to those who study politics, as clearly explained by political scientists John Sides and Eric McGhee. In 2014, FairVote asked a consultant to draw district maps for states in the Deep South without any partisan considerations whatever. None of them performed nearly as well as multi-winner RCV, and some were worse than the current maps in terms of fair representation.

In fact, if given a free hand without the Voting Rights Act, Louisiana Republicans could draw all six seats to be safe for Republicans with districts that are far more compact and follow county lines better than in the current district map  Yet more than a quarter of Louisiana voters are African American, and Barack Obama won more than 40% of the vote.

Fortunately, the Arizona Independent Redistricting Commission case confirms that Congress has the power to require fair representation. In fact, it describes that power as “the dominant purpose of the Elections Clause,” quoting voices from the founding era who called that clause “a way to ensure to the people their rights of election.”

In 1967, Congress passed a law requiring every state to divide into districts. As we approach the next round of redistricting after the 2020 census, we should build support for a new law. As we spelled out in detail in a 2013 article in the University of Richmond Law review, Congress should and can take away the power to gerrymander once and for all, ensuring that voters in all states can choose their representatives, rather than the other way around. With ranked choice voting in multi-winner districts, we will live up to our ideal that government must be by the consent of the governed.