Jim Carrey, dangerous idiot: What celebrity anti-vaxxers have in common with climate deniers

We're awash in willful ignorance, thanks to ignorant demogagues in politics, the arts and especially business 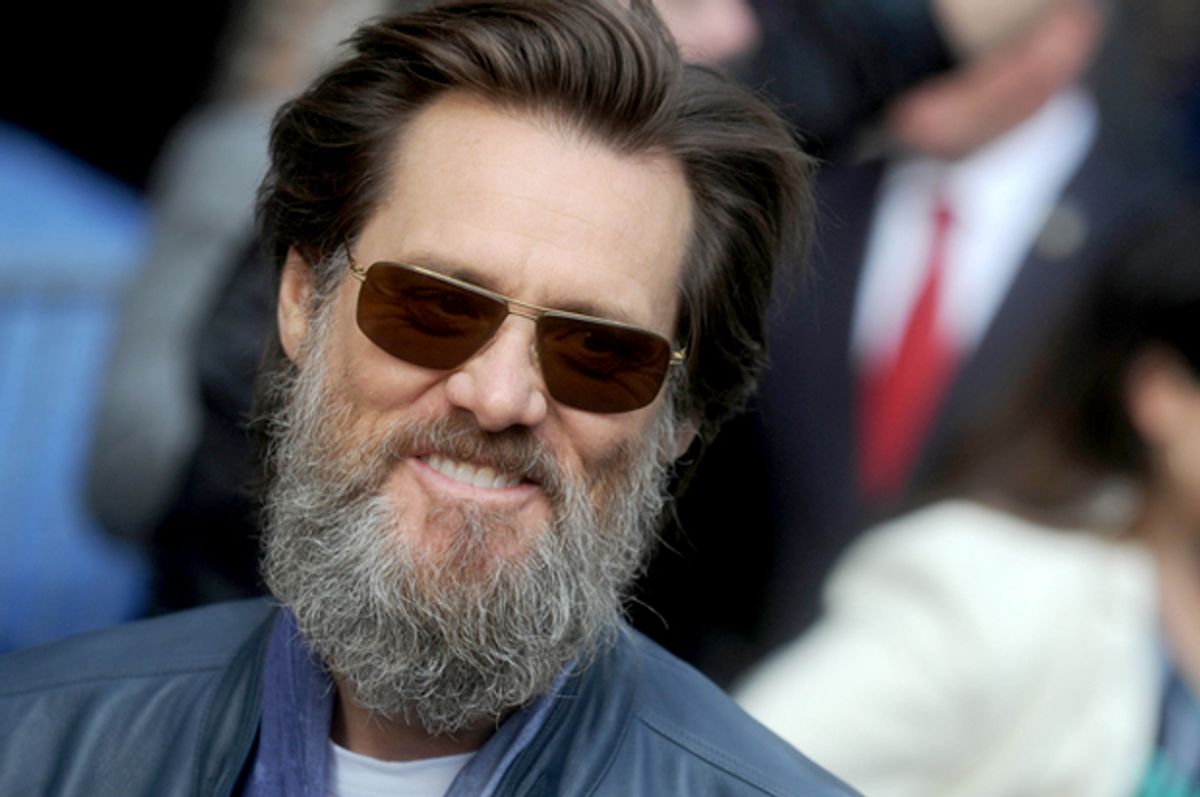 In case you missed it, Carrey let loose a string of deranged tweets Wednesday night. His target was California Gov. Jerry Brown, who recently signed a bill requiring parents of children attending schools to be vaccinated. Carrey, who apparently moonlights as a microbiologist, wants everyone to know how wrong the scientists are. “California Gov. says yes to poisoning more children with mercury and aluminum in mandatory vaccines,” he wrote. “This corporate fascist must be stopped.”

Plenty has been said about the science behind vaccines. Everyone acknowledges that there can be risks associated with vaccines. But numerous studies have shown that these risks are marginal, and in any case preferable to the risks of not vaccinating.

Carrey, though, like fellow celebrity-biochemist Jenny McCarthy, remains unpersuaded. Despite clear evidence showing no link between the MMR vaccine and autism (a primary concern of anti-vaxxers), Carrey insists that Brown’s efforts to vaccinate children – and protect public health – are somehow fascistic. There’s no point in explaining why Carrey is an imbecile for saying these things – the Internet has done a fine job of this already.

Carrey’s anti-vaccination crusade is part of a larger problem, however. Anti-intellectualism has become a kind of virtue in American society. Science simply doesn’t suffice for many of us, which is why people like Carrey find an audience for their gibberish. As a consequence, the line between fact and fiction, truth and opinion, is continually shifting. Everything, it seems, is up for debate – even reality itself. This is especially true of our political discourse. Whether it’s in science classrooms, the halls of Congress, or liberal enclaves in Southern California, junk science is supplanting real science. And people, increasingly, are confused about established facts.

In most cases, this isn’t an existential threat to the country – although it’s terrible for a thousand other reasons. But when people with power and influence ignore scientific consensus, the results are devastating. We live in a democratic society based on science and technology; we can’t afford to be ignorant of it. And yet, in so many ways, we are. Even the people charged with managing science and technology don’t understand it. To listen to a Congressional debate about something like climate change is to be reminded of this.

Climate science is fairly unambiguous. We know more than enough to justify radical changes. And yet our policy responses have been trivial. We’re still debating the facts. Why? Part of the problem is that dolts like James Inhofe (who famously disproved global warming by discovering a snowball) refuse to face the facts. Inhofe chairs the Senate’s Environment and Public Works Committee and he has absolutely no idea what he’s talking about. And he doesn’t pay a political price for that ignorance, partly because his constituents don’t know or don’t care. Many of those constituents are probably convinced that Inhofe is right, and therefore that 97 percent of climatologists are wrong.

This sort of willful ignorance is no different from the anti-vaccine mania. And it exists, in large part, because our culture manufactures it, because people with influence – politicians, businessmen, celebrities, and media demogagues – either spread falsehoods or pretend to know things they don’t.

Jim Carrey isn’t a United States senator, but he’s important because people take him seriously. He has over 14 million followers on Twitter. His pronouncements can impact public opinion. In a scientifically illiterate society, his ramblings are likely to persuade lots of people. That puts children at risk. The measles outbreak in Southern California earlier this year, for instance, spread to six states; nearly 150 people were affected by it. Who’s responsible for that? The parents of children who refused to get vaccinated, despite being told that so doing endangers everyone in the surrounding community, share much of the blame. But the Jim Carreys of the world are also responsible. They have large platforms – people, unfortunately, listen when they speak. What they say matters.

Facts matter, too. Science is a domain of near-perfect objectivity; it’s as close to truth as we get. We know more than we’ve ever known at any point in human history – about everything. But we seem to disagree about the most elemental facts. And people who ought to know better continue to muddy the waters. The costs of this confusion are increasing every day.

Whether it’s extinguishing diseases or confronting climate change, many of our solutions will come from science and technology. We need good public policy to leverage scientific knowledge. We can’t stop morons like Carrey and Inhofe from peddling pseudo-science, but our problems will only get worse if people continue to listen to them.