The music video for Rihanna's new single has arrived, and it is very NSFW 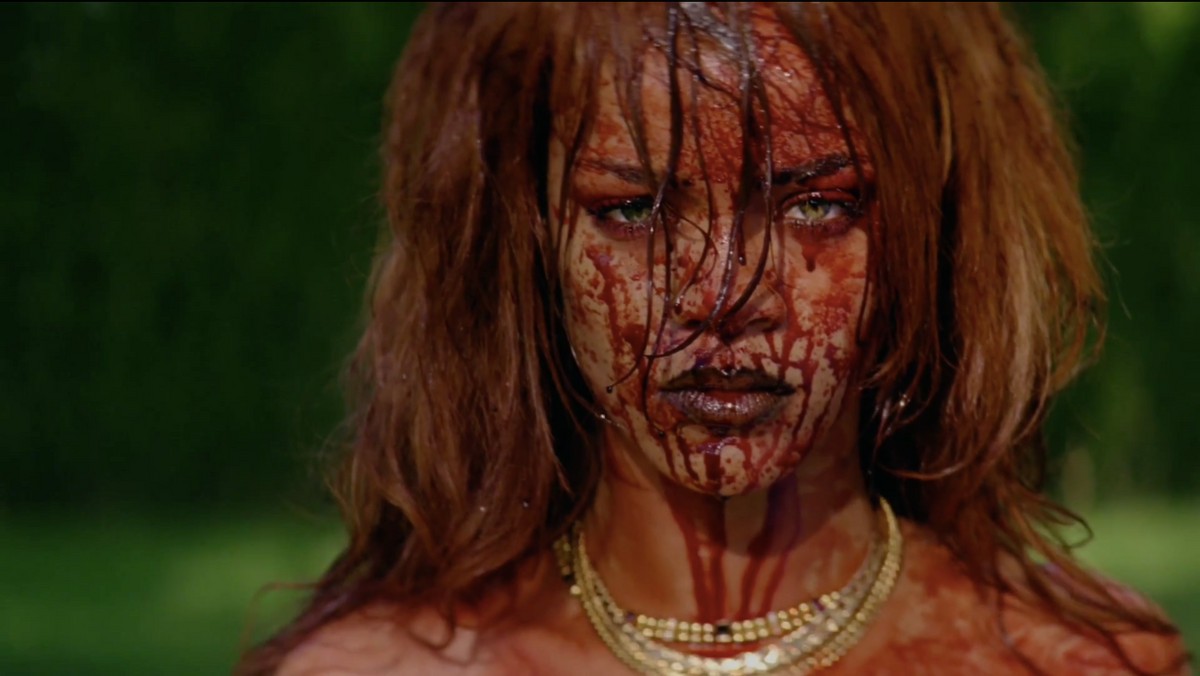 Rihanna’s video for her single “Bitch Better Have My Money” has arrived, and it is quite a sight to behold: A graphic seven-minute-long revenge fantasy about RiRi and a girl-gang kidnapping and torturing her accountant's wife — and later the account himself (a.k.a. "the bitch"), played by Mads Mikkelsen — complete with plenty of gratuitous violence and interspersed with stylized visuals of flaming cars, inflatable pool toys, and massive bong hits. The video concludes with a bloody, naked Rihanna, lying in a trunk covered with dollar bills and smoking a spliff, before we cut to a closeup of her face in full gore-drenched “Carrie” mode.

It's sort of like "Bad Blood," only legitimately terrifying and blessedly light on cameos (let's be real, a ten-second closeup of Rihanna’s face has the stage presence of twenty of Taylor Swift’s closest celebrity pals combined).