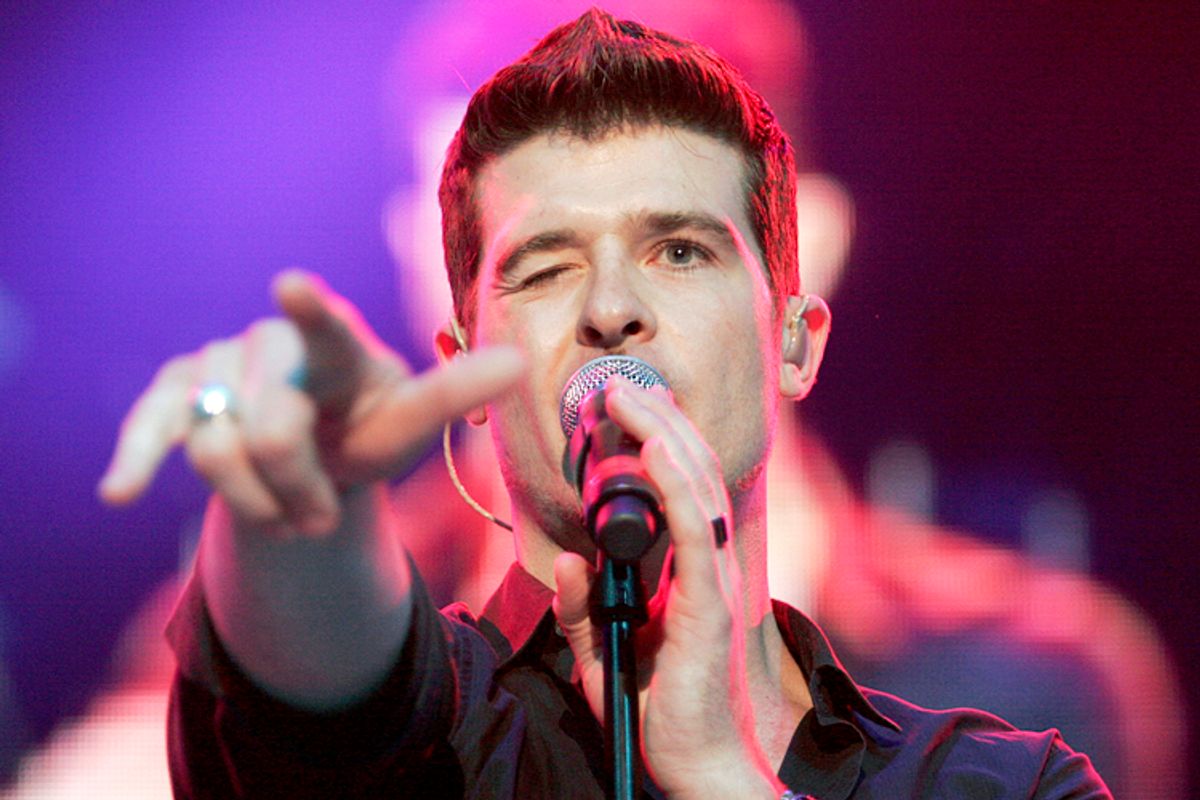 In an interview with the New York Times yesterday, Robin Thicke spoke publicly for the first time about the recent “Blurred Lines” trial, in which Marvin Gaye’s estate successfully sued Thicke and Pharrell Williams for plagiarizing Gaye’s 1977 track “Got To Give it Up," as well as their forthcoming appeal.

Thicke told the Times he was "very surprised” by the verdict, saying “I know the difference between inspiration and theft. I’m constantly inspired, but I would never steal. And neither would Pharrell.”

Thicke went on to hammer the much-debated distinction between being inspired and stealing, explaining that “inspiration can be subliminal” while also expressing concern about the the fate of the music industry. "For me, it will not, it has not, changed my process in any way," he said. "But yes, many artists and writers have voiced their concerns to me about this," he said. "And if the verdict holds up, I believe that it will have a ripple effect on the arts and the industry in general."

The R&B star also acknowledged that he was “careless” during his deposition — in which he famously confessed to being drunk, high and deliberately untruthful during press interviews -- explaining that he was overwhelmed grappling with his split from wife Paula Patton at the time. "My personal issues were all that mattered to me at the time,” he explained. “ That’s why I use the word ‘careless' to describe my attitude at the time. Obviously, I didn’t give my all to the trial. It simply wasn’t as important to me as what was going on in my personal life. I was lost at the time. I had lost my way.”

Thicke, who evidently rereads "À la recherche du temps perdu" when he's not busy spelling out his dick size in balloon letters, then invoked Proust to describe the moment where he decided to quit drugs and drinking and turn his life around.

"There’s a thing that Marcel Proust referred to as supersaturation. When the past, present, and future all become very clear and high-definition and surround-sound in one moment," Thicke said, explaining his supersaturation moment came during the (notoriously embarassing) BET Awards performance in June 2014 when he dedicated his performance of "Forever Love" to ex Paula Patton. But after the show, his best friend set him straight: “He goes: “I gotta be honest with you, buddy. You’re kind of playing yourself. You look like a sucker.” And it hit me that I’d lost my perspective. What I thought was romantic was just embarrassing. And he said, “You should just go away for a while.” So I shut everything down. I took some time off to be with my son, and to be with my family and close friends. And the more time I took off, the more everything became clear.”

Thicke also denied the longstanding allegations that the "Blurred Lines" video was “rape-y" ("Pharrell and I have never and would never write a song with any negative connotation like that") while dismissing a joke he once made in a GQ interview that it’s “a pleasure…to degrade woman,”  by calling on another, less Proustian figure. “I was in Ron Burgundy character, just telling a bad joke," he demurred. "That was just sarcasm."

Read the rest of the interview over at the Times.