"You have to look at food as medicine. Clean eating can become a lifestyle that’s easy to follow": Candice Kumai on secrets of happiness and health

Let's go back to eating real again -- it's the very best way to feel good about yourself, says Candice Kumai

By Candice Kumai as told to Salon 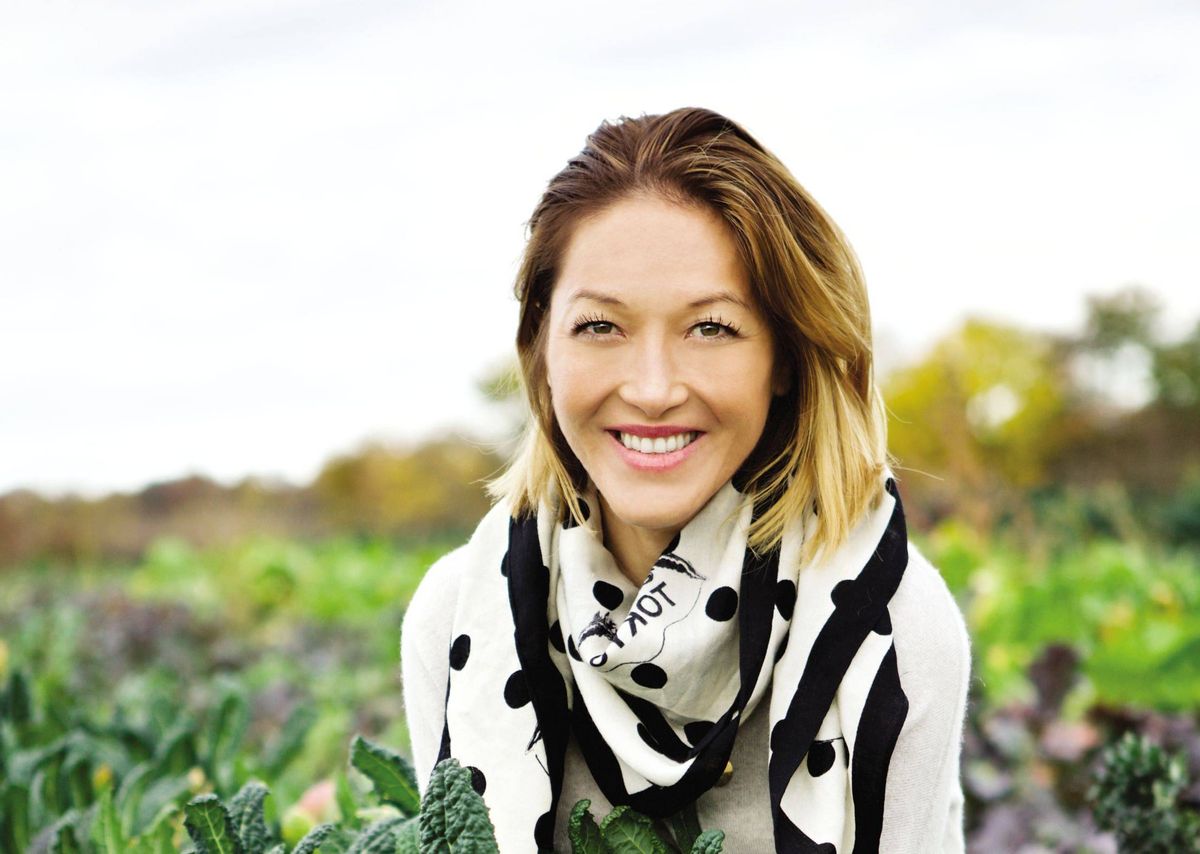 My mom is Japanese, and my father is Polish-American, so she was really adamant about putting greens and produce and fresh vegetables on the table first, and then she tried to incorporate Americanized treats in there. So we had Oreos, Fruit by the Foot, CapriSun and Lucky Charms like any other family. But we only had it because that’s what my mom wanted to do to fit in. She was an excellent mother, so she adapted to American culture really well, but it didn’t mean that she didn’t believe in whole fruits and vegetables. We always had a basket of fresh fruit out at my parents' house, and the entire fridge was probably 75 percent fresh fruit.

In high school I obviously caught on to all the diet fads like every girl did. I was born in 1982, so I’m a child of the Pop-Tart generation. I drank diet soda; I thought it was cool to eat pita chips and drink Frappuccinos with extra whipped cream and caramel. When I got a little bit older, it was all about the PowerBars and the diet chocolate bars and chocolate-coated shakes, and I did it all, because that’s what we believed was healthy.

It wasn’t until I went to the Cordon Bleu Culinary School in Pasadena -- and I had to fit-model to pay my bills through culinary school, and also cook pastries and sweets all day and test them and eat them and develop them -- that I had to find a balance between the two.

I never really felt great until I just started to eat real foods: I got rid of artificial sweeteners. I never wanted to consume any more of the processed foods, and it wasn’t about how I looked; it was more about how I felt. So fast-forward 10 more years and I’m a food editor and writer and author and TV personality in New York, and it’s all about feeling good. So when I started developing the Clean-Green brand, I consequently got into the best shape of my life, because I was running races and writing for a variety of health magazines like Shape, Fitness, Health, Cosmo, etc. Additionally, it was my job to look great on camera, and the only way to do that in real life was to be so authentic to what I was preaching and writing about.

I got into the best shape of my life when I wrote "Clean Green Drinks," and it was really just a side effect to drinking tons of nutrients and exercising daily. And that’s how I authentically transformed into a public health and wellness figure, and not just a chef anymore. Again, it wasn’t about how I looked overall; it was about how I felt. I really only kept going with the whole foods thing because I felt great: I got better sleep, I felt more energized, my acne problems subsided, and I stopped getting seasonally depressed in the winter. It was the simplest things in life, like omega, exercise endorphins, surrounding myself with happy and healthy like-minded individuals, meditation, yoga, breathing... those were what really helped. I’m a firm believer that health and wellness is as frustrating and difficult, or as simple and easy as you want to make it.

If you don’t put your focus so much on wanting to be thin, it becomes much easier. First of all, healthy is in. Healthy is the new thin. I don’t think people want to see waify models anymore. I was a waify model; I worked as a model for over a decade when I was in my teens and twenties, and I don’t want to be like that anymore. I think curves are sexy, people want to see a butt. Obviously Kim Kardashian and JLo have shown us that. Really, I think people are starting to find that fit women and healthy women are really confident women. That’s what is sexy. So if you put your focus on feeling good and changing your diet to real clean foods, the greatest side effects can naturally be weight loss, mental clarity, better focus, better sleep, better sex, having fun, all of that.

But thinness is really just a happy side effect. We don’t want people to be pressured to change to clean eating because it’s trendy. Quite frankly, the paleo and vegan people that go crazy to want of be a part of something, that’s great, but let’s try to go back to eating real again: that’s more important than following any trend or diet or going mental over a juice cleanse.

I am never going to personally judge my friends based on their choices, because every individual is different, and everybody has their “thing.” I, for example, love chocolate so much, and even though I try to cut back on sugar, there’s no way I could ever let go of chocolate. In the book, there’s a really great vegan dark chocolate avocado cake, and I created it so that there wasn’t so much guilt associated with eating cake at a celebration. A couple of weeks ago I made the cake for a party at the Quinn Hotel, and everyone went nuts for this cake. And then I made it again, for a surprise party for one of my girlfriends, and again, everybody went nuts for the cake, and we’re talking men, women, big, small, vegan, paleo, doesn’t matter. Everybody loves this cake, and that’s because, as Julia Child says, “a party without a cake is just a meeting.”

So you still need to live a little, and I’m not the most bland and boring person just because I choose to eat clean -- I’ve taken it upon myself to utilize my culinary background to come up with the most creative and unique broad spectrum of recipes to satisfy everyone. Of course, when I’m stuck at the airport and the only thing I have available to me is a bunch of packaged crap, sometimes I have to just go for it. But I’ll choose to go for the nuts, or the water, or I’ll even pack my own bottles of water so I can refill them at the airport. I’ll bring my own teabags on the plane. As soon as I land I go straight to a Whole Foods and pick the best fresh produce I can get.

In this sense, clean eating can become a lifestyle that’s easy to follow, and if you reset your palette you end up craving clean food only. You actually won’t crave the processed stuff once you change over; you’ll actually be kind of grossed out by it. If you make this lifestyle change the right way, you’ll end up resetting all of your habits and your entire life.

I mean it when I say that cooking is the greatest resource that every person has access to, in order to reclaim their health naturally. Sometimes it’s all about making small changes. You could be eating something that could be causing some kind of problem. For me, I was eating so much sugar that I was probably inflaming my body on my own, which led to acne. I stopped eating so much of that and it’s more or less subsided. You have to look at food as medicine, because it becomes a lot simpler to control your health when you can control what you’re cooking and eating.


Candice Kumai as told to Salon

MORE FROM Candice Kumai as told to Salon