You Must Hear This! The Cyrkle's "I'm Happy Just to Dance with You" 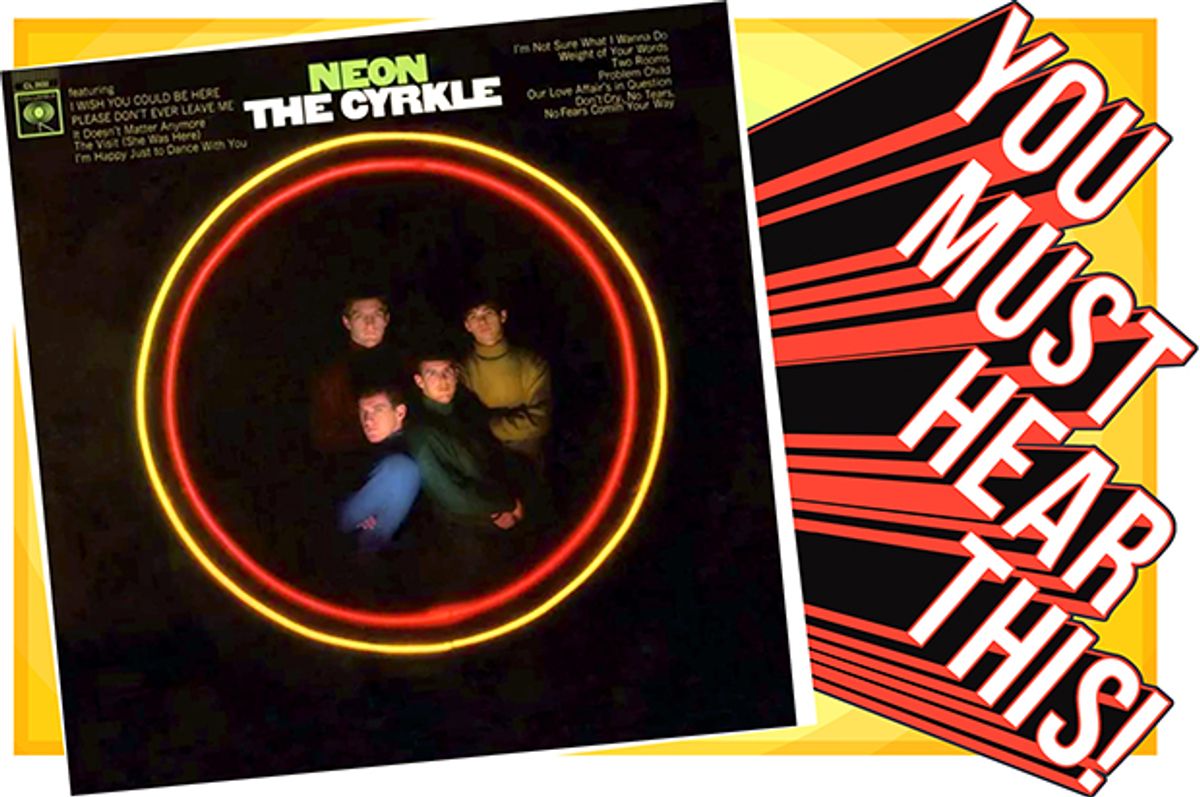 The Cyrkle had a pretty good run. They had two hit singles – one huge and enduring, the other less huge and less enduring. They were a very talented, very non-threatening psychedelic-lite band that failed to survive the turning tides of the popular music seascape of the late 1960s.

The story of their career may best be told in odd, random bullet points:

And, perhaps most incredibly:

None of these fun facts will prepare you for what I consider their... shining moment? I'm not sure exactly what I would call it. It transcends any traditional metrics like good and bad, or listenable and please god, make it stop. Bands covering The Beatles tend to treat the original song with a fair amount of dignity and respect. The Cyrkle? They decided to leave the original song out in the sun for three weeks, distill it into a lysergic cocktail and serve it to a homunculus.

You can't say I didn't warn you! If you know of a crazier Beatles cover, or a crazier anything cover, go ahead and share it in the comments.

Music The Beatles The Cyrkle Video You Must Hear This!