I'm addicted to British jerks: Even the most awful TV dudes are sexy when they sound a bit posh

Self-deprecating? Sarcastic? Better deliver that snark with an accent 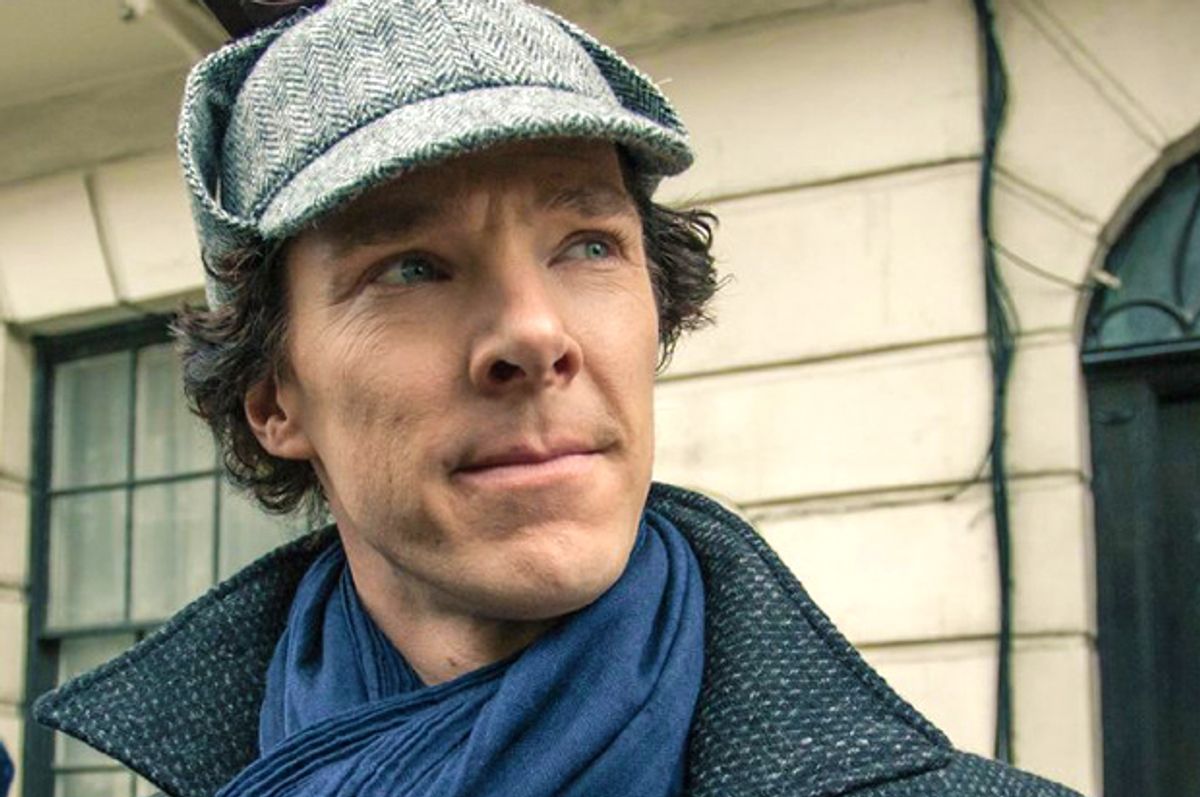 My favorite Harry Potter character is Snape. I enjoy observing the look on people's faces when I reveal this preference. “But how can you like him?” some people ask. The reason is quite simple. I prefer characters who aren’t clearly good or evil. Give me a mix of both over a hero. We all know heroes don’t really exist.

But there’s one other reason that I adore Snape. I’m attracted to English and Scottish snark. I like assholes with a British accent. From Hugh Laurie as Dr. House to Benedict Cumberbatch as Sherlock to even Dylan Moran (not British, but Irish accents work well enough for these purposes, too) playing a misanthropic, wiseass bookstore owner in “Black Books,” I’m all about this trope.

The British “have the world’s sexiest accents,” the Guardian reported in February. This information comes from a Time Out Global Dating Survey. But I think it’s even sexier when matched with a dry wit.

So I was more than pleased to discover two new shows this season that satisfy my itch. Steve Coogan plays an unhappy middle-aged ad executive in “Happyish,” a show created by the novelist Shalom Auslander for Showtime, which just concluded its first season, with the fate of a second still up in the air. "Happyish" isn’t afraid to use a bunch of profanity and poke fun at the brands we’re inundated with (the Keebler Elves and the Geico Gecko, for instance.) The writing really shines in the moments when Coogan delivers his negative views on the world:

“It’s the Prozac. It’s a hard-on killer,” he tells his wife while they’re in bed.

“Try some Viagra,” she suggests.

“I’m worried that the Viagra will interfere with the Prozac. That’s life. I’m either soft and happy, or miserable and hard.”

Give me the miserable and hard any day of the week. Or the completely ridiculous manchild I wouldn’t be attracted to if he had an American accent. Another 2015 debut with the worst title ever, Netflix's "Scrotal Recall" is a charming romantic comedy about a man who discovers he has chlamydia, and is forced to go through his list of all of the women he has slept with in order to inform them. The show flashes between the present and the past, and it’s addictive in a tender way. Dylan’s friend Luke is silly, a bit of a commitment-phobe, and reminiscent of Will Arnett’s charmingly oblivious character, G.O.B., in “Arrested Development.” He’s sexy in his complete lack of self-awareness. I find that trait infuriating in American men, but it works when the guy sounds posh. Most importantly: he makes me laugh. One of the best moments in the show is when he reenacts “Point Break” in a moment of unfiltered enthusiasm.

Perhaps my favorite example of the bad guy I shouldn’t love is Bernard Black in “Black Books,” a British sitcom that aired from 2000 to 2004. Dylan Moran plays an egotistical, chain-smoking, alcoholic bookshop owner whose favorite pastime is passing judgment on everything and everyone. He’s a self-described “reclusive wanker” who says he’ll “…die alone, upside down on the floor of a pub toilet.”

Give me the caustic. Give me the self-deprecating and mildly self-destructive.

FX’s “You’re the Worst” is an American TV show that features two kinds of charmingly despicable narcissists who fall for each other when they meet at a wedding. Gretchen, played by Aya Cash, works in PR and Jimmy, played by Chris Geere, is a loathsome, proud writer. One of my favorite scenes is when he visits a bookstore to place his novel on the staff picks shelf. As a former bookseller, that is one of my biggest pet peeves. How dare someone think they can replace someone else’s face-out with their own book? Independent bookstores are about curation. Yet somehow, his dickish move comes across as an earned confidence; a belligerent boldness. (This only works in a fictional universe. Don’t try to do this in real life, guys.)

“We use sarcasm as a shield and a weapon,” Ricky Gervais says of his fellow Brits in Time. “We avoid sincerity until it’s absolutely necessary. We mercilessly take the piss out of people we like or dislike basically. And ourselves. This is very important. Our brashness and swagger is laden with equal portions of self-deprecation. This is our license to hand it out.”

My teenage self went crazy for characters like Jack Dawson in “Titanic” and Patrick Swayze in “Dirty Dancing” — men with artistic, good souls. But now that I’ve lived twice as long, I’ll take a wiseass over a nice ass. That’s probably one of the reasons I’m attracted to my boyfriend. He’s from Florida, in case you’re wondering. But he has the wit of a Brit.