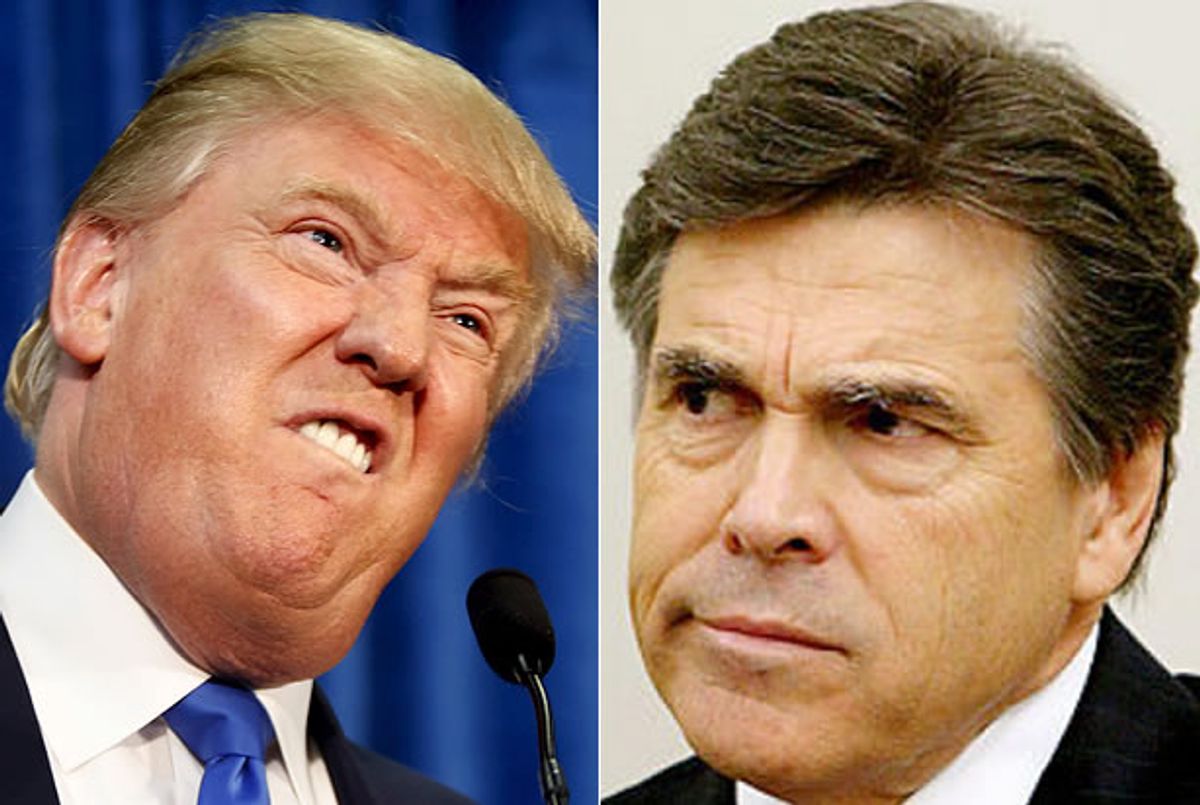 Every Republican candidate knows they can't win their party's nomination without winning the all-important Fox News demographic, and despite serious questions about the legitimacy of his campaign, it appears that Fox News would like their viewers to support Donald Trump.

According to research by Media Matters for America, Trump dominated the other candidates both in terms of the number of times he appeared on Fox News programming (10), as well as the length of time he spent on it (1 hour and 48 minutes).

Although much of that time was spent defending the inflammatory remarks he made concerning Mexican immigrants during his presidential announcement, he also sat down with Fox News' newly appointed "kingmaker" Sean Hannity for a long, detailed discussion of his position on a number of other issues.

Rick Perry -- another candidate considered marginal by organizations other than Fox News -- came in at a distant second, totaling seven appearances that logged in at 1 hour and 25 minutes. Carly Fiorina finished third, with six appearances and 1 hour and 16 minutes of face-time.

It could be that with 490 days left before the 2016 presidential election, Fox News is devoting more real estate to candidates unlikely to win the GOP nomination simply because such candidates are more giving of their time. Thanks to his war chest of dubious provenance, Jeb Bush can survive a mediocre showing in the Iowa primaries -- but for a candidate like Trump, Perry, or Fiorina, a strong showing could grant legitimacy to their quest for the White House, so it's incumbent upon them to gin up as much early support as they can.

Should they fail, of course, they'll at least have the option of continuing to appear on Fox News in a different capacity -- criticizing those whose campaigns didn't capsize in the early days of the electoral process.