New Texas history textbooks soft-pedal the cause of the Civil War: “It’s about states’ rights” 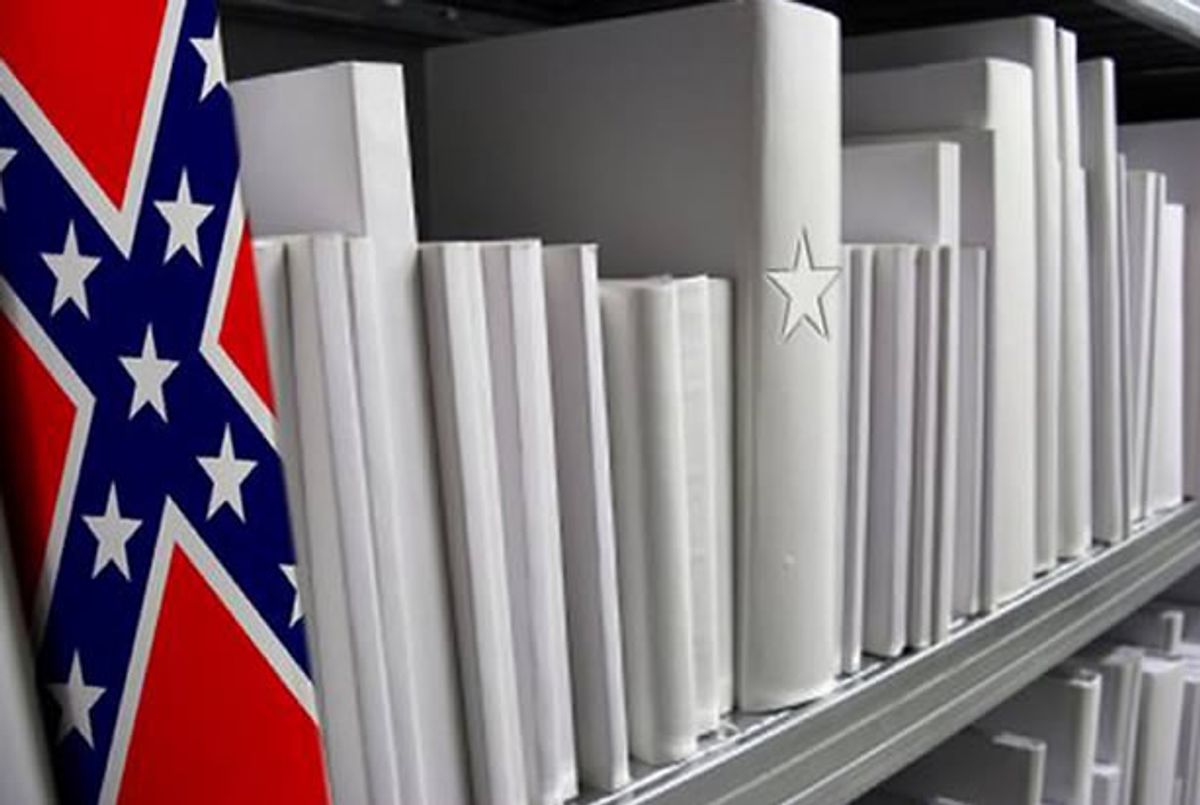 Millions of Texas schoolchildren will be learning about American history via a social studies textbook that locates the cause of the Civil War in Northern aggression against Southern states' rights and never mentions the Ku Klux Klan or Jim Crow, the Washington Post's Emma Brown reports.

Texas does not have the best track record when it comes to procuring textbooks free from overt political content. In 2013, the Texas state textbook review panel urged the Board of Education to reject any biology textbook that didn't include a robust rebuttal of Darwinism. As one member noted, "I feel very firmly that creation science based on Biblical principles should be incorporated into every biology book that is up for adoption."

In 2014, the State Board of Education considered adopting a Pearson history textbook that misrepresented the religious views of the Founders, claiming that "Moses helped establish a legal system, including the Ten Commandments, to govern his people. Similarly, the founders of the United States wrote the Constitution and established a system of laws to govern Americans. They were also part of a tradition that was familiar with the Ten Commandments as a guide for moral behavior."

When the standards that produced these textbooks were designed in 2010, the Republican board members who pushed for them were unambiguous as to their plan to remove what they believed to be "liberal bias" in the existing standards. Cynthia Dunbar, for example, said that country was always intended to be "a Christian land governed by a Christian people"

Another board member, Pat Hardy, claimed that slavery was "a side issue to the Civil War," and that the real reason it was fought "was over states' rights." Beliefs like those made their way into the standards, and therefore wormed their way into textbooks which are as notable for what they exclude as for what they include.

As Brown noted, Texas students are required to read Confederate President Jefferson Davis' first inaugural address, in which he makes no mention of slavery, but not his Vice President Alexander Stephens', in which he identifies "African slavery as it exists amongst us" and "the proper status of the negro in our form of civilization" as "the immediate cause of the late rupture and present revolution."

The dangers posed by such exclusions are not limited to Texas, however, as it is one the largest purchasers of textbooks in the country. Publishers often tailor the books that they will sell in other states to the Texas standards, meaning that compromises made to appease the Texas State Board of Education will appear in books sold in other states.

Thus can parents across the country look forward to helping their children write papers approved by conservative Texans, in which they're asked to extol the many virtues of Ronald Reagan or identify the sole contribution of Muslims to American society -- flying passenger planes into the Twin Towers on 9/11.