Patriotism is for winners: Why Millennials and Gen X are rejecting the national pride of their parents

Still disillusioned by the recession and mishandled wars, younger generations are much less likely to wave a flag 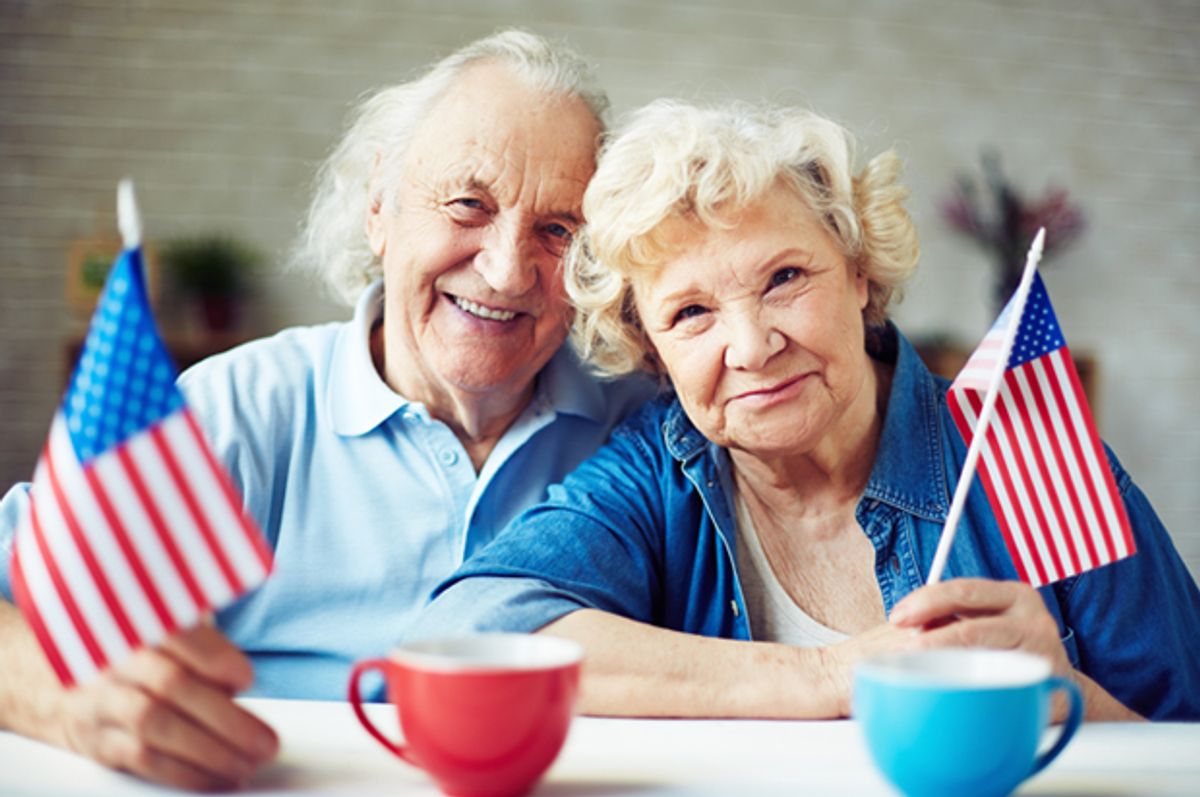 That magical generation called the millennials has been a source of fascination and frustration for Xers for a long time. Gen Xers -- who were born during the breakdown of the family, raised during crumbling faith in government, and saw many of their rites of passage marked by economic collapses -- see the younger generation as entitled narcissists. (They are the offspring of the Boomers, after all.) And millennials, like everyone else, write off Xers as slackers, cynics, pessimists, and so on.

But it seems that on at least one major index, Xers (hatched in the mid-‘60s to early ‘80s, by most counts) and millennials (mid-‘80s to about 2004) are a lot alike: Both generations are losing their faith on life in the United States faster than older generations.

This news comes from a new Gallup poll. The fall off in American pride was gentle but widespread, according to the Washington Post: “It's a day on which Lee Greenwood's "God Bless the USA" is probably second only to the National Anthem,” Aaron Blake’s post said, “but it seems Americans haven't been less ‘proud to be an American’ since before Sept. 11, 2001.” And the number with moderate, a little, or no pride has hit a 21st century high.

In the years after the 9/11 attacks, about 70 percent of the nation as a whole described itself as “extremely proud.” Now that figure is at 54 percent. Gallup’s own story puts it this way: “The reading of 54% in early June is about the same as the 55% recorded when Gallup first asked the question nearly 15 years ago, at the tail end of Bill Clinton's presidency. This indicates that patriotism is not necessarily a fixed characteristic, but can vary depending on circumstances -- most notably when the U.S. is under duress, as was the case after the events of 9/11 and the build-up to wars in Afghanistan and Iraq.”

There are a lot of reasons people would have mixed feelings with the course of the nation these days. The recession left a lot of Americans disoriented and despising the financial class, and a supposed recovery that has mostly benefited the one percent has not exactly generated patriotic feeling for the rest of us. The mishandled wars have made many Americans, across the generational divide, deeply queasy. And recent social progress has prompted serious backlash: A decent portion of the country simply can’t believe a black man is president or that same-sex marriage is legal. The Donald Trump crowd thinks Mexican immigrants are crossing the border to rape and pillage.

But a lot of this decline seems to hinge on younger Americans. The Post, again:

A major reason for less pride: millennials. No group broken down by Gallup had fewer people say they are extremely proud to be Americans. Just 43 percent of adults under 30 said this applies to them. (The definition of millennials also generally include those 31 to 35 years of age, though that's not broken out in Gallup's numbers.)

The Gallup poll isn’t calibrated by generations, exactly, but it’s hard to miss the trend here: Of Americans 65 and up – Boomers and Silents, mostly -- a full 64 percent say they are “extremely proud” to be Americans. That number declines as poll subjects get younger, until it’s all the way down to 43 percent for the youngest cohort (18 to 29, which is a solidly millennial category.)

There are all kinds of things at play here. Perhaps patriotic feeling grows as people get older, and these skeptical millennials will be “extremely proud” in a few decades. But it’s hard not to see that the generations that have born the brunt of the Great Recession and recovered from it the least are less enthusiastic about their American-ness than those who headed safely to retirement and who, for the most part, held onto their houses. (To be clear, there are Boomers who were devastated by the crash, but as a generation they have mostly bounced back.)

Members of Generation X have heard for a while now that they will be the first generation in American history to do less well than their parents. Many of them know it all too well. For all of the temperamental differences between Xers and Millennials and their heroes – Liz Phair vs. Katy Perry, say, or Q Tip vs. Drake -- these two groups may be starting to realize that they have more in common than they thought.