Discovery Channel vowed to do better this year. For the sharks' sake, let's hope they mean it 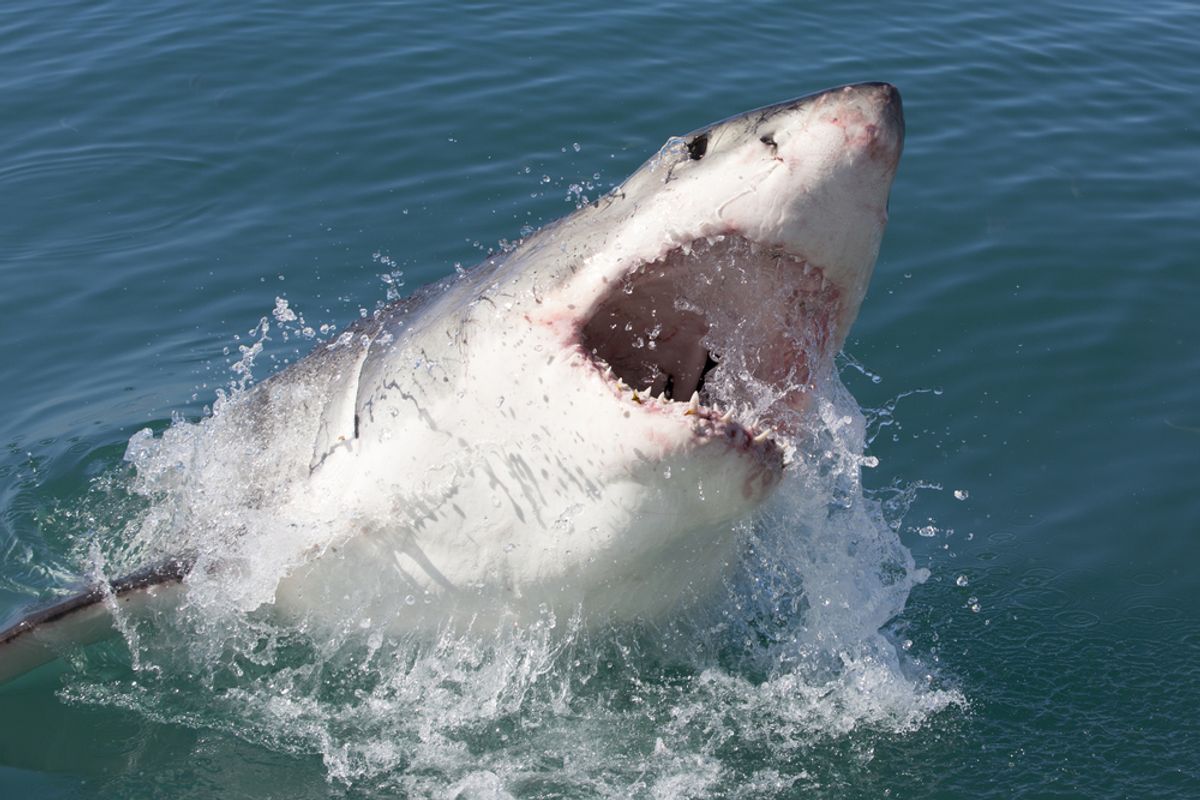 To hear Discovery Channel tell it, beach goers have long lived in fear of unprompted attacks from vicious, bloodthirsty sharks -- including those species that no longer even exist.

Shark scientists and conservationists, on the other hand, leave in fear of Shark Week.

The increasingly infamous celebration of the oceans' top predator is upon us again, with 19 hours of original programming that kicked off Sunday night. It's an event that's been derided in recent years for its fear-mongering and presentation of fake documentaries, some of which feature scientists who were tricked into appearing in them. Its relentless focus on the sensational over the factual has been a boon to the network's ratings but, experts worry, a threat to the public perception of a species that already has enough to be worried about: thanks largely to human activity, mainly overfishing, 25 percent of the world's sharks and rays are threatened with extinction, putting them at much higher risk than most other groups of vertebrates.

They're not a major threat to humans. They're incredibly important to coastal ecosystems. If Discovery gets one thing right, it's that they're fascinating -- but apparently they're just not as fascinating as the many myths and misconceptions that the network promotes.

In Vox, David Shiffman, a PhD candidate in shark ecology and one of Shark Week's most outspoken critics, details his conflicted relationship with Shark Week. It's one that leans heavily toward the negative, and he detailed the damage, to sharks' reputation and human intelligence alike, inflicted by most of the event's programming. "I love that the Discovery Channel spends so much time talking about my favorite group of animals," Shiffman confesses, "but I hate that so much of what's being said is wildly, ridiculously inaccurate, often so inaccurate that you have to laugh or you'll cry." After that, for him, comes correcting the record on Twitter.

Howard Swartz, Discovery's vice-president of documentaries and specials, is overseeing Shark Week this year, and promised they're going to try to do better. “We’ve made it very clear to the production companies that we’re not in the business of making stuff up and we’re not in the business of misrepresenting the great work that the science community and the research community are doing,” he told Vulture.

But while the network's taking pains not to put itself at odds with the science, added Rich Ross, Discovery's new chief, the information “still has to come in an entertaining showcase."

It's hard line to toe, as Salon's Joanna Rothkopf observed last year. And one night in, according to Shiffman, things are so far, not too bad: only one of the three documentaries aired last night, he wrote in a quick recap, traded primarily in bullshit, and he's looking forward to more science-friendly content to come. And if nothing else, he admits, Shark Week provides an excellent opportunity for motivated experts to promote factual information about the threatened species.

The question now is how to do so effectively. Tweetstorms and high-profile debunkings help, though most lack the reach of Discovery's viral content. So too, suggest the authors of a recent study on mitigating Shark Week's violent imagery, might public service announcements that emphasize the need for shark conservation. When presented with commercials that explained one's actual chances of falling victim to a shark attack -- and the number of sharks harmed by humans each year -- along with typical Shark Week content, their research subjects remained good and frightened, and continued to overestimate the risk posed by the marine predators. But, many also reported an increased interest in conservation. Young women especially were more likely to express interest in donating to conservation groups and support pro-shark legislation.

"That’s major," the researchers wrote in an article for The Conversation. "It means that Shark Week has the opportunity to turn at least some of its viewers into ocean advocates."

"Shark Week could end up being an unlikely savior for sharks," they concluded, "that is, if the Discovery Channel wants to use its vast reach to protect the creatures that have earned the network millions of dollars."

There are some signs it might: in addition to the conservation groups Oceana and One World One Ocean, the network this year is partnering with Sea Save Foundation, which "strives to protect our oceans by raising awareness about the beauty of marine ecosystems and their fundamental importance to human survival" and with Ghost Fishing, a nonprofit working to clear the oceans of abandoned fishing gear that threatens marine life.

As Shiffman sees it, there's no reason to think programming with a pro-conservation message -- that's well-made, to boot -- won't be just as much of a draw for audiences. “Some of the trash that aired the last few years shows that people will watch anything if it has the word 'shark' in the title,” he put it bluntly in an interview with Boston.com. “So why not make something good?”