Scientists might have discovered alien life on a comet [Updated] 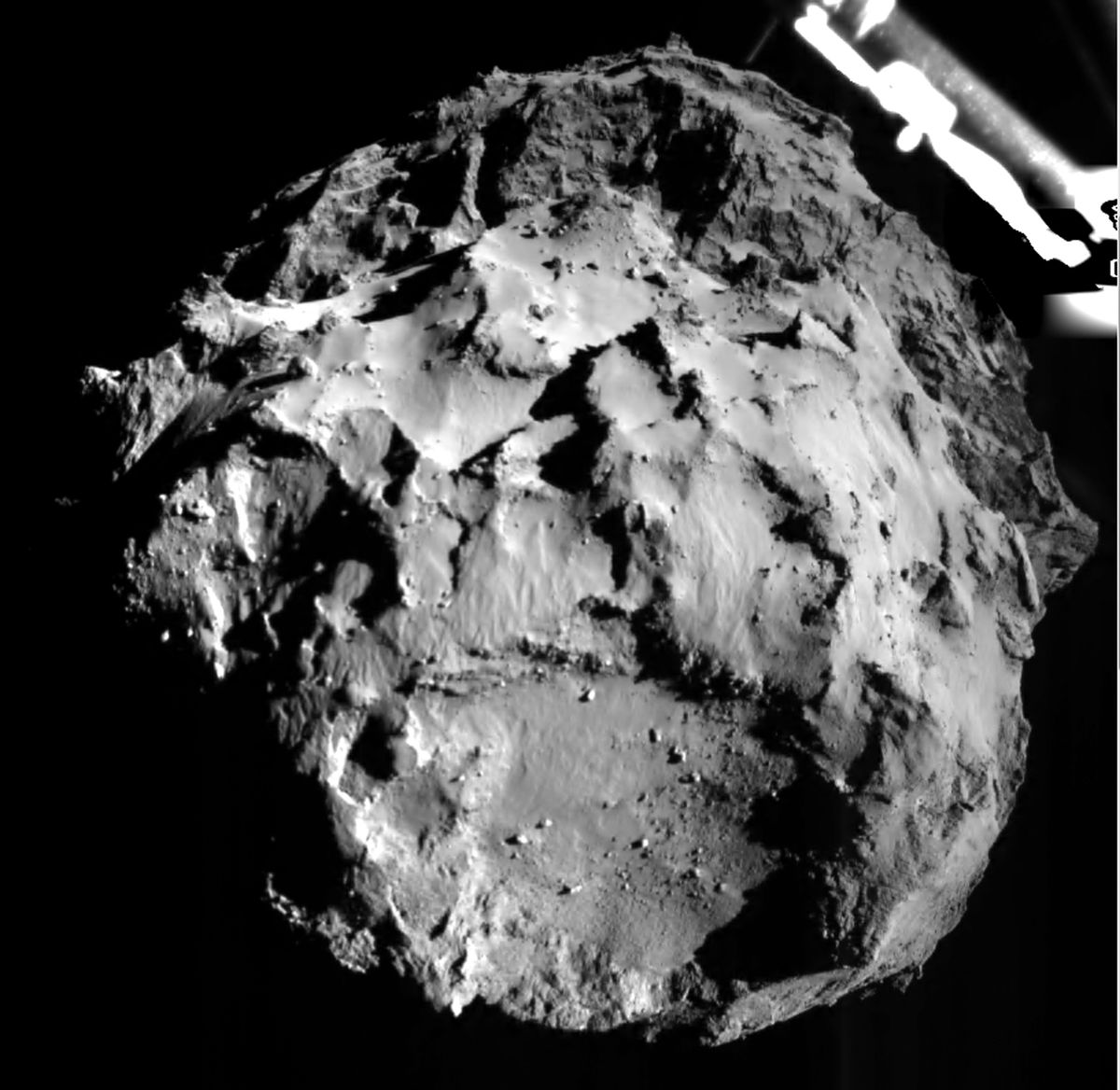 The picture released by the European Space Agency ESA on Wednesday, Nov. 12, 2014 was taken by the ROLIS instrument on Rosetta's Philae lander during descent from a distance of approximately 3 km from the 4-kilometer-wide (2.5-mile-wide) 67P/Churyumov-Gerasimenko comet. Hundreds of millions of miles from Earth, the European spacecraft made history Wednesday by successfully landing on the icy, dusty surface of a speeding comet. (AP Photo/ESA) (AP/ESA)
--

Editor's note: This article has been updated to reflect a retraction from the original source.

Update, July 7, 2015, 9:40am EDT: The Guardian, which initially reported the possible existence of alien life on the Philae comet, has issued a retraction:

The Guardian’s story “Philae comet could be home to alien life, say scientists” has been met with scepticism and outright dismissal by leading comet experts. [...]

[Evidence] for any life on Philae’s comet is flimsy at best. Even Wickramasinghe’s own colleague fell short of agreeing with him outright. At the academic lecture that triggered the story, Paul Sutherland of SEN reported Wallis as saying, “If there is any active biology in the comet, we’d hope to detect it”.

Landing a spacecraft on a comet might be an even bigger deal than scientists believed as recently as last year, when the European Space Agency pulled off the magnificent feat in November. According to new reports, the comet in question might be home to alien lifeforms.

Philae, the spacecraft that landed on comet 67P/Churyumov-Gerasimenko, underwent a period of hibernation that ended in June, and has since indicated that there might be "an abundance of alien microbial life" on the comet's surface, according to The Guardian:

Features of the comet, named 67P/Churyumov-Gerasimenko, such as its organic-rich black crust, are most likely explained by the presence of living organisms beneath an icy surface, the scientists have said.

Rosetta, the European spacecraft orbiting the comet, is also said to have picked up strange clusters of organic material that resemble viral particles. [...]

The scientists have carried out computer simulations that suggest microbes could inhabit watery regions of the comet. Organisms containing anti-freeze salts could be active at temperatures as low as -40C, their research shows.

[Astronomer and astrobiologist Chandra] Wickramasinghe said data coming from the comet seems to point to “micro-organisms being involved in the formation of the icy structures, the preponderance of aromatic hydrocarbons, and the very dark surface”.

Scientists also say the comet could provide a similar environment to the otherwise inhospitable areas on Earth occupied by "extremophile" microbes, though it's unclear what that means for those "terrestrial" organisms.