"True Detective" recap: A redemption, a murder, a rescue and a descent back into the underworld 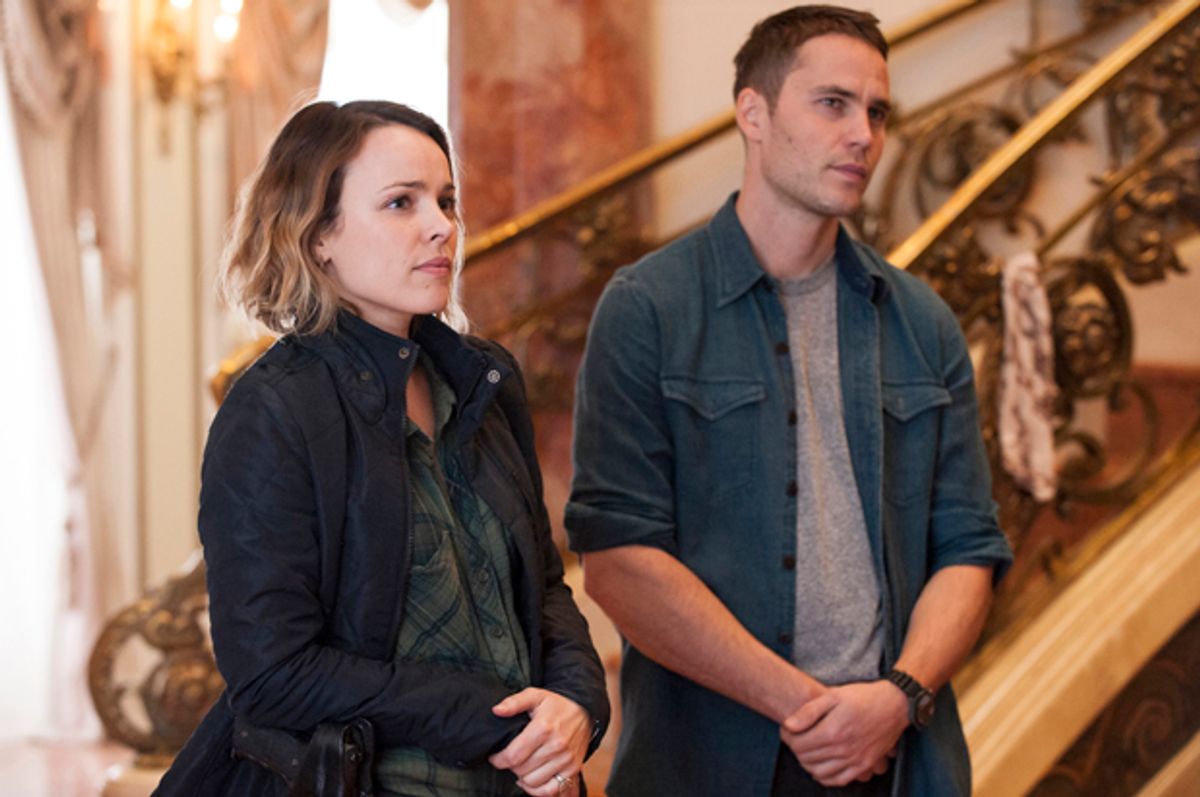 “Maybe Tomorrow” marks the first moment of “True Detective’s" second season where I felt outright disappointed with what I’d seen. With “The Western Book of the Dead” and “Night Finds You,” there were moments of flatness that I attributed to setting up or settling in. Perhaps that’s the case in “Maybe Tomorrow,” too. Last night’s episode delivers a little more concrete storytelling than the first two episodes, but it does so in a curiously anticlimactic way.

Starting with the most obvious, of course—Ray Velcoro isn’t dead, because this is a TV show. I don’t have any issue with Ray being alive because the Bird-head killer used rubber buckshot; I don’t even have an issue with Ray’s arc tracing near-literal death and near-literal rebirth, which is a trite but pretty plausible way of getting him to reevaluate his existence. But why end “Night Comes In” on Ray apparently dying, only to offer up what is a sour substitute for courageous storytelling in the next episode? It’s very “Breaking Bad,” without the style and substance of “Breaking Bad”—that show that took a lot of hackneyed devices and reminded us how they could be masterful; that was a show that specialized in long-term investment and slow, portentous storytelling. “True Detective” is not in either of those categories. Instead, it appears that the moment existed purely to make Ray’s redemption arc really, really obvious, and that’s when it does begin to annoy me—oh look, the predictable doctor asking him if he wants to live, oh look, the necessary attempt at coming to terms with the legacy of his father. I don’t think “True Detective” pulled that cliffhanger/reveal off, because I fail to see what it was even attempting to accomplish besides a quickly quenched gasp from the audience.

Perhaps it was all a lead-up to what is one of the most surreal moments from this show—an Elvis impersonator in Ray’s mind singing a cover of Conway Twitty's "The Rose" while he sits in the dark dive bar of the soul, across from a man we come to learn is his father. “You have your father’s hands,” the man says. Ray looks down, as do we: His hands are bloody, the skin over the knuckles split and bruised. It’s fascinating and moving; it makes no sense, in a good way. But for me, it wasn’t quite enough to counterbalance what came before, and if the point of the dream/vision was just to observe that Ray Velcoro has daddy issues, well, we knew that already.

I’m interested to see Ray beginning to put the pieces together, but the throwaway moments hit me more than the heavy-handed scenes with the doctor and his ex-wife: Moments like Ray telling Ani that he was hit with rubber buckshot, “you know, like, what cops use,” saying a lot about how he sees himself. As well as the lovely, if not quite character-consistent line, “Booze tends to take the edge off, and I wanna stay angry.” I’m not exactly surprised that the previously suicidal Ray has suddenly seen a glimpse of a life worth living because he got hit by rubber buckshot in a house in Hollywood. I believe it. It’s just also annoying.

The rest of “Maybe Tomorrow” is fine. It’s fine! It’s not bad, it’s not great, it’s just serviceable. There were so many scenes that I felt like I’d seen in some iteration before—Tough Guy Is Too Manly To Jerk Off Into A Cup; Hero’s Dad Hurts His Son’s Feelings, As He Has For Decades; Tough Woman Breaks Up With Needy Man At Work; Gay Man Is Too Manly To Let Himself Be Gay. Nothing necessarily wrong with any of these stories—it even directly fits into the show’s continued examination and deconstruction of masculinity, as we watch all these characters paint themselves into corners. But they all struck me as a little conventional, a little dramatically inert. Under the weight of expectation, the show seems to have settled for tried-and-true detective arcs, forgetting, perhaps, that “True Detective’s" first-season appeal was that the story was quite outside the realm of tried-and-true.

This is the first episode of the season not directed by Justin Lin, and the difference shows—highlighted awkwardly by Pizzolatto’s decision to write in a self-absorbed director character that resembles his former co-showrunner Cary Fukunaga. Without the vision of a seasoned auteur, “Maybe Tomorrow” is visually inert, too; where Fukunaga delivered chilling atmospherics, and Lin reliably offered action-movie romance, newcomer Janus Metz Pedersen can’t quite give “Maybe Tomorrow” that same visual signature.

There are a few exceptional details, though. If I can locate what interested me most about this episode, it comes down to a handful of moments. James Frain as the corrupt Vinci official hassling Ani’s crime scene. Paul and his buddy from the war, swaggering exaggeratedly outside the arena, the macho posturing of two men with too much to prove. (Later, an “American Sniper” billboard looms large above Paul as he questions sex workers.) Frank’s wife, Jordan, played by Kelly Reilly, throwing the plastic sperm cup at his head, adding, “Suck your own dick,” which matched up with Ani asking the man she was breaking up with to be “a little mature.” The guy in Frank’s club giving information to Paul about the circuit of sex workers ushered from place to place, before hurriedly adding: “I wouldn’t talk to any of them. You’d just get them in trouble.”

These brief moments and skipped scenes and slight glimpses are all we get of the other story of “True Detective,” the story of the other people in this world. Jordan, Ray’s ex-wife Gena, the women who are exploited, the dissipate starlet who accused Paul of taking advantage of her state, the one Ani refers to as “loaded”: They made a chord of dissonance, a chorus of frustration running against the prevailing melody of “Maybe Tomorrow.” They are almost all nameless—it’s hard to pinpoint Jordan’s or Gena’s names in the narrative; the prostitutes are interchangeable; the starlet is just referred to as a “chick.” And yet the palpable vexations and tensions of all these women, as well as the undeniable presence of e-cig-toting Ani, says to me that “True Detective” has no illusions about its men and its concerns. (As the bright-eyed male prostitute Paul gets information from concludes, this show is rollin’ “angsty cop drama.”)

What does perplex me, at this point, is why it’s concerned with those men. We’re trailing human disaster Ray Velcoro when his far more interesting ex-wife (played by the phenomenal Abigail Spencer!) is right there; with Frank’s performance of violent masculinity (now, with tooth-pulling!) when Jordan’s slow-burn frustration mingled with her long-standing compassion for her husband are so tangible even in the few minutes she’s on-screen. I like Ani, and this episode made me more interested in Paul and even Ray, but the characters at the center of this story are so far clusters of tropes that poorly cohere into individual characters. The people who seem like real people are all at the fringes of the narrative; the protagonists are, to borrow Frank’s word from last week, seemingly papier-mâché—layers and layers of patchy armor over a core that doesn’t exist.

I’m relatively certain that is a crucial thematic element to this season. But Nic Pizzolatto has given himself a hard task, in that case: Making a story out of four people who aren’t really allowing themselves to be human makes for a story that constantly feels like it’s sliding away from what really matters. These are characters that run away from intimacy—from the hard conversation at the end of the day, from the memory of what a relationship used to be, from a plea to be different or better than they used to be. They are instead running toward something that so far eludes their capture—a white-masked man, apparently, who sets cars on fire. A white-masked man whose capture might provide them with the real thing they’re searching for, a thing they cannot name, a thing they left behind on the couch with the ones they claim to love.