"It's not ordinary Mexicans doing the raping, it's the thugs, and Trump should have made that clear," he added 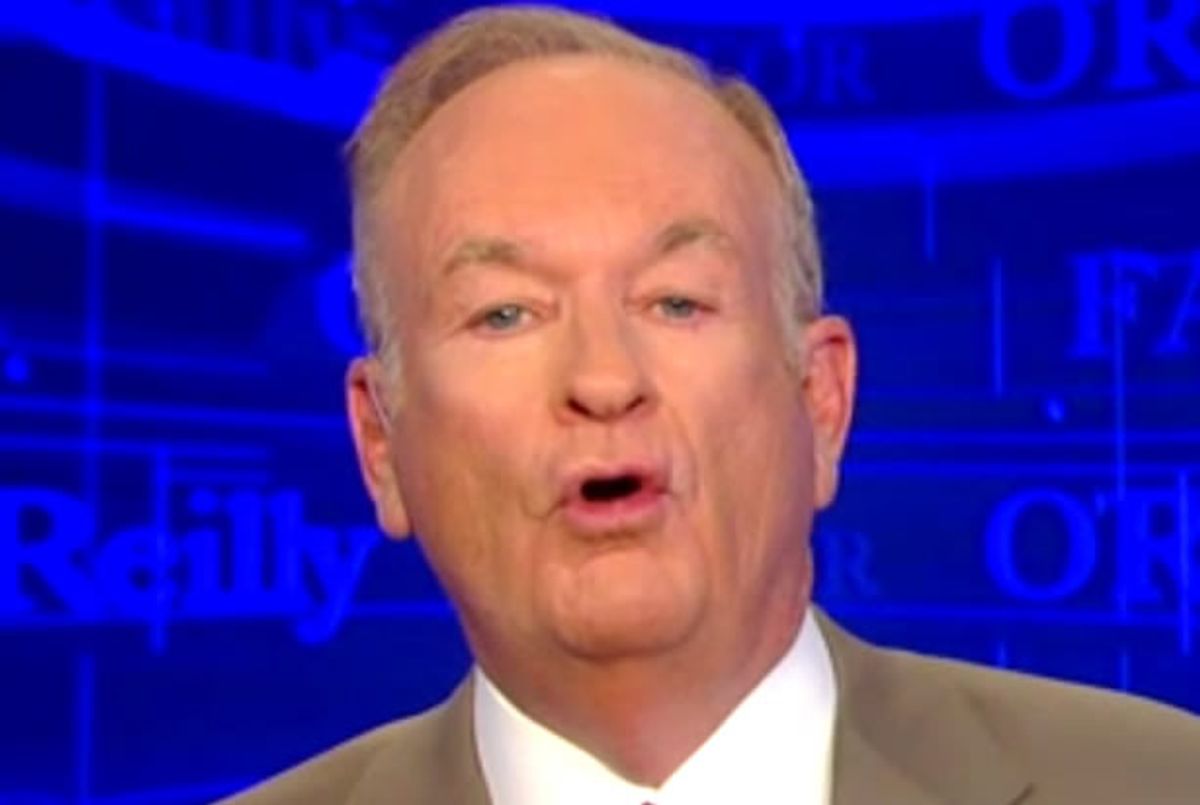 On Monday's edition of "The O'Reilly Factor," the eponymous host addressed what he referred to as "the vilification of Donald Trump" -- by which he meant people quoting what he actually said, and not, as O'Reilly did in this segment, divining what he might have actually meant.

O'Reilly began his defense of the real estate mogul by claiming that Mexico is essentially a lawless country run by "thugs" beholden to drug cartels, some of which "have branched out into human smuggling, paid by desperate migrants to get across the border."

"In the process," he added, "many migrant women are sexually molested, and that is the rape situation that Donald Trump mentioned." It may very well be true that Trump meant to finger the the coyotes who help people cross the border when he referred to Mexican immigrants as drug-smuggling rapists -- but that is demonstrably not what he said, which was that Mexico was "not sending their best," and that the ones the country did send "are bringing guns, they are bringing crime, and they're rapists."

O'Reilly further clarified on Trump's behalf, saying that "it's not ordinary Mexicans doing the raping, it's the gangsters," and Trump "should have made that clear." Clarity is something O'Reilly also should have striven for here, as even in his "improved" version of Trump's remarks, there's a fundamental problem with the logic -- namely, that the coyotes responsible for raping the people being smuggled across the border do not, themselves, become undocumented immigrants. That's simply not in their job description.

This disconnect is never more apparent than when he discussed the murder of Kate Steinle by what he referred to as a "criminal alien." No one disputes that Steinle was brutally murdered by undocumented immigrant Francisco Sanchez, a known felon who had been deported no fewer than five times, but this crime is not -- as O'Reilly would have it -- proof that Donald Trump is correct about the inherent criminality of the Mexican people. Sanchez can't be one of the "gangsters" to whom Trump referred in O'Reilly's sanitized version of his comments, because Sanchez was actually in this country, not assisting in the smuggling of people into it.

Steinle's death is simply a matter of convenient timing for GOP presidential candidates and the talking heads who feel compelled -- or are, by their network brass, actually compelled -- to go to bat for Donald Trump.

But for O'Reilly, San Francisco's status as a sanctuary city and the federal government's unwillingness to confront it for being so means that "the mayor and city supervisors of San Francisco are directly responsible for the murder of Kate Steinle, and the Obama administration is complicit."