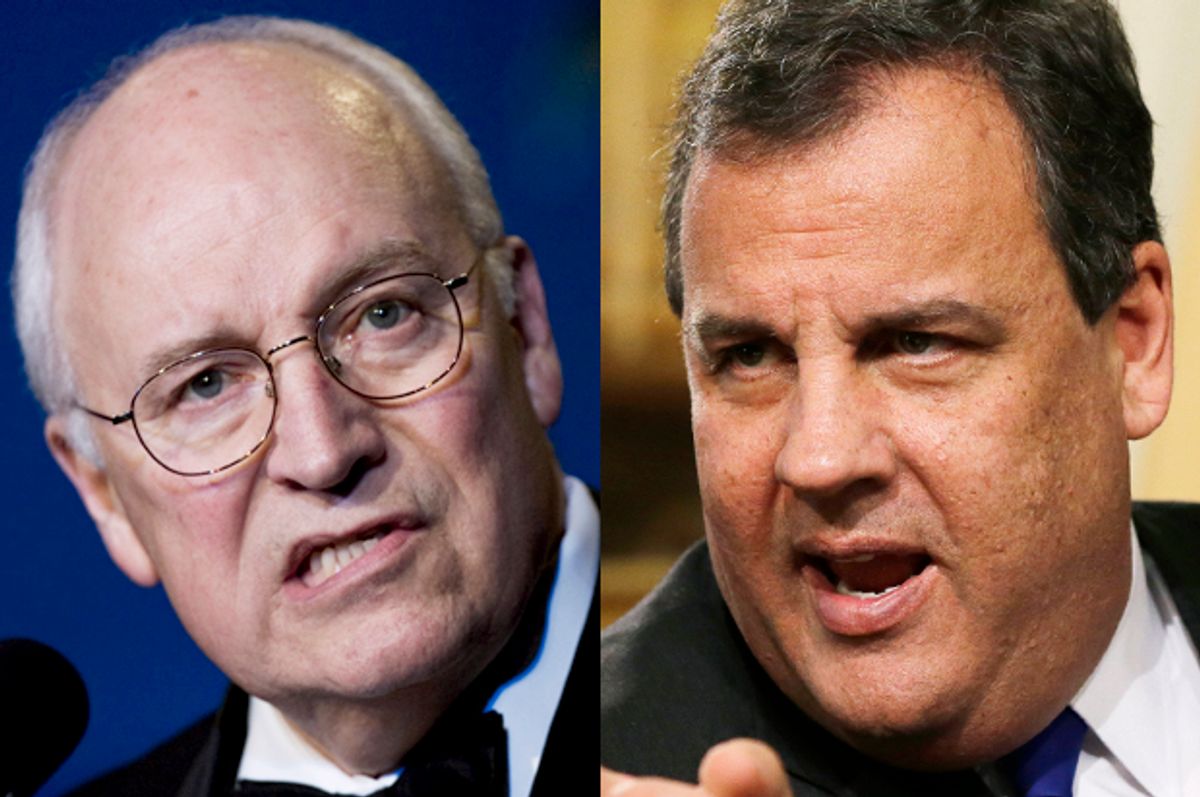 When silver-tongued serpent and New Jersey Gov. Chris Christie announced last week that he would be spending the next six months or so “telling it like it is” on the presidential campaign trail, the news was most relevant to two specific groups, but for opposite reasons.

For campaign reporters, Christie’s entrance into the race was icing on the cake; a race already full of supremely quotable and larger-than-life candidates, such as Ben Carson or Donald Trump, became even easier to sell as bizarro entertainment. Reporters don’t take Christie particularly seriously as a White House contender anymore. But the man remains an absurdly reliable fount of zingers, one-liners and that most important resource in all of political journalism: conflict.

The news was also a big deal for the folks running the campaign of one of Christie’s new competitors, Kentucky Sen. Rand Paul. But while Christie’s arrival was a gift from the gods as far as the media was concerned, for Paul, the loudmouth governor’s timing could hardly have been worse. Not only did it raise the chances that Paul’s doomed and already-struggling campaign would get less attention, but it also meant that one of Paul’s most belligerent foes would now be a consistent thorn in his side. Even worse, with his chances of actually winning so low — and his reported interest in running a vanity campaign so high — Christie’s campaigning as if he had nothing to lose was a real possibility.

Christie’s been officially campaigning for barely a week now, but he’s already given us a pristine example of these two intertwined dynamics in action. Appearing Monday at his unofficial campaign headquarters, the set of MSNBC’s “Morning Joe,” Christie took a massive swing at Paul, launching exactly the kind of demagogic, irresponsible and sensationalistic offensive the pseudo-libertarian senator’s advisers likely feared. “[H]e should be in hearings in front of Congress if the country is attacked,” Christie said of his rival, who’s distinguished himself with opposition to the Patriot Act and the NSA.

Implying that Paul would hold at least moral responsibility for a hypothetical terrorist attack wasn’t enough, though. That’s the kind of McCarthyite smear Paul — and all other opponents of an untrammeled national security state — has been parrying for years. Christie being Christie, he had to say more. So he took it one step further, denying that Paul’s crypto-terrorism was at least sincerely held and suggesting Paul was doing it for financial benefit. “It’s disgraceful,” Christie said of Paul’s attempts to fundraise off of his NSA opposition.

As CNN and others have noted, this is an amusing charge, considering Christie’s history of using his dust-ups with Paul over this issue as — you guessed it — an excuse to ask strangers for money. But for a candidate like Paul, who relies heavily on his image as an outsider who is more of an evangelist for liberty than a typical politician, accusations of hypocrisy aren’t going to go very far. And while the idea that Paul is endangering lives through his grasping ambition has been raised before (specifically by another Paul foe, Sen. John McCain) it hasn’t gotten nearly as much play yet as it will during the Sturm und Drang of a campaign. From Paul’s perspective, in other words, none of what Christie said on Monday was good.

Still, it’s worth pointing out one way that Christie’s attack won’t redound to his benefit, even on its own terms. Charges like these are, to put it mildly, not very presidential. There’s no doubt that many rank-and-file Republican voters would probably agree with Christie; and they would definitely agree if we swapped Paul’s name out for that of a prominent Democrat. But for the kind of elites who set the norms of presidential campaigns — the ones who aren’t longtime subscribers to the Weekly Standard, I mean — this kind of fearmongering, rabble-rousing gutter politics is frankly gauche. It’s the kind of stuff that Richard Nixon, as president, would want to say but knew he had to leave to Spiro Agnew instead. It’s intellectually worthless and ethically grotesque.

But that’s exactly why Christie’s slim chance of winning the nomination is, for Paul, such a grievous threat. Whether the Garden State’s deeply unpopular governor is hoping to spend the next few years throwing bombs from behind a desk at Fox News, slapping backs and greasing palms as a lobbyist in Washington, or becoming the standard-bearer for the GOP’s neoconservative wing while waiting for 2020 or 2024, doesn’t really matter. Either way, if Christie spends most of this campaign throwing haymakers in Paul’s direction, his future prospects won’t be harmed. He’ll always be able to say, after all, that he’s just telling it like it is.