Jon Stewart savors Donald Trump's epic self-destruction: Getting mad at him is like getting mad at a monkey for "throwing poop"

Stewart made the most of his time before signing off for a two-week vacay (with more Donald, of course) 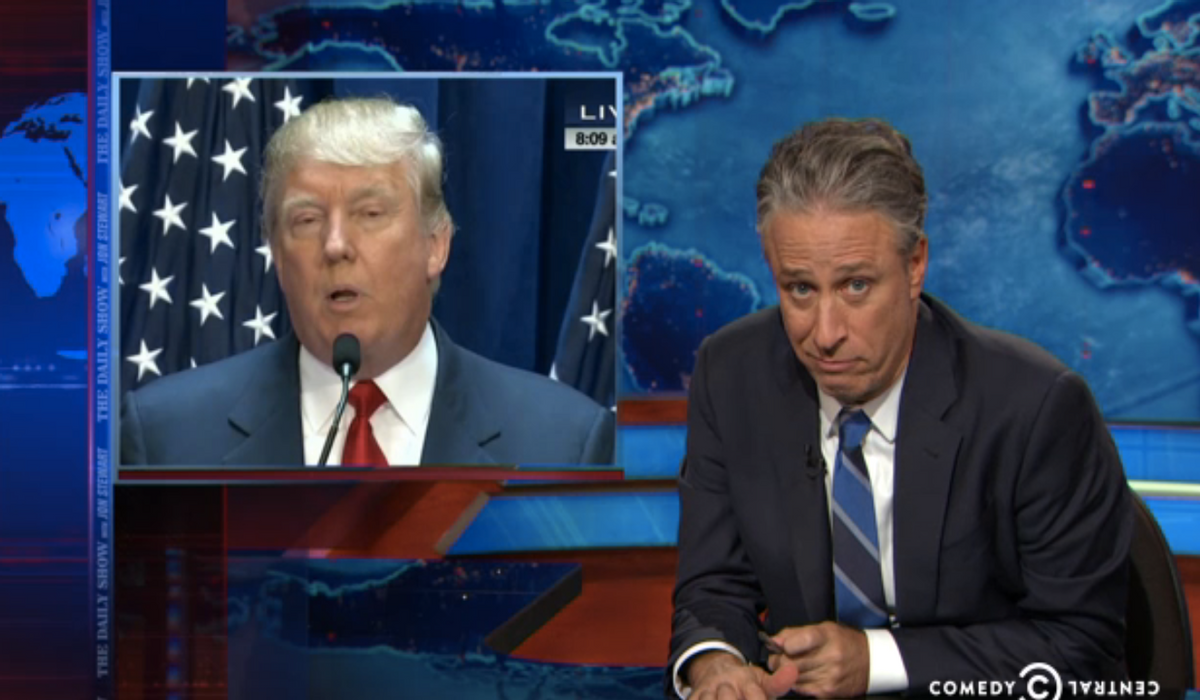 Before jetting off for a two-week "Daily Show" vacay, Jon Stewart decided to pay tribute to the one guy who has been there for him through thick and thin: Donald Trump. The Trumpinator. Fuckface Von Clownstick. You get the gist.

In recent weeks, the GOP presidential hopeful has provided Stewart with a lifetime supply of comedy material. Somehow, "The Daily Show" host managed to whittle the list down to fit in a 10-minute segment.

Focusing in on the most recent fallout over Trump's disparaging "rapist" comment —  including a slew of companies pulling out on contracts with the business magnate —  Stewart expressed shock that they were willing to work with him to begin with.

"I am shocked! I am shocked that so many people were okay with doing business with Donald Trump up until this point," he said.

Something Stewart was not shocked about: That Trump has failed to use his post-bid television interviews to walk back on his "rapist comments." ("Walking back is for losers," Stewart explained -- Trump wants you to know he is not one.)