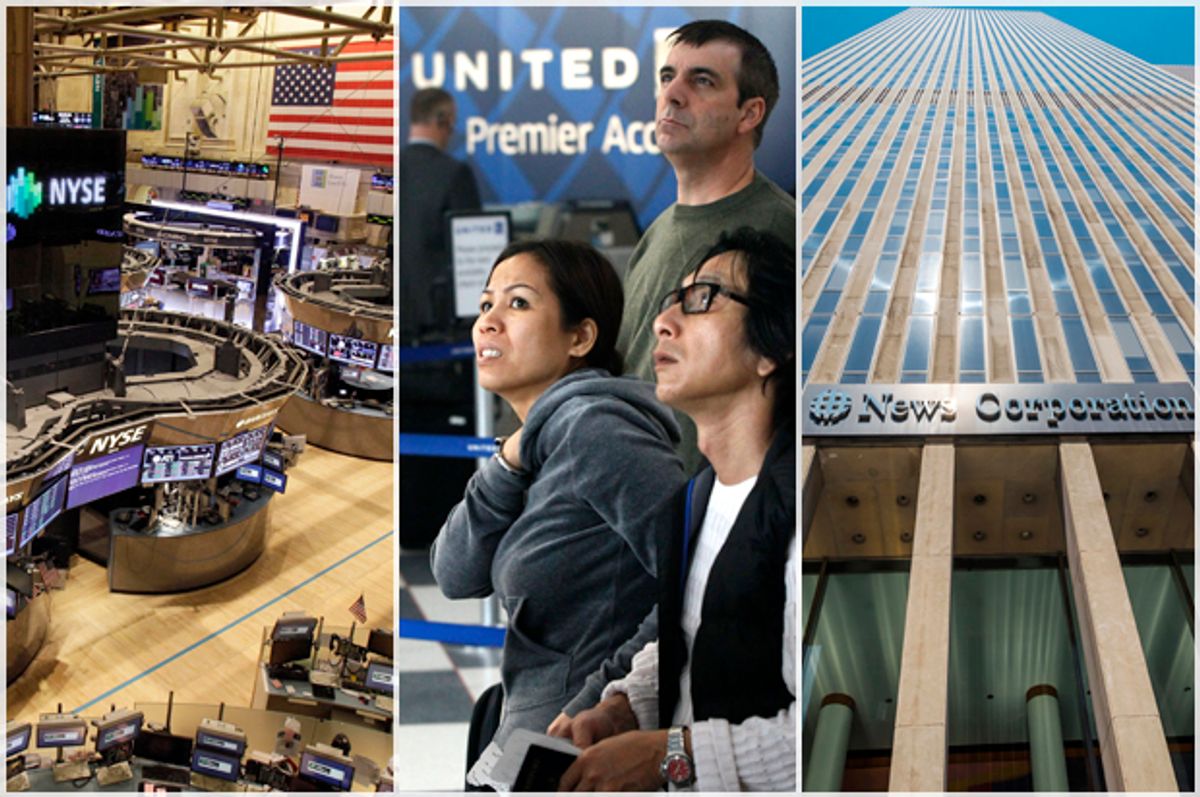 Multiple news organizations are reporting that all trading on the floor of the New York Stock Exchange has been halted.

"NYSE/NYSE MKT has temporarily suspended trading in all symbols," a statement on the exchange's status page read. "Additional information will follow as soon as possible."

The director of floor operations told CNBC's Art Cashin that "it been a little bit of a bumpy day. We had some technical problems even before the opening." Earlier this morning, word spread that there was "a reported issue with a gateway connection," though it's unclear if that's related.

The website for the Wall Street Journal also went dark this morning, and United Airlines was forced to ground all planes after experiencing what company representatives described as a "network connectivity issue."

This is the second time in less than a month that United has experienced a problem. On June 2nd, the company halted all takeoffs after an error with their computer systems led to a lack of "proper dispatch information."

A Department of Homeland Security official told the Huffington Post's Jennifer Bendery that there's "no indication" that any of these situations are the result of a cyber-attack.

UPDATE: The assurances from DHS notwithstanding, it's worth noting that last night one of the Twitter accounts associated with the hacktivist group Anonymous wrote the following not-all-that-cryptic tweet: