The latest revelations are "vindication," — but is that all there is? 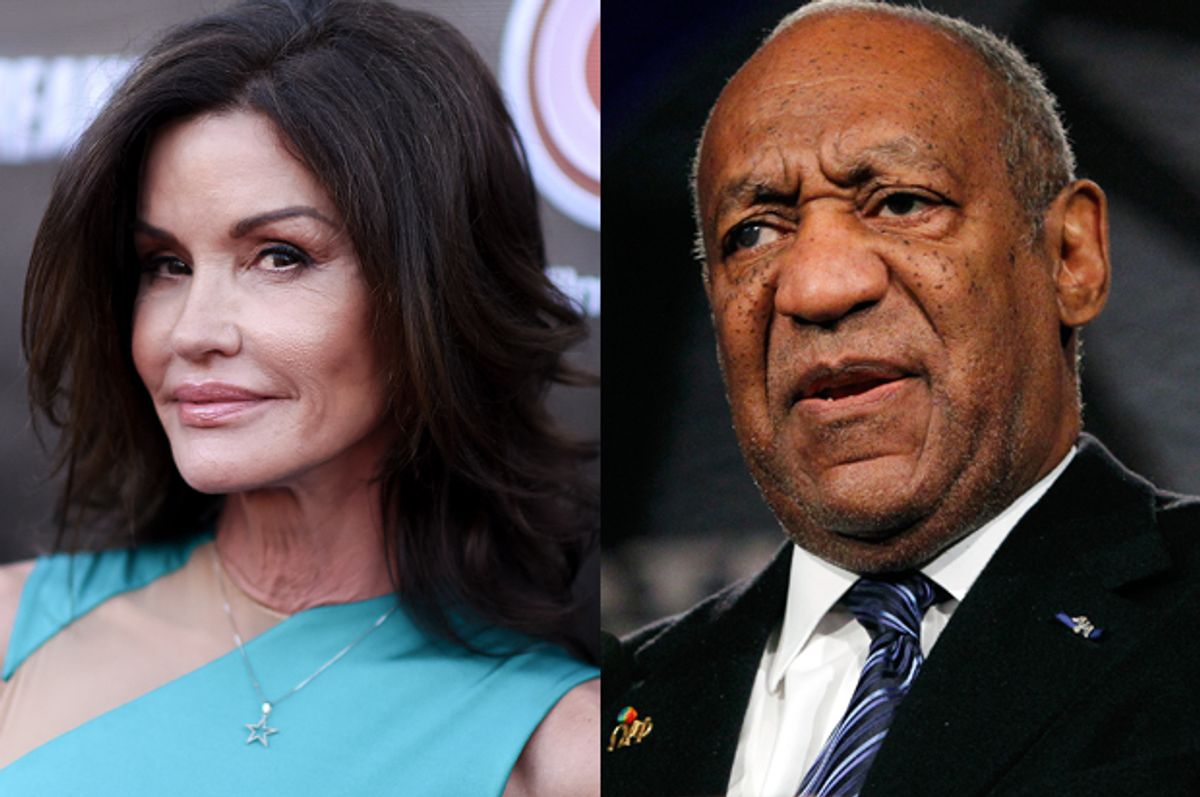 There have been whispers and rumors for decades. It's been a full ten years since the court case brought forth by Temple University employee Andrea Constand, the one that included testimony from a dozen other women. It's been nine months since Hannibal Buress stood up on a stage and opened the floodgates when he declared, "You rape women, Bill Cosby." And this week, the Cosby empire crumbled a little bit more with the release of his 2005 court testimony that he "obtained seven prescriptions for Quaaludes," and that he replied affirmatively that the drugs were "for young women that you wanted to have sex with." But do the latest revelations bring a measure of justice for the three dozen women who have said that Bill Cosby sexually assaulted them? And what, if anything, would justice for them look like?

Speaking on CNN's "Erin Burnett OutFront" Tuesday, Victoria Valentino, who last year came forward to say that Cosby drugged and sexually assaulted her in 1970, said that "At last we are being validated, and there is vindication. This has opened the door for all of us to speak out against rape culture in our society. Just because someone is famous and wealthy and powerful does not mean he gets away with it. He doesn't get to drug and rape women. And we don't have to live with the shame and blame." And Barbara Bowman, who last year painfully observed that "Only after a man, Hannibal Buress, called Bill Cosby a rapist in a comedy act… did the public outcry begin in earnest," said on the show that "I knew that someday, someway, something would break."

But model Janice Dickinson, who says Cosby raped her in 1982, was far more restrained in her response. "I don't know how to feel," she told "Entertainment Tonight" Tuesday. "I don't have the strength at the moment until each and every one of the women that have accused Bill Cosby, along with myself and a few other women -- I want an apology for each and every one of us in order for my soul to heal. I don't feel any 'hip-hip hooray.'" And when asked what she'd say to him in person, she replied bluntly, "I would say to him, 'Just stop. Please cut off your testicles and your penis.'"

An apology or any acknowledgement of wrongdoing whatsoever from the 77 year-old entertainer seems highly improbable at this point. And formal justice may be hard to obtain as well. It's encouraging that model Chloe Goins, who says Cosby drugged and assaulted her at the Playboy Mansion in 2008, says she met with Los Angeles police in January, and this week a spokesperson for the LAPD confirmed "There is an investigation open." There is also a possibility for new civil lawsuits based on the new information. But for most of Cosby's accusers, the statute of limitations on pursuing criminal charges has long expired. The opportunity for a personal gesture of atonement is likely all but gone as well. Satisfaction won't come from Cosby, or, probably, the courts.

But it is possible that the vast amount of attention the story has drawn, finally, represents a turning point in our cultural understanding and acknowledgment of the nature of sexual assault. That may yet bring about positive change, and a better shot at justice, for others. As Bowman said Tuesday, "It was quite a moment to say finally, finally, somebody is listening, and now everyone is listening, and knows the truth." That is not a small thing.  And just this past winter, Bill Cosby issued a cheerful statement thanking his fans for their support and vowing, "I'm far from finished." But as Disney removes his bust from its Hall of Fame Plaza in Orlando and reruns of his show are being pulled from syndication, maybe there's at least a little measure of satisfaction to be had in the clear indications that yeah, Bill Cosby, this time you really are.