"That's what they do -- they pick on these smaller towns that can't defend ourselves," he said 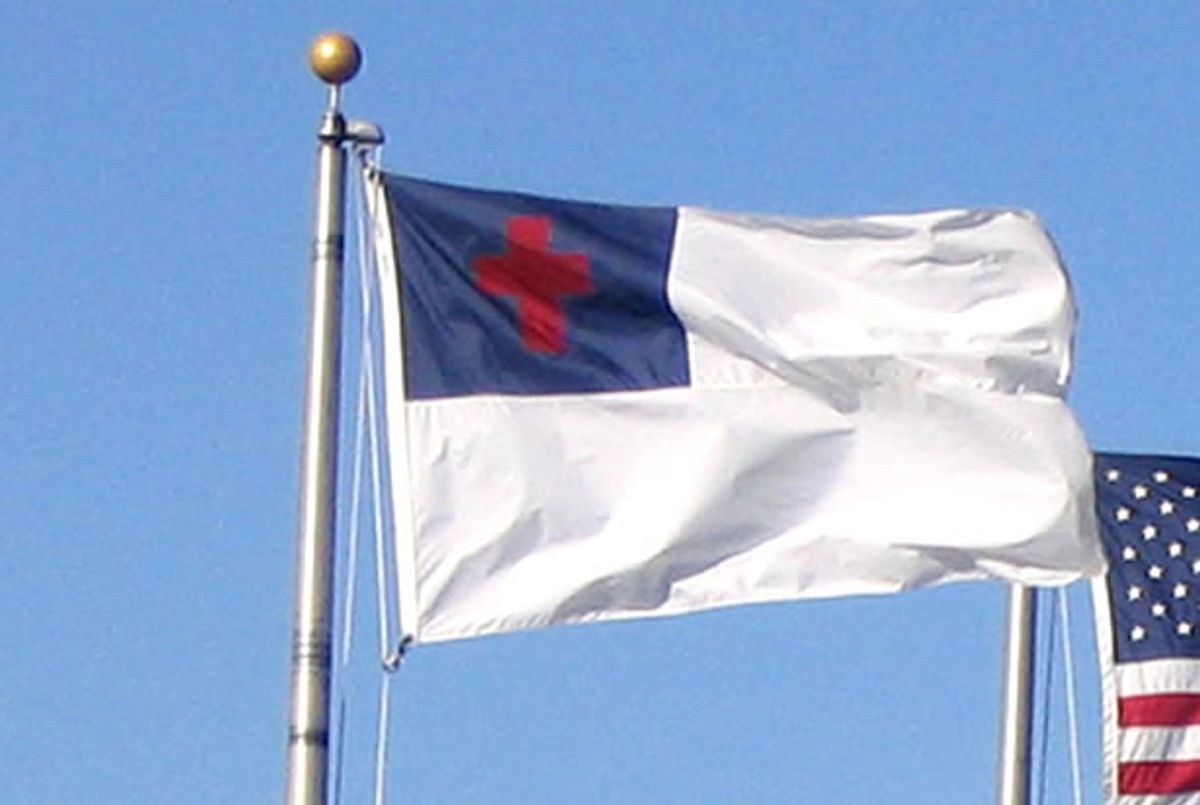 In order to save it from financial ruin, the mayor of a small Alabama town capitulated to a request by the Freedom From Religion Foundation (FFRF) to remove the Christian flag that had flown above city hall for over two decades.

Glencoe Mayor Charles Gilchrist told WBRC's Dixon Hayes that the Christian flag -- a white banner with a blue canton containing a red cross -- raised by former Police Chief B.J. Alexander in the 1990s had been removed because of what he described as a "legal matter."

The legal matter in question was the lawsuit threatened by the FFRF, which stated in its letter that "[t]he Christian flag was designed by Protestants in the early Twentieth Century [and] each of the flag's colors represents a different aspect of Christianity" -- and that "[i]t is unconstitutional for a government entity to fly a flag with a patently religious symbol and meaning on its grounds."

The letter also mentioned that the city of King in North Carolina refused to remove a Christian flag identical to the one being flown in Glencoe, and that it eventually had to settle a $500,000 lawsuit and pay over $50,000 for its recalcitrance.

"That would just about ruin us," Mayor Gilchrist said. "That's what they do -- they pick on these smaller towns that can't defend ourselves." He clearly wasn't happy about having to remove the flag, but "I have to look out for the best interests of the city."

Plus, if he really needs to be reminded of whatever the flag reminds him of, he can always just look next door, where it's still flying above the First Baptist Church of Glencoe.