"South Carolina does not do subtle racism": My life inside a segregation academy 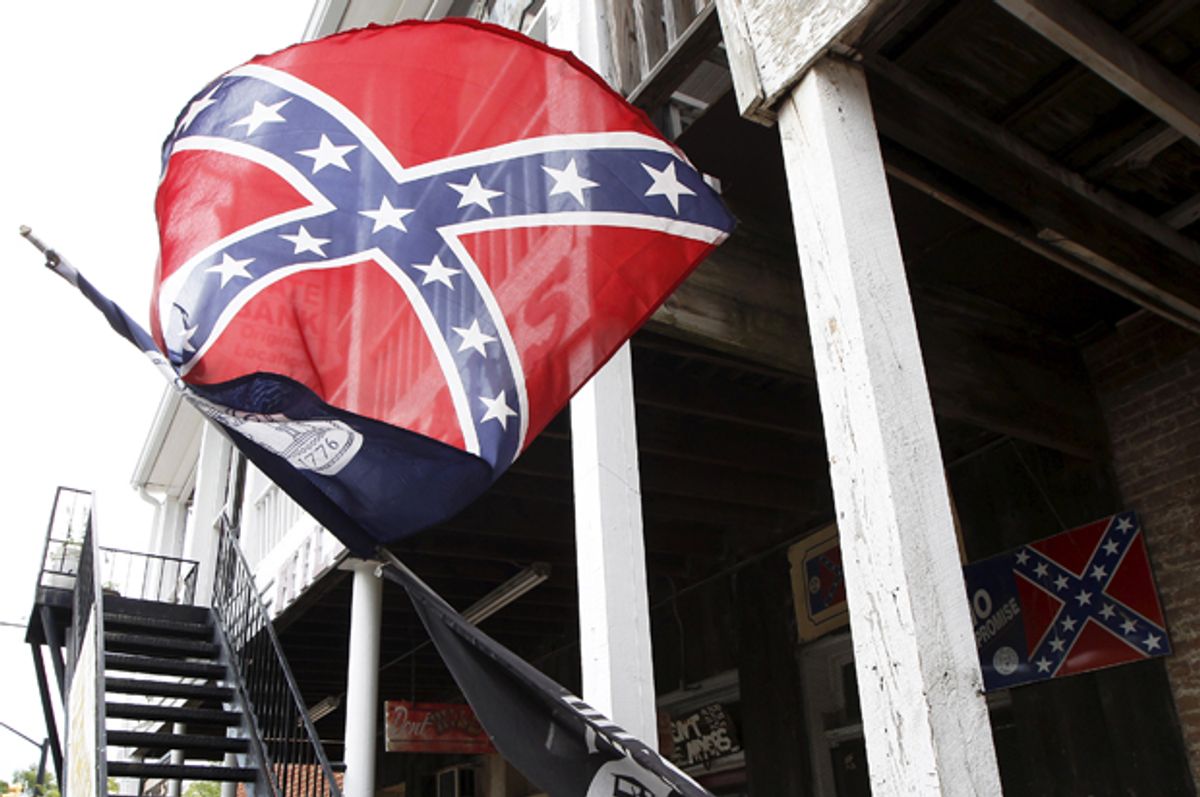 In the wake of last month's Charleston massacre, Gov. Nikki Haley has called for the Confederate flag to be removed from South Carolina’s Statehouse grounds. She’s not alone. Other politicians and pundits have said the same and folks from around the country have been flooding Facebook with petitions that demand its removal. With the Senate voting today in favor of its removal, the state is one step closer to making that happen.

Yes, take it down. The Confederate flag represents a racist regime that fought to maintain slavery and all the brutality that came with it. Take the flag down. But, please understand that just by doing that we haven’t solved the problem of structural racism deeply rooted in the United States and in South Carolina. Indeed, I’m a product of that racism.

In the 1980s, I was a student at a segregation academy -- a private school created for white kids while public schools were being desegregated in the years following Brown v. Board of Education. These academies were designed for parents who didn’t want to send their sons and daughters to school with black kids. By the mid-1970s there were about 200 of them in South Carolina.

The segregation academy I attended in Orangeburg, about an hour inland from Charleston, was called Wade Hampton Academy, and it was founded in 1964. The school was named after a Confederate general and Reconstruction-era governor who was supported by the Redshirts, a paramilitary group that violently suppressed black voting. The school’s mascot was the Rebel—a bearded man dressed like an antebellum planter, nonchalantly leaning on a cane, with a Confederate flag fluttering in the breeze behind him just as it did in front of the school.

South Carolina does not do subtle racism.

In 1986, Wade Hampton merged with another local segregation academy and the two became Orangeburg Preparatory Schools Inc. School officials chose the Indian as the new school mascot. As a 10-year-old, this perturbed me -- it seemed like such an innocuous, if not boring choice. But that Indian was anything but innocuous (and not simply because it was racist). The Indian represented something to the town’s older generation, both white and black. The mascot for the old whites-only public Orangeburg High School had been the Indian.

Orangeburg Prep was a manifestation of Jim Crow when I attended. However, when the school began accepting anyone regardless of race or creed, not surprisingly few people of color attended. There were some exceptions: Most notably, Nikki Haley graduated from Orangeburg Prep in 1989. But, while enrollment at Orangeburg Prep is now open to non-whites, education in the city remains basically segregated to this day. In the 2013-2014 academic year, the school was about 5 percent black, while Orangeburg-Wilkinson High School, the local public high school, was about 4 percent white.

As an adult I’ve learned that there was pressure in the white communities for people to send their kids to these schools, even if they didn’t want to. I once made the mistake of telling a black leader in Orangeburg that I was still angry with my parents for sending me to Wade Hampton. He laughed at the suggestion: “With all due respect, young man, you have no idea why your parents made that choice. They probably didn’t have a choice.”

Last October, I was in Charleston giving a talk about my book, "The Thirteenth Turn," which explores the symbolism of the hangman’s noose, another racist symbol that keeps roaring back with a bulldog’s persistence. After my talk, an open discussion ensued. The central topic was the relationship between the noose and a justice system that overwhelmingly targets black people. A local activist gave an impassioned speech about his and other black men’s experiences with white people, especially police, in South Carolina. That was when he looked at me and said, “You’ve studied this stuff, you might know: Why do white people hate us so much?”

My face flushed. I could feel the sweat seeping into my T-shirt. I searched for a good answer, because this guy deserved it. His question was sincere. He wasn’t an academic trying to show me up. And he wasn’t coming from a place of anger (though I wouldn’t blame him if he was). Instead, his question came from a place of sorrow and, what hurts the most when I think about it, of near-defeat. He really wanted to know.

I finally responded with the only reasonable words I could conjure: “Because that’s what we’re taught.”

Sometimes this education is direct and we can see it -- like the Confederate flag or those segregation academies. Other times it’s more insidious; it comes from a willful ignorance of what it must be like to be black in a state where the Confederate flag flies, or in a country where some still appreciate and aggressively defend "Gone With the Wind." It comes from not having to think about race in the same way that black people do. That kind of education creeps in and takes hold. When folks talk about structural racism, this is the milieu from which it comes. They’re talking about the reinforcement of white privilege in structures, in policies—like policing, housing, healthcare and education. So when the flag comes down, let’s not pat ourselves on the back; there’s no time for self-congratulation when there’s so much work to be done.

Let’s take down that damn flag. And while we’re at it, let’s stop observing Confederate Memorial Day; change the name of Tillman Hall at Clemson University (named for former South Carolina governor, and lynching supporter, Ben Tillman); and remove the statue of Wade Hampton that also graces the Statehouse grounds. And what about Calhoun, Hampton and Lee Counties, or John C. Calhoun Drive in Orangeburg, the Confederate Highway (SC Highway 641), or Wade Hampton Drive in Charleston? And what should we do about the statue of Wade Hampton in the United States Capitol Rotunda?

We can find these reminders of the Confederacy all around us. And they’re not just historical or quaint reminders of the past. They reinforce white power and privilege and structural violence. Even Dylann Roof knew that.