The 3 biggest myths about the death penalty, debunked

Stephen Breyer nailed it in his Glossip v. Gross dissent. Capital punishment is barbaric and must be overturned 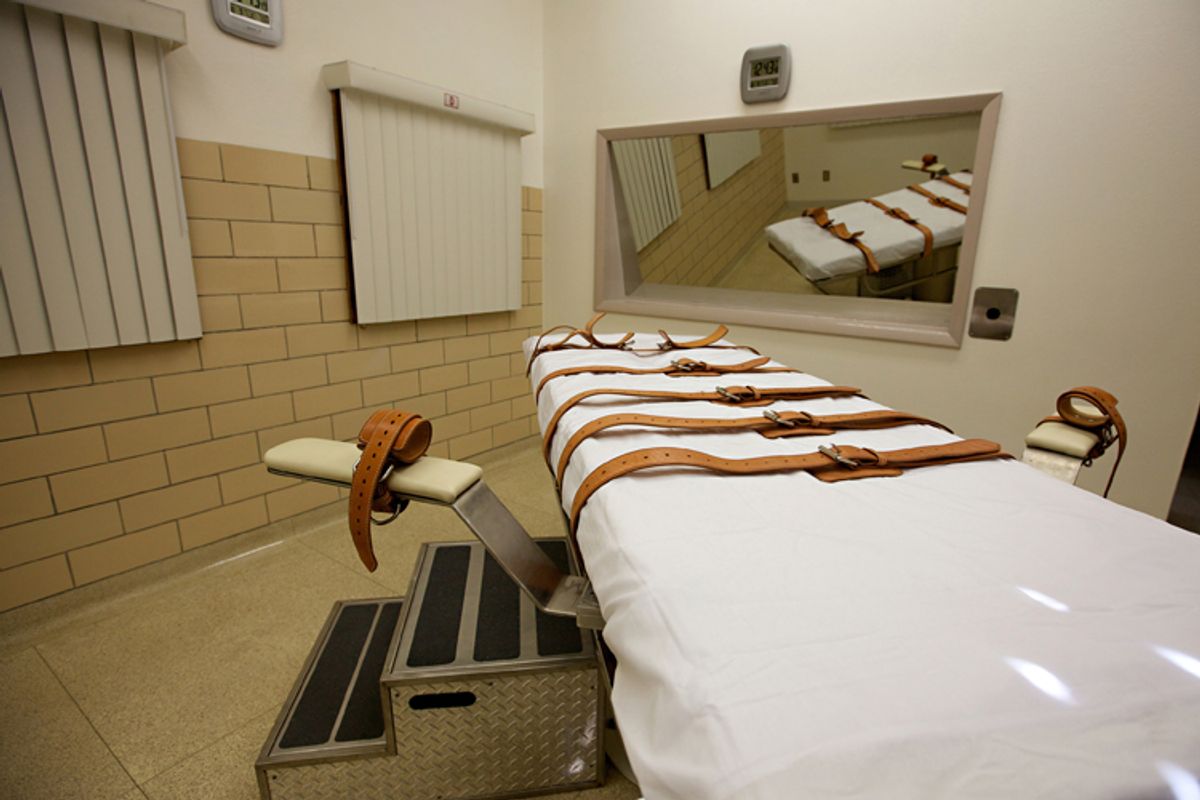 After the Supreme Court issued a 5-to-4 ruling upholding the use of a lethal injection drug for death penalty cases last week, Justice Breyer’s dissent has lit up the Internet. In his opposition, Breyer not only opposes the controversial use of midazolam, a drug that’s been criticized as “cruel and unusual punishment,” but also condemns the death penalty altogether. His argument that the United States must rethink its stance on capital punishment.

However, Justice Antonin Scalia’s majority opinion highlighted the difficulties in opposing the death penalty, as the debate on the issue continues to be riddled with misinformation. As the United States continues to be one of the top five nations with the most executions in the world, challenging these myths won’t just create necessary policy change—it’ll save lives.

More from The Daily Dot: "Japan responds to U.S. giant-robot battle: Bring it on"

In his opinion on the recent capital punishment case Glossip v. Gross, Scalia argued that “the suggestion that the incremental deterrent effect of capital punishment does not seem 'significant' reflects, it seems to me, a let-them-eat cake obliviousness to the needs of others.” It reflects an old argument: that the death penalty is necessary because it scares criminals into abiding by the law.

Yet a 2009 study published in the Journal of Criminal Law and Criminologyrevealed that 88 percent of the country’s top criminologists don’t believe the death penalty acts as a deterrent to homicides, 87 percent believe abolishing it won’t have any effect on murder rates, and 75 percent agree that “debates about the death penalty distract Congress and state legislatures from focusing on real crime solutions to crime problems.”

“We're very hard pressed to find really strong evidence of deterrence,” explained Jeffrey Fagan, a professor at Columbia Law School. When Fagan and two other researchers collaborated to compare crime rates in Hong Kong and Singapore—the former which abolished the death penalty in 1993 and the latter which uses it as mandatory for murder—they found little difference in violent crime rates between the two cities.

A similar study by Professors John J. Donohue of Yale Law School and Justin Wolfers of the University of Pennsylvania compared rates of violence between states that used capital punishment and those which had abolished it and also failed to find any evidence of a deterrent effect.

Back when he was governor of California, Ronald Reagan once explained to a group of reporters that he had told opponents of capital punishment, “If you toll your bells every time somebody is murdered, I won’t mind if you do it every time the state executes a killer.” The erroneous implication, of course, was that anti-death penalty activists care more about criminals than their victims and, for that matter, that all of the inmates on death row are guilty criminals.

As director of the ACLU Cassandra Stubbs wrote for MSNBC, there is good reason to suspect that many of the people put to death in this country have not been killers at all. Indeed, one of those men was cited by Scalia in an earlier legal case as proof of the need for capital punishment:

McCollum is hardly an isolated case. One paper published in Proceedings of the National Academy of Sciences by Samuel R. Gross of the University of Michigan and Barbara O’Brien of Michigan State University found that at least four percent of people who get sentenced to death would ultimately be exonerated if their cases were closely examined over the next 21 years. That said, the ultimate number of people sent to die for crimes they didn’t commit is, in Gross’s own words, “not merely unknown but unknowable.”

More from The Daily Dot: "The Philae comet lander may have discovered alien life"

Of course, considering that more than 150 prisoners on death row have been exonerated since 1973, the number is potentially staggering.

Although Justice Samuel Alito’s opinion in Glossip v. Gross argued that “the District Court did not establish that Oklahoma's use of a massive dose of midazolam in its execution protocol entails a substantial risk of severe pain,” there is plenty of evidence to the contrary.

The creator of the three-drug cocktail used in lethal injections today, Dr. Jay Chapman, told CNN in 2007 that it is cruel and unusual, that the guillotine would actually be more humane (“The person's head is cut off and that's the end of it”), and observing that “we kill animals more humanely than we kill people.”

Recent events have reinforced Dr. Chapman’s reservations, including three high-profile cases in 2014: Dennis McGuire of Ohio, who took nearly 25 minutes to die after choking and struggling throughout the procedure; Clayton Lockett ofOklahoma, whose execution was halted 20 minutes into the procedure due to an issue with his vein, began writhing on the gurney, and took 43 minutes in total to die; and Joseph Wood of Arizona, who gasped and snorted for nearly two hours before his lethal injection finally ended his life.

Despite these developments, lethal injection remains the most common form of execution used in the United States, with over 1,000 prisoners in this country meeting their end through that method since it was first implemented in 1982.

Although a growing number of states have moved to ban capital punishment, the best hope for ending the death penalty lies in spreading awareness of the issue to the general public. In the wake of the SCOTUS decision on lethal injection, the Internet is starting an overdue discussion on America’s culture of death. Last week’s decision may have been a setback, but the future of the issue depends the information age finally setting the record straight.