Whether it's a glitch, a hacker or Cylons, nothing brings out the jokes like a burgeoning societal meltdown 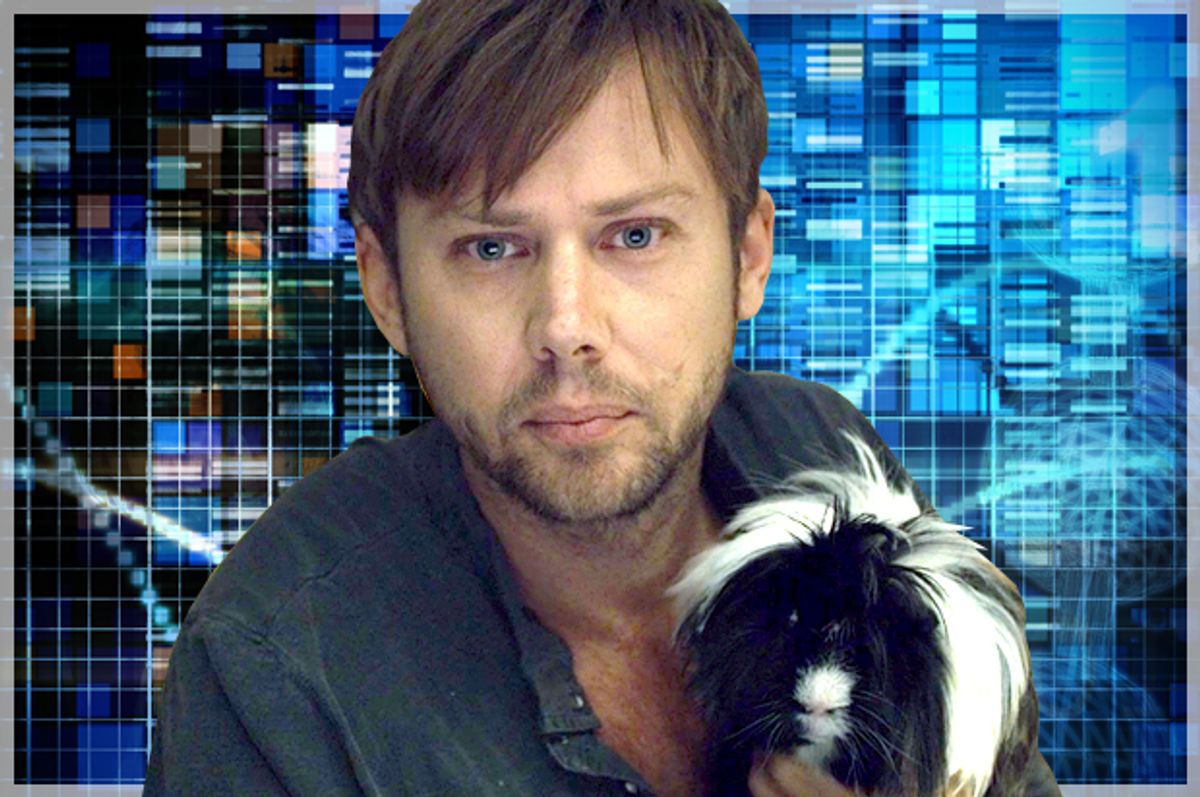 Today two major American institutions – United Airlines and the New York Stock Exchange – shut down today, at least for a while. The two incidents seem to be unrelated except for the fact that they are both due to the digital technology that seems to run everything in the developed world these days.

The NYSE announced that. “The issue we are experiencing is an internal technical issue and is not the result of a cyberbreach,” and followed it with “We chose to suspend trading on N.Y.S.E. to avoid problems arising from our technical issue.” (The Wall Street Journal site stalled not long after.)

United says its flights were grounded by "a network connectivity issue this morning.” United flights are back up, but the tight network of worldwide aviation schedules means this will take a while to sort out.

There’s probably a world in which this coincidence would be met by fear, sadness, or sympathy for those affected. But online, there seems to be something between schadenfreude and apocalyptic glee about these respective crashes. People seem weirdly turned on by the whole thing. And over all, they don’t seem to trust that this has all been caused by a technical glitch: There’s a larger sense is there’s some kind of giant hacker in the sky bringing it all down. And in fact the Guy Fawkes-loving hacker collective Anonymous warned of an attack on Wall Street last night.

One of the leaders of the charge is novelist and Vice contributor Molly Crabapple: author Adam Khan has called her plutocrat-mocking tweets, some of which jeer at Jamie Dimon, “Pulitzer-worthy.” She writes in one: “I'm here in FiDi reporting from the front lines of the financial meltdown, wearing a flak jacket woven from golden parachutes #NYSEdown”

In another, “In Zuccotti Park, Goldman Sachs boys build a squatters city out of Hermes gift boxes, communicate in wiggling fingers #NYSE”

Some tweets are less overtly political. New York Times news reporter Liam Stack suspected Cylons, the reptile-like race (who created the robots in the original 1978 version and who leant their name to the robotic race in the 2004-09 series) from “Battlestar Galactica." Showing just how much love Americans both the airlines and Time Warner Cable, he offered: “The scariest part of all this is that I am *totally* willing to believe that a major American airline runs its operation on a @TWC router.”

“NYSE has suspended trading without cause,” tweeted comedian and beer writer Ethan Fixell. “Great that marijuana stocks are booming, but what happened to ‘Never get high on your own supply’?” (Okay, we think we get that one.)

What does this all tell us? Well, partly it’s that many Americans hate the stock market and the corporate airlines. The former helped crash the economy a few years back and has for decades siphoned money from the nation at large and sent it to the very richest in a sick reversal of trickle-down economics. The people who work there make enormous sums even while the middle-class works harder and harder and sees its wages stagnate.

The latter has gone from being a bit stodgy but reliable to a hectic and unpleasant way to travel – all the delays and cancellations and the charging for things that used to be free, like baggage, bad food, leg room, and easy check-in. Air travel is now only bearable if you are rich enough to pay for first-class or various kinds of “platinum” treatment – in this way they resemble American life in general.

In other words, both Wall Street and airlines deserve our wrath and mockery. As  the hacker in the sky surveys its next targets, maybe the NSA, Fox News and medical insurance companies will come next.