In a new interview with Grantland, the musician seems determined to forge a different path 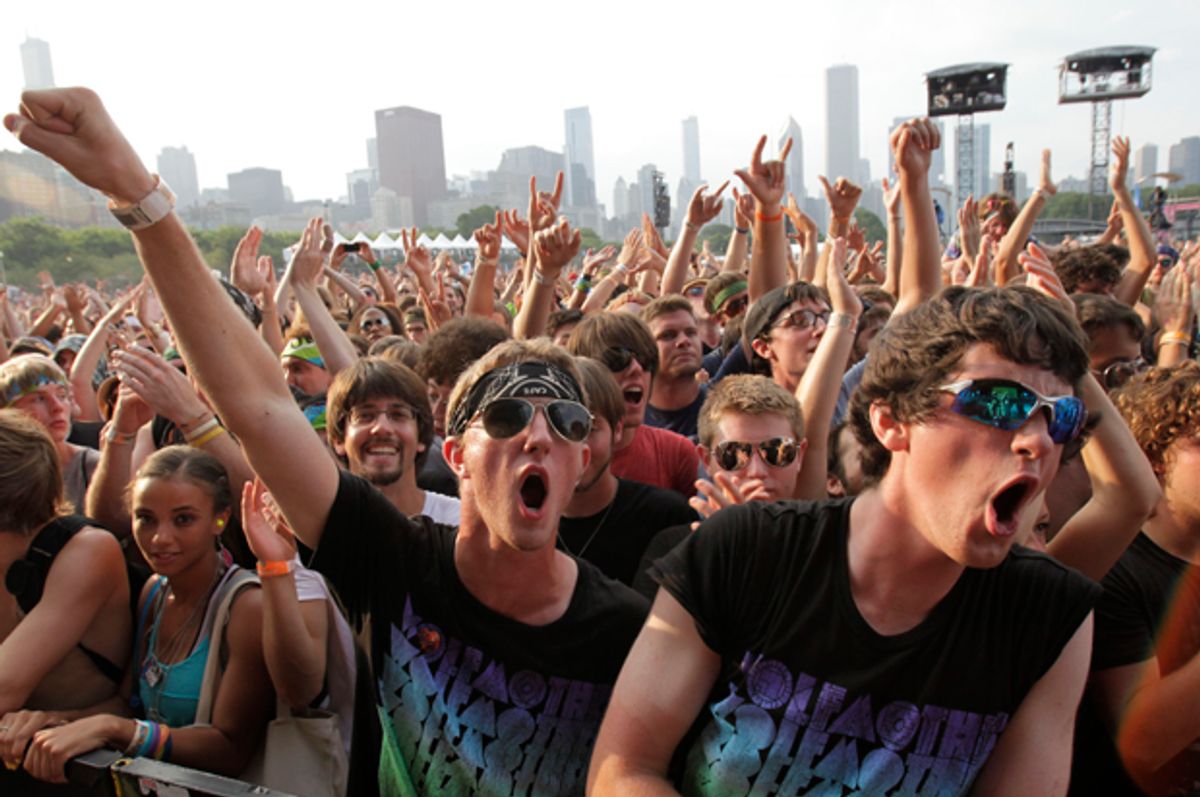 The volatile state of the music industry isn’t news. Artists today battle for exposure and compensation while competing against one another for listener’s attention in an age of oversaturation when it comes to a near-constant stream of new material being produced daily. A buzzed-about appearance at a major festival like Coachella, Bonnaroo or Lollapalooza can break an artist through or carry them to the next level.

In an interview with Grantland, Vernon discussed the state of the industry, and the commodification and homogenization of music festivals that feature vastly similar lineups. “Fuck Lollapalooza,” said Vernon of the festival that boasts Paul McCartney, Metallica and Florence + the Machine as headliners this year. “That isn’t rock and roll.”

“It’s about numbers, it’s about bottom lines,” Vernon told Grantland. “It’s about measuring groups and cultures of people and the numbers that they represent on a bottom line agenda. All the lineups are becoming more and more the same, the same fucking headliners.”

It used to be that rock and roll exuded a rebellious charm that drove girls mad and inspired people to step outside their comfort zones in terms of creative expression. It was an outlet — and a badass one. Fans romanticize the early days of bands like The Rolling Stones, the revolutionary spirit of Woodstock and the intense intimacy of shows at CBGB -- but we don’t get much of that anymore. What we get are opportunities to flock to various cities, deserts and farmlands throughout the country with thousands of other music lovers to pay high ticket prices to see some of the world’s most popular acts all crammed into one lineup. It’s really cool, but comes at a price.

Vernon is making moves to stir things up by co-curating his own music festival with Aaron Dessner of The National. The Eaux Claires Music and Arts Festival is set for its inaugural event July 17-20 on a 20-acre farm in northwest Wisconsin. They looked to England's legendary Glastonbury for inspiration on how to pull their festival off, and aren’t cutting corners to achieve what they believe to be a welcome and refreshing aesthetic for fans.

The new festival seems to be part of Vernon's push to reclaim an independent name for himself. In 2011, Bon Iver inked an advertising deal with Bushmills that included photo shoots and billboards -- the works when it comes to marketing -- which Vernon says he now considers it a mistake. While grateful for the fun times the band had while being compensated well enough to pay to finish making a recording studio, being part of the corporate machine was a turnoff, he told Grantland.  “It’s run by a corporation, and you kind of forget that they’re not  interested in you or what you’re really doing,” he said. “They’re interested in your popularity and your reach, and it felt really sickening after a while.”

Of course, bands today are caught between a rock and a hard place when it comes to maintaining relevancy. There is no "selling out" anymore — major deals with large corporations is common business practice, and common sense. They get paid, a rare treat for musicians, in addition to ensuring the music is circulated to mass audiences, which can otherwise be impossible to do through traditional channels. It’s a safety net for a genre that once prided itself on forging its own path, on not caring if the world ended during a rock show because what mattered was the in-the-moment experience of the music. That was rock and roll.

But the state of music has shifted in recent years with the rise of digital streaming, controversies over payment schedules, and the rise of a handful of major festivals as a main platform to establish and raise an act's profile. Consumers are willing to pay for expensive VIP festival passes, fancy headphones and the perfect flower crown to be captured on Instagram, but many turn up their noses when it comes to actually purchasing the music — you know, the main reason for attending festivals in the first place. Momentum and relevancy can only last so long for bands, and it’s paramount they take advantage of opportunities, but it’s equally important they do so on their own terms -- it’s not only rock and roll. Vernon’s Eaux Claires festival is an interesting start, and it’s nice to see musicians willing to fight to reclaim the reins.