Colbert -- and his Colbeard! -- returned for the season finale of "Comedians in Cars Getting Coffee" 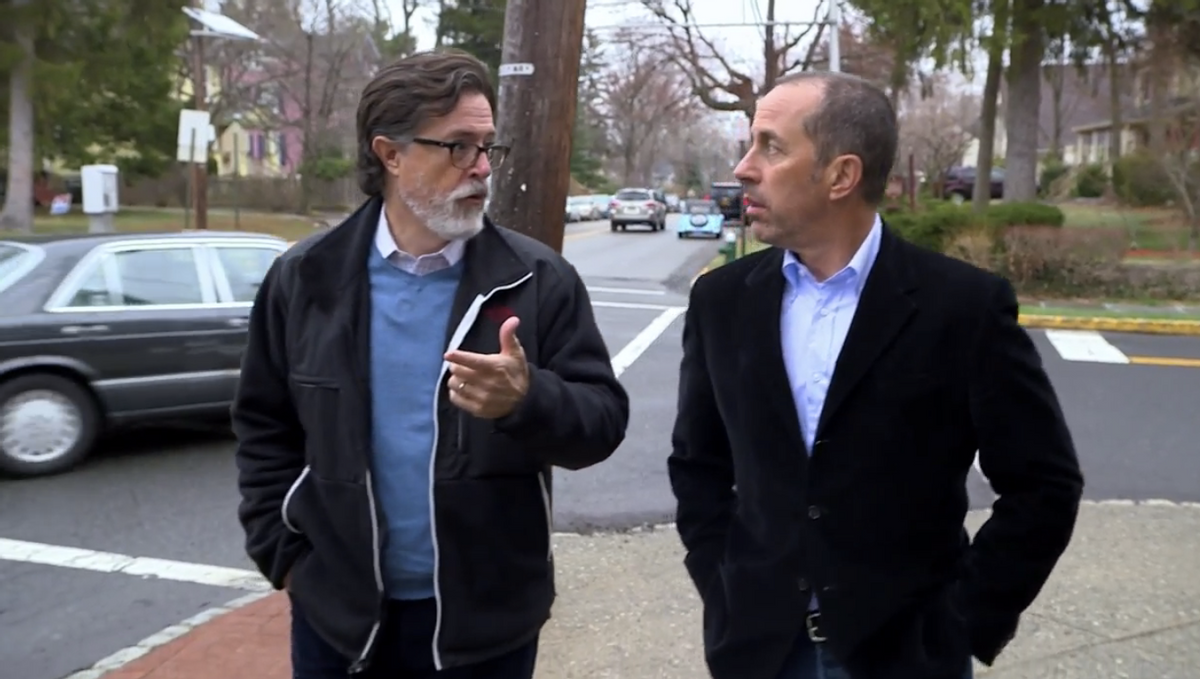 Stephen Colbert and his deeply missed Colbeard joined Jerry Seinfeld for a (pre-recorded) season finale of "Comedians in Cars Getting Coffee."

Seinfeld took Colbert on a ride through town in his 1964 Morgan Plus 4 Roadster while the two jokesters discussed topics ranging from fathers to "processes" to plans for the "Late Show" take-over.

He definitely seized the opportunity to shower Colbert with praise, too, noting at one point during the 13-minute chat,that he was one of the "greatest television performers" he'd ever seen. "You never seemed tired."

Seinfeld was wrong. Turns out, Colbert was quite tired of "The Colbert Report" and had plans to jump ship even before signing on to succeed David Letterman as the host of the "Late Show."

"I was ready to stop," Colbert told Seinfeld. "I was going to stop whether or not [I got the new job] — the Letterman thing fell into my lap."

Describing the working conditions on the show, Colbert said: "For the first couple years, it was like I lived there. I would try to be the first guy in in the morning, and I wouldn't leave till 11 o'clock at night because we didn't know what we were doing."


From Crackle: Stephen Colbert: Cut Up And Bloody But Looking Good