Do you believe in life after love? J-Law does! 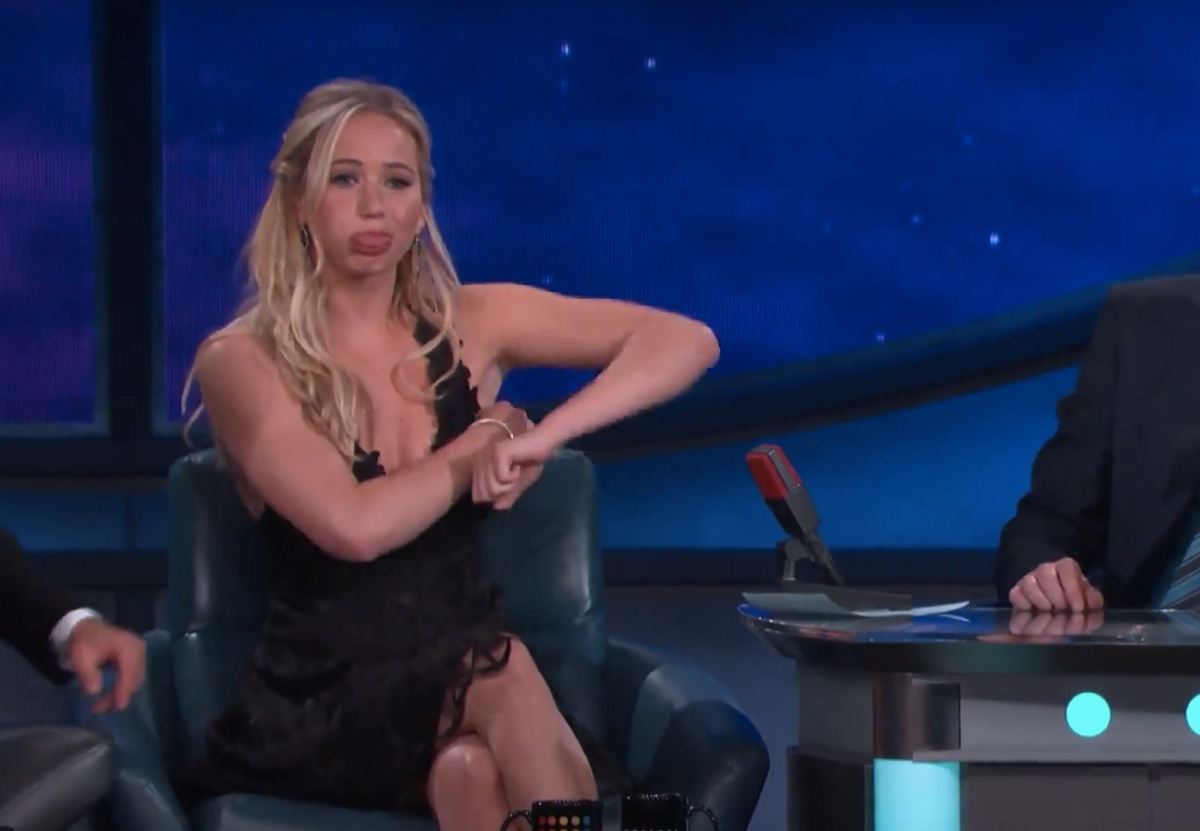 Jennifer Lawrence is back with her ~quirky~ antics, whether you like it or not. The viral sensation appeared alongside fellow "Hunger Games" castmates at San Diego Comic-Con, where "Conan" has set up camp all week, and decided to share (begrudgingly) one of her special skills, apart from burping and tripping: Cher impressions.

Despite singing what has been described as a "powerful" ballad in "Mockingjay," Lawrence told Conan that singing for an audience is one of her all-time biggest fears. With a little encouragement from the crowd, Lawrence proceeded to sing her favorite "Cher" classic, "Believe." For an audience. And you better "Believe" it was as J-Law-y as ever.

Watch the clip courtesy of Conan below:

Plus! A "Hunger Games" spoiler, if you dare: