"Are my bags packed?"

My father was barely sentient in his final days of hospice care, but he understood he was embarking on a journey 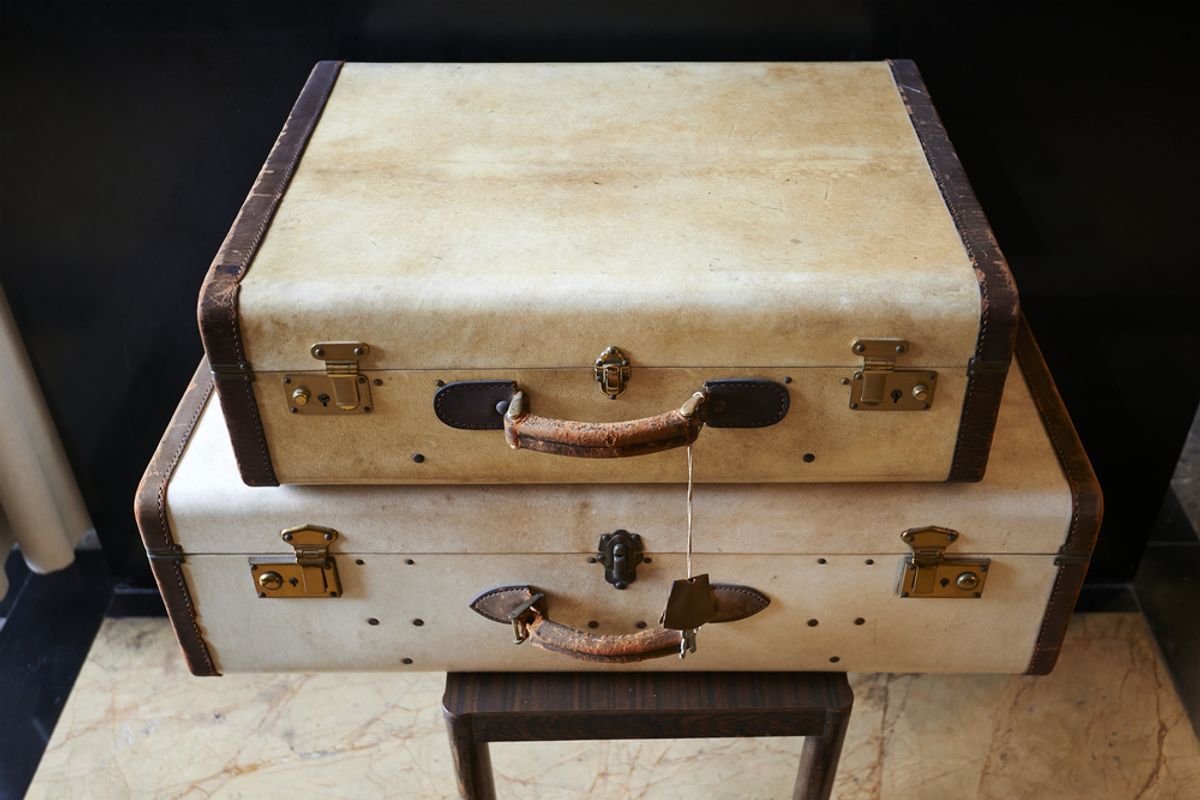 When there was a minute that I didn’t have to do anything or talk to anyone or think about anything, I turned to the little guidebook we got from hospice. I read it over and over again, trying to divine where we were, where Dad was going. I considered alternate titles, borrowing “So You’re Going to Die” from The Simpsons but settled on “What to Expect When You’re Expecting to Not Be Alive Soon.”

“Watch it,” Dad would have said about that.

The booklet seemed to be written for people who had months left, not days. The text under the headings got shorter and shorter as the timespan diminished. Three to Six Months. One Month. Final Weeks. Final Days.

Your loved one may talk about taking a journey, the book said.

By then my loved one wasn’t saying much of anything at all. He’d been diagnosed with lung cancer only three weeks earlier but the doctors who at first spoke optimistically of treatment that could buy a year later admitted that the cancer had spread to his liver, to his bones.

He lost the ability to swallow, his body waiting for his mind to catch up.

On a Tuesday morning, Dad called us to him and said he was done. His doctor seemed dubious that we could care for him at home, but we assured him that the adult children, not my 75-year-old mother, would be giving the care.

Besides, I thought, how much longer can he go on? It was Tuesday. He hadn’t had anything to eat in at least three days. Mike had the sense to ask. A week, the doctor thought. Maybe ten days.

We could do a week.

When Dad came home, the hospice nurse came and talked Mike and me through the medications. This for pain. That for anxiety. Haldol for whatever terrible thing would prompt us to need Haldol, an antipsychotic.

She examined Dad, who was sitting in his chair in the family room. There was a hospital bed there, but he didn’t want any part of it. His head slumped down on his chest.

“Pulmonary?” the nurse asked when she saw him. “They all do that with their head.”

Mike spent that first night downstairs with Dad. In my teenage bedroom, I pored over the guidebook, looking for something familiar that would tell me we were doing this right, the dying and the caring for. Your loved one may appear to be asleep or unresponsive, the book said. Announce your presence so as not to startle them.

The next morning it was my turn on med duty. My father was in his chair, head down, appearing to be asleep or unresponsive. “Dad?”

He moaned a little, though I couldn’t tell from pain or recognition.

“Dad, it’s Aileen,” I explained. “I have some medicine for you.”

“I know who you are,” he said, sounding somewhat annoyed and very far away. I asked him to open his mouth. I slid the dropper between his cheek and his gums and began to squirt in the medication. He clinched his mouth around the dropper, surprising me with his strength.

I skulked back into the kitchen, ashamed that I was taking instruction from a book on how to interact with my own father. But I kept reading it, searching for familiar landmarks in this foreign place.

Later that afternoon I sat with Dad and answered work emails as the Golf Channel soothed in the background. He stirred and opened his eyes, looking simultaneously at me and right through me.

Your loved one may talk about taking a journey, the guidebook said. They may express worry or anxiety about being prepared.

“Are my bags packed?” my Dad asked, his voice clear.

“Yes, Daddy,” I said, my voice trembling. “You’re all packed and ready to go.”

“I wish I knew where the hell I was going,” he said.

“I don’t know, Daddy,” I said slowly, trying to think of something helpful to say. “But I bet it’s really nice there.”

That seemed to satisfy him. He slipped back to wherever he had been.

It was my turn to sit up with Dad that night. Every 15 minutes, for hours and hours, Dad shifted in his chair and whimpered. I lay in his hospital bed with the TV turned down low and prayed for a swift end. The guidebook didn’t seem to cover this part.

I clenched my fists and wept. Whoever you are, I thought, please come get him. Please.

Two nights later, they did.

More from DAME: "Why Do Women Suffer Migraines?"

I turned to the end of the guidebook and followed the directions. Called my sister. Called hospice. Called the funeral home. When the book couldn’t tell me anything else I went to sleep. I woke up to the first day in my life that didn’t have a dad.

I waited for him to send me a postcard, my family’s term for messages from the ones we’ve lost. Surely he will, I thought on the good days. He’s left me all alone, I raged on the bad ones. Nearly three months after he died, I got one in a dream.

In it, I am standing in my parents’ front yard raking leaves. A cab pulls in the driveway and my dad, hearty and agile, steps out with some luggage.

“The line’s been busy,” he says, his voice the strong timbre of my childhood. “I kept trying to call.”

I nod in the direction of the house. “Mike’s been on the phone all day. I’m really sorry, Dad.”

He looks at me and smiles his kind, gentle smile. “Don’t worry about it, honey,” he reassures me. “I’m fine.”