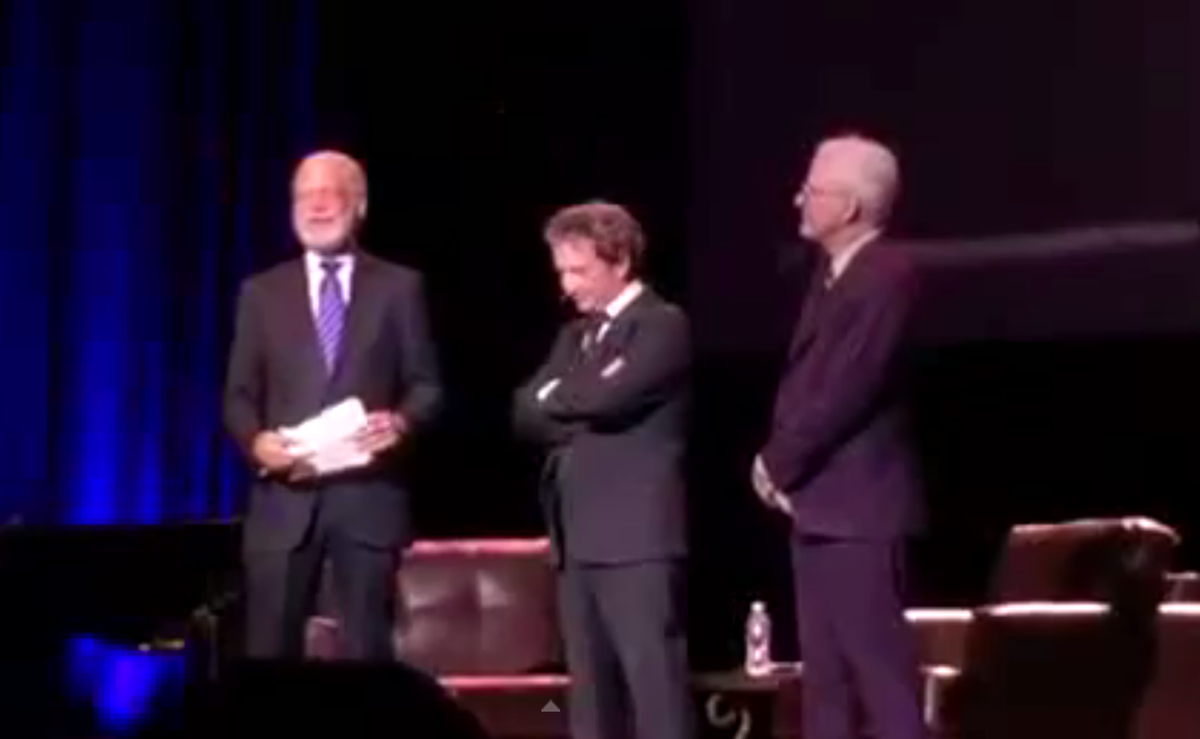 The former "Late Show" host -- like Stephen Colbert, with a post-show beard -- made a surprise appearance at a show by pals Steve Martin and Martin Short last night in San Antonio and delivered a top-10 list about one of his favorite targets, Donald Trump.

Some of the top-10 "Interesting Things About Donald Trump":

* "During sex, Donald Trump calls out his own name"

* "Thanks to Donald Trump, the Republican mascot is also an ass"

* And, in a nod to two of the "Three Amigos" -- "Donald Trump has pissed off so many Mexicans he's starring in a movie called 'No Amigos'"

Watch the entire appearance below.