We must negotiate with terrorists: The dirty secret our government does not want to admit

We have no choice: We must sit down with terrorists, or else stand no chance of reducing armed conflict 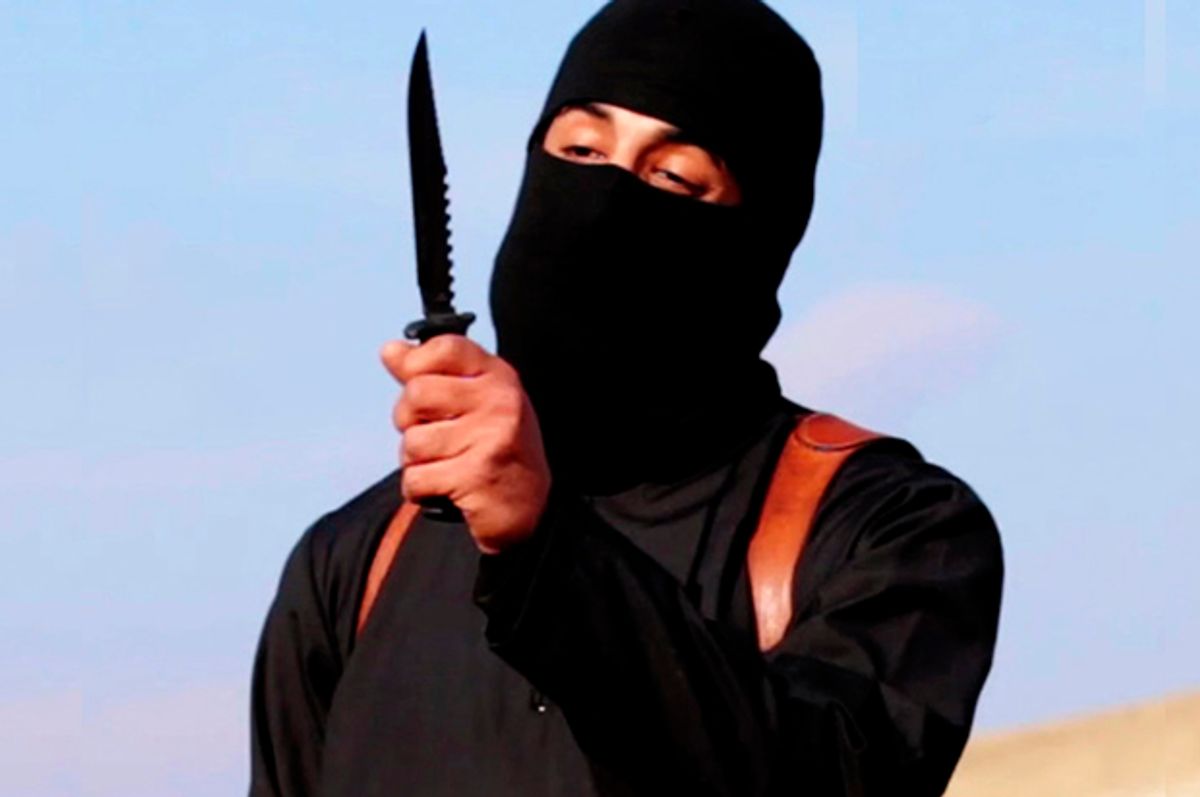 Excerpted from "Terrorists at the Table: Why Negotiating Is the Only Way to Peace"

In May 2014, after lengthy negotiations, the U.S. government secured the release of Sergeant Bowe Bergdahl in exchange for five Taliban prisoners held in Guantanamo. Instead of celebration, his release led to stinging attacks by Republican lawmakers who claimed President Obama had abandoned the decades-old U.S. policy that “we don’t negotiate with terrorists.” The charge, however, was completely ahistorical. While it is true the public position of the United States had long been that it would never deal with terrorists, previous presidents, including Nixon, Reagan, and George W. Bush, all Republicans, had in fact negotiated with terrorists.

Governments in all countries and of all political parties say they will never talk to terrorists. But they almost always end up doing so. During the decades of decolonization, the British government called Menachem Begin a terrorist after he blew up the King David Hotel, killing 91 people, but later lauded him as statesman. They locked up Jomo Kenyatta as a terrorist but later released him to negotiate Kenyan independence. And they exiled Archbishop Makarios to the Seychelles as a terrorist but released him to become the first elected leader of an independent Cyprus. In the words of British Labour Party leader Hugh Gaitskell, “All terrorists, at the invitation of the government, end up with drinks in the Dorchester.”

I was Tony Blair’s chief of staff for thirteen and a half years, and during our ten years at 10 Downing Street I was also the chief British negotiator on Northern Ireland dealing with the IRA. When I left government in 2007 I argued, on the basis of my experience talking to Irish terrorists, that we should be prepared to talk to Hamas, to the Taliban, and even to al-Qaeda. A British Foreign Office spokesman predictably contradicted me, saying, “It is inconceivable that Her Majesty’s Government would ever seek to reach a mutually acceptable accommodation with a terrorist organization like al-Qaeda.” It was acceptable to talk to the IRA and the PLO but not to these new groups. Now, only a few years later, that rule has been breached, and the United States has negotiated a cease-fire in Gaza with Hamas and the release of Sergeant Bergdahl with the Taliban. Even al-Qaeda appears not to be beyond the pale. Eliza Manningham-Buller, the former head of MI5, proposed in a speech in 2011 that Western governments should talk to the group.

Now we face a new terrorist group, ISIL. It is even more vicious than its predecessors, and the first reaction of governments in the face of videos of the beheadings of Western journalists and aid workers was to announce that we will “degrade and ultimately destroy them,” as President Obama put it. But if the earlier conflicts studied in this book are any guide, then we are very unlikely to destroy them by bombing alone. And even if there are eventually “boots on the ground,” it is not at all clear that that will solve the problem either. The experience of the last thirty years suggests that if we wish to end the conflict rather than just contain it, we must talk to ISIL, or whatever Islamist extremist organization succeeds it, just as we have with all the previous terrorist groups we have encountered. People ask, “What on earth would we talk to them about?” The answer is the same as with previous armed groups. We will not concede their central demand—an Islamic caliphate—but we will discuss the legitimate grievances of Sunnis in Iraq and Syria who have been disenfranchised by sectarian governments in both countries. In the heat of our emotional reaction to their appalling acts, we dismiss the very idea of talking. But if we stop to consider our long-term strategy for dealing with the group, then the idea of dialogue can become obvious. Colin Parry’s twelve-year-old son Tim was blown up by an IRA bomb in Warrington in the North of England in 1993. Parry says that if he had known as his son lay dying in his arms that at that very moment the British government was conducting secret negotiations with the IRA, he would have been horrified. But if someone had told him the same thing six months later, he would have been delighted because then he would have known that the conflict would end, and his son had not died in vain.

I don’t mind the hypocrisy of governments on the subject of talking to terrorists—that is part and parcel of politics—but I do mind the fact that we never seem to learn from past experiences, often with devastating consequences. Each time we meet a new terrorist group we start again from scratch, partly because governments change so regularly while the leaders of the terrorist groups tend to stay in place far longer. Gerry Adams and Martin McGuinness have seen eight British prime ministers come and go while they have been in the leadership of the Irish Republican movement. One of those involved in the disastrous 1998 to 2002 negotiations with the Colombian terrorist group FARC said, “One gets the impression sometimes that the guerrillas think that every four years a new group is going to arrive [in government], to try the same thing over again.”

When governments do eventually engage with terrorists, they almost always leave it far too late. General David Petraeus admits that in Iraq, the US government delayed too long before talking to those “with American blood on their hands.” In the case of the Taliban, in part because of the focus on preconditions like the release of Bergdahl, a sustained peace process has still not begun even though NATO forces have already started leaving Afghanistan. The process of engaging with these groups and winning their trust takes a lot longer than people realize. They need time to adjust to the outside world and grasp what might be a realistic demand and what is not. When we do eventually engage, we forget the techniques and skills we learned last time. Terje Roed-Larsen, the Norwegian facilitator of the Israeli–Palestinian talks in Oslo, says, “What is truly shocking to me is that it seems as if every new set of negotiators . . . [is] trying to reinvent the wheel once again as they make exactly the same mistakes.” Even if individual governments do not stay in power long enough to learn these lessons, surely we can do so collectively.

I have not, however, always been in favor of talking to terrorists. The first time I met a terrorist, I did so reluctantly. My father had been hit by an IRA bullet in an ambush in 1940, and my eldest brother was on an IRA death list for eight years while he worked for Margaret Thatcher. When I met Gerry Adams and Martin McGuinness in 1997, I declined to shake their hands—a petty gesture I now regret, but interestingly one that recurs again and again in the stories in this book. Tony Blair was more sensible and shook hands normally as if he were meeting any other human being. Immediately after the meeting we went on a walkabout in a shopping center in Protestant East Belfast. It started off calmly enough, but after a few moments we were mobbed by a crowd of old ladies waving their fists and then throwing rubber gloves at Tony. He was puzzled and asked me what it was about, half wondering if it was a protest about dish washing. I had to explain they were suggesting he should have worn gloves if he was going to shake hands with murderers.

My experiences over the last seventeen years have, however, changed my mind and convinced me that talking is the right thing to do. A few days after the meeting I got a call from Martin McGuinness asking me to come and meet him in Derry, incognito. He asked me not to tell the “securocrats” and to come alone. I flew to Aldegrove airport, took a taxi to Derry, and stood on a street corner feeling mildly foolish. After ten minutes or so, two men with shaved heads approached me, saying, “Martin sent us,” and pushed me into the back of a taxi. They drove me around in circles for an hour until I was completely lost and then ejected me when we arrived in front of a neat modern house on a small estate. I knocked on the door and Martin McGuinness opened it on crutches, making a not-very-funny joke about kneecapping, the IRA’s favored method of punishment by drilling holes through the kneecaps of its victims. I spent three hours with him in front of an open fire with tea and sandwiches left by the considerate owner of the house. We didn’t make any breakthroughs, but the meeting set a pattern, and I spent a good part of the next ten years flying across the Irish Sea to meet Adams and McGuinness in safe houses in West Belfast, Derry, and Dublin, going onto their turf rather than demanding they come to grand government buildings. These encounters weren’t really dangerous. In fact, the only time I was under any threat was once on the Falls Road, hanging around on the street waiting for a Sinn Féin office to open. Adams worried we might become targets for breakaway dissident Republicans and made sure it didn’t happen again. But it was the shared risks that helped establish a relationship of trust where progress could be made. Something that holds true of most of the stories in this book.

The Northern Ireland negotiations were the most frustrating and most difficult challenge I faced in my life but also, at least in retrospect, my most important and most satisfying achievement from which I learned profound lessons. In her BBC Reith Lectures, Eliza Manningham-Buller said some of the lessons we learned from Northern Ireland “are relevant to thinking about the very different threat from al-Qaeda. One is the belief that the divisions in Northern Ireland society, manifested in terrorism, could not be solved militarily. Nor could intelligence and police work, however successful in preventing attacks and informing government, resolve those divisions, although that work could buy time for a political process. Intelligence was critical in helping ministers manage that process, the aim of which was to reach long-term political resolutions with those who had prosecuted the terrorist campaign. These lessons apply elsewhere as well.” I am not suggesting for a moment that there is a Northern Ireland “model” that can be deployed elsewhere unaltered—that would be ludicrous: each conflict has different causes and will have different solutions—but it would equally be nonsense to suggest that none of the lessons learned in the negotiations in Northern Ireland, from our successes and our failures, can be applied elsewhere. If people are going to make mistakes negotiating with terrorists, they should at least make their own, new, mistakes rather than repeating those already made by others.

Excerpted from "Terrorists at the Table: Why Negotiating Is the Only Way to Peace" by Jonathan Powell. Published in the U.S. by Palgrave MacMillan Trade, a division of St. Martin's Press LLC. Copyright 2015 by Jonathan Powell. Reprinted with permission of the publisher. All rights reserved.

Jonathan Powell worked for the British Foreign Office for fifteen years until, in 1994, Tony Blair poached him to join his 'kitchen cabinet' as his Chief of Staff. Since leaving the Prime Minister's office, he has worked with a Geneva-based NGO, negotiating between governments and terrorist groups in Europe, Asia and Africa, and has now established his own NGO, InterMediate, to continue this work. He lives in London with his wife and two daughters.