"We should have invaded Mexico": Donald Trump bashes Iraq war, suggests a different one: Report 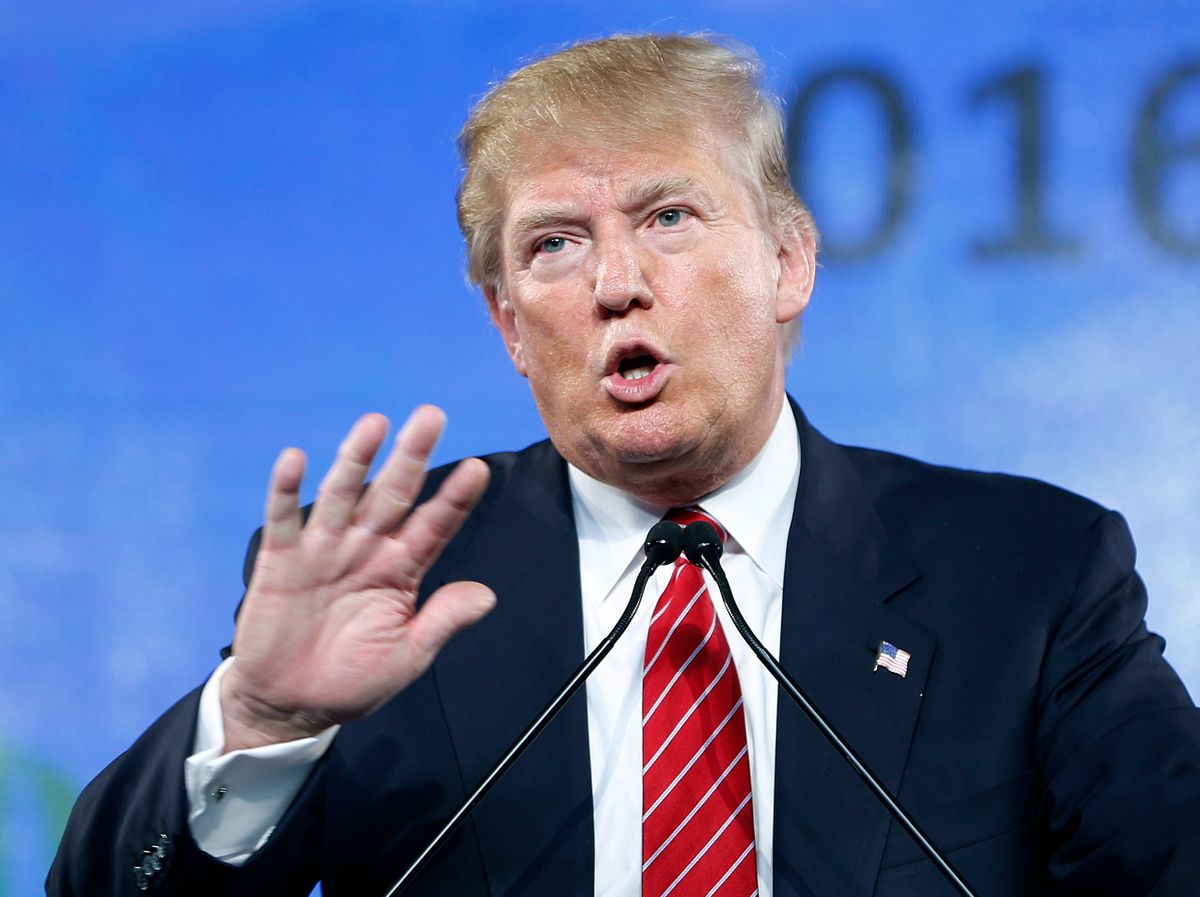 The LA Weekly has more details of what was said inside Donald Trump's private address to the Friends of Abe in Hollywood -- and which entertainment-world conservatives were in attendance.

Trump, according to the alternative weekly -- which sources their account to someone inside the room who wishes to remain anonymous -- said that the U.S. should not have invaded Iraq. He couched his criticism of George W. Bush in geopolitics, and argued that a strong Iraq was a necessary counter-balance against Iran.

All reasonable enough. Until this: "Instead, we should have invaded Mexico."

According to the paper, "The remark was greeted with rousing applause, our source said."

LA Weekly reports that Lou Ferrigno, Paul Sorvino, and Morgan Brittany were in attendance. Trump was introduced by "comedian" Tom Dreesen who "asked the audience to keep his own name out of it."

That would mean Dressen is behind this anonymous "joke" reported by the Hollywood Reporter, which noted that "a well-known comedian who introduced Trump asked that his name not be used. "Donald Trump proved that the truth shall set you free. He spoke the truth, and NBC set him free," the comedian said while introducing him."