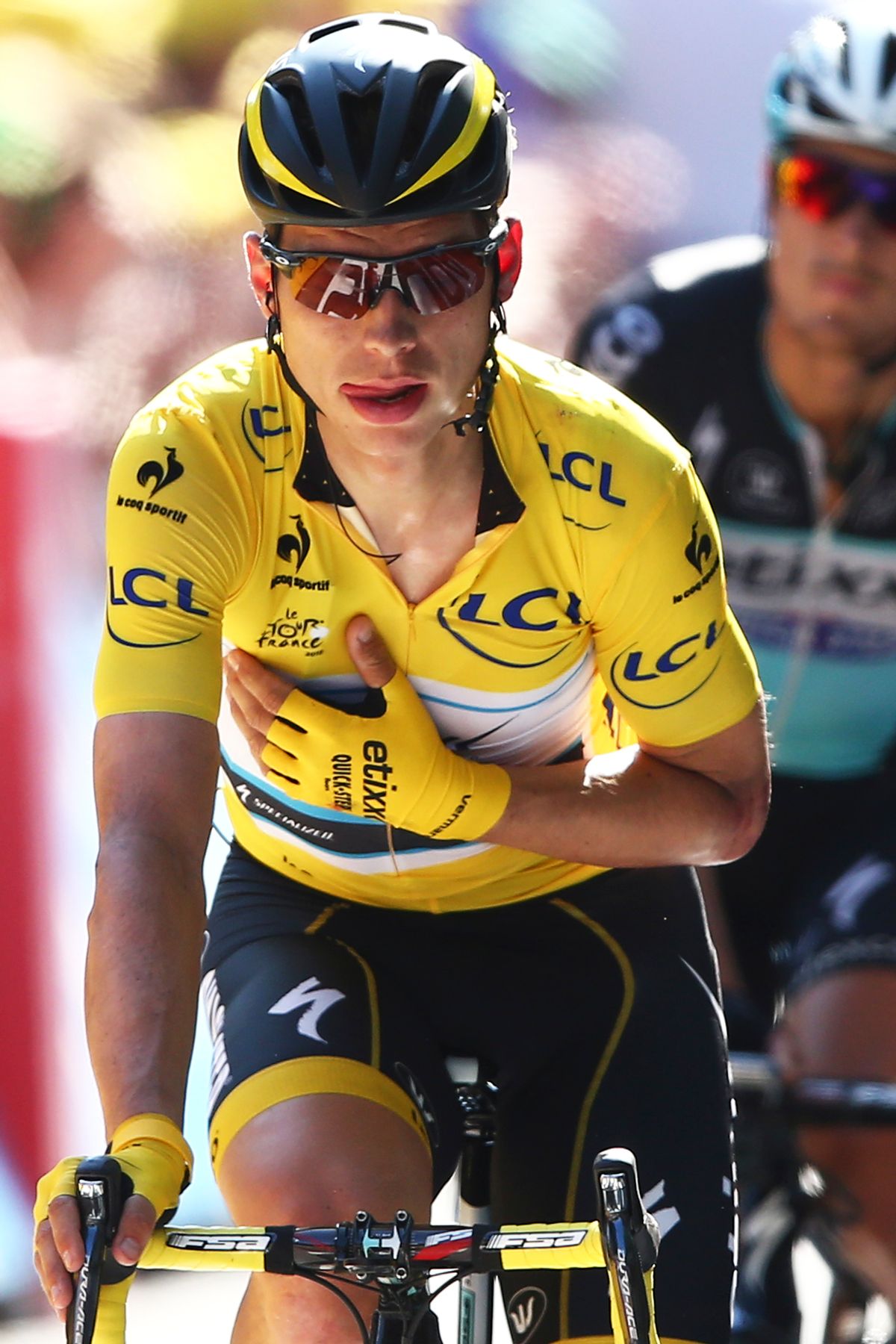 Germany's Tony Martin, wearing the overall leader's yellow jersey, holds his arm in a position which stabilizes his shoulder and collar bone as he crosses the finish line of the sixth stage of the Tour de France cycling race over 191.5 kilometers (119 miles) with start in Abbeville and finish in Le Havre, France, Thursday, July 9, 2015.(AP Photo/Peter Dejong) (Peter Dejong)
--