"If [we] saw an unconscious girl being brutally raped in front of us, we would have hit him over the head" 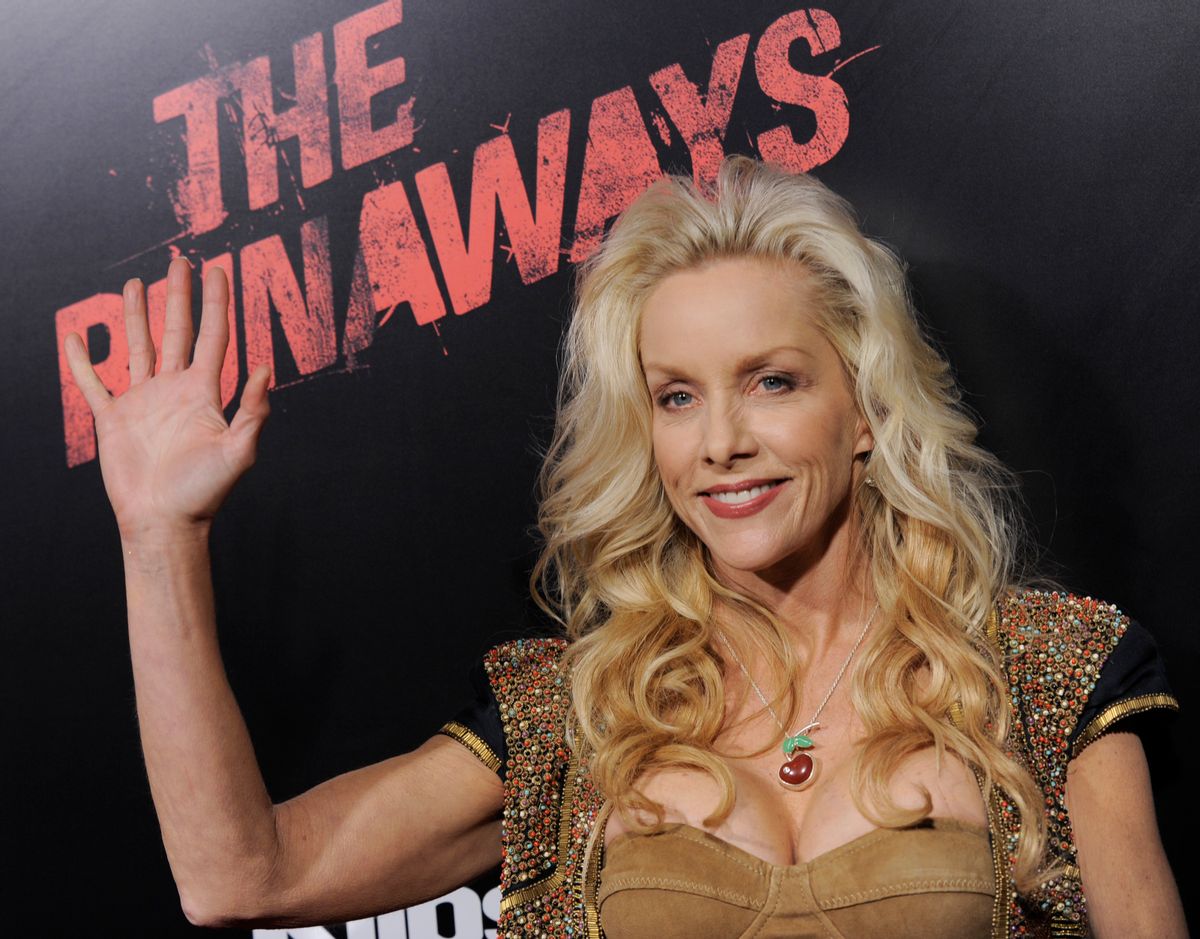 Cherie Currie arrives at the premiere of the film "The Runaways" in Los Angeles, Thursday, March 11, 2010. (AP/Chris Pizzello)
--

Former Runaways bass player Jackie Fuchs, also known as Jackie Fox, recently spoke out for the first time about her alleged rape by band manager and producer Kim Fowley, who she claims assaulted her at a 1975 party in front of a group of people -- including her bandmates, Joan Jett and Cherie Currie. After a lengthy account of the alleged assault appeared on the Huffington Post last week, Jett claimed she was unaware of the incident. Now, Currie is joining her.

Responding to the accusations via Facebook over the weekend, Currie began by asserting that "if Joan, Sandy and I saw an unconscious girl being brutally raped in front of us, we would have hit him over the head with a chair." She also added several more lengthy comments refuting Fuchs' account:

I have been accused of a crime. Of looking into the dead yet pleading eyes of a girl, unable to move while she was brutally raped and doing nothing. I have never been one to deny my mistakes in life and I wouldn't start now. If I were guilty, I would admit it. There are so many excuses I could make being only one month into my sixteenth year at the time that people would understand but I am innocent. ... I will not allow anyone to throw me under the bus and accuse me of such a foul act. I will fight for myself. It is the only thing I can do.

Currie also responded to commenter who alluded to a portion of the HuffPost report indicating that the former Runaways singer had planned to include a version of Fuchs' rape in a 2000 memoir, which was later dropped:

Jackie was altered. I didn't know her well at that time. I also know that young girls slept with older man far more then date of their own age. It was the 70's culture. Some things had to be altered in that chapter but if I had for one minute heard Jackie say stop instead of acting like an active participant I would have cracked his skull. That night was traumatizing to me because I had never witnessed such a thing. That was why I had to write about it even with not using Jackie as part of it. She had me dropped from my book deal in 2000 because of her legal threats to the book company. Statutory rape is rape by law. But no 16 year old girl is going to be able to stop something that neither party seemed to want to stop. I left in disgust but I faced Kim with no support from Jackie. The timing sucks and I am being accused of watching "a brutal rape" and doing nothing.

Additionally, Currie linked to a post by writer Evelyn McDonnell, who published the 2013 Runaways book "Queens of Noise," about Jason Cherkis' HufFPost piece. "I have issues with the story’s sometimes sensationalist tone, the reporter’s methods, and some of the response to it online," McDonnell writes, "particularly the way other women tangential to this story (including Joan Jett and myself) are also being targeted and blamed, by men."