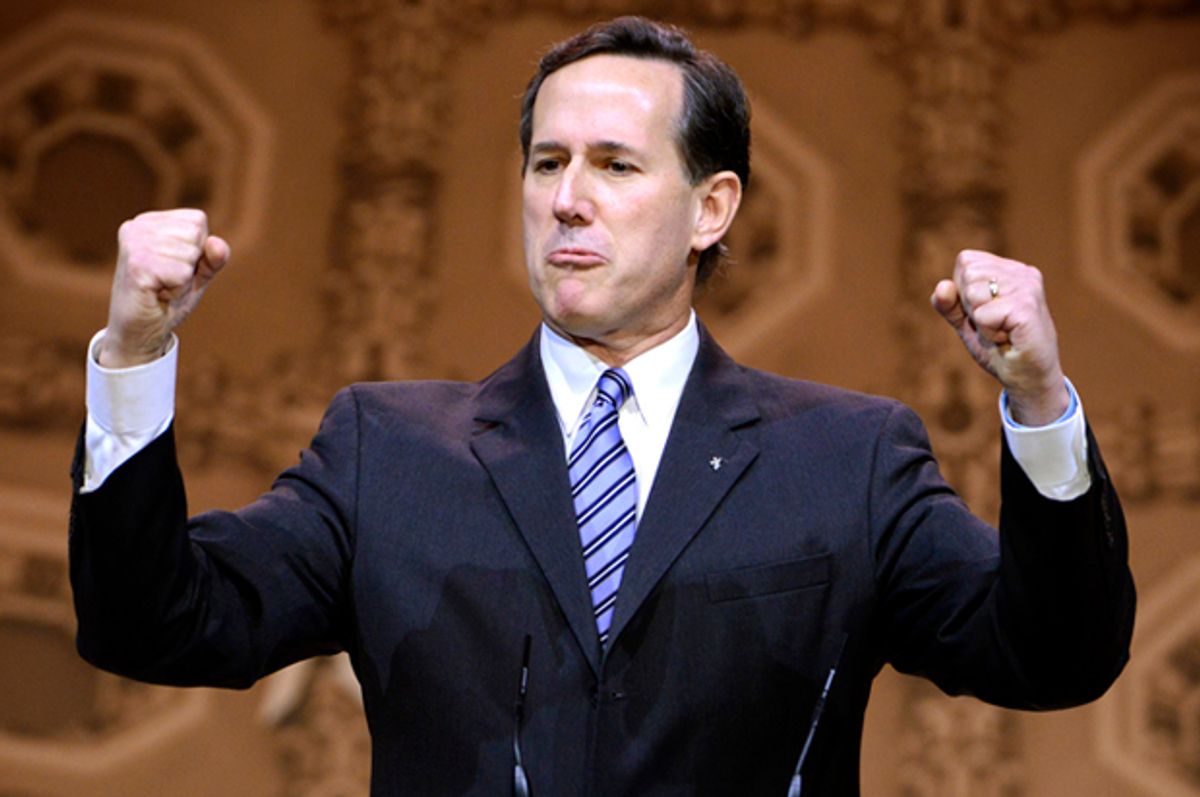 Speaking at a breakfast event hosted by the Christian Science Monitor on Monday, Republican presidential candidate Rick Santorum tread further than his fellow hopefuls when he declared that, if elected, he'd push for a constitutional amendment to ban same-sex marriage.

Talking Points Memo's Tierney Sneed reported that the former Pennsylvania senator said that "we need a national standard for marriage," because "I don't think we can have a standard from one state to another on what marriage is."

Santorum is seemingly unaware that creating a single national standard for marriage is precisely what the Supreme Court's ruling in Obergefell v. Hodges accomplished -- but that's because his apparently adamant belief in a national marriage standard only obtains when it aligns with his.

Measures like those proposed by Texas Senator Ted Cruz and Wisconsin Governor Scott Walker would be a "mistake," presumably because it would allow states not beholden to the conservative fringe of the Republican party to choose marriage equality over the Nineteenth Century.

"I argued that 10 years ago when others wanted to do that 10 years go," he said. "You can’t have a hodge-podge of marriage. One of the reasons the court decided the way they decided is because they recognized you couldn't have different marriage laws in different states. It just causes -- it just creates too much confusion out there."

Santorum did not address what would happen to same-sex couples who married after the Supreme Court's ruling.

After the Supreme Court made its decision, Santorum initially vowed to support the passage of more general "Religious Freedom" legislation, which would be designed “to protect people of faith from what will be the consequence of this ruling.”

As president, Santorum added, he would use the bully pulpit to "promote marriage" in "the popular culture and the business community, and have programs that would support the idea of marriage and togetherness in order to raise children. That is the most important thing we can do as a society to lift up marriage as an institution that’s important to the survival of our country."