Runaways' Jackie Fuchs speaks out for first time since rape allegations: "Being a passive bystander is not a 'crime'" 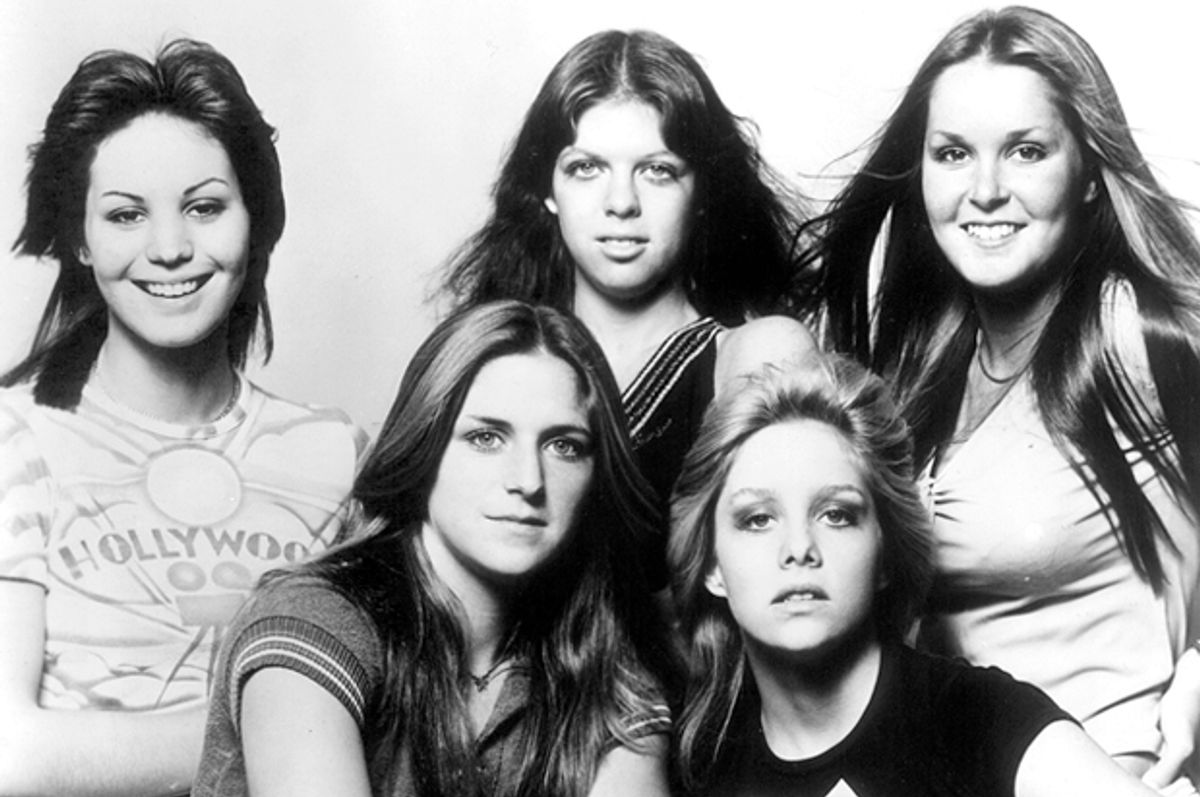 Runaways bassist Jackie Fuchs, who played with the band as Jackie Fox from 1975 to 1977, issued her first statement on Monday since the Huffington Post published a detailed report on her alleged rape by the band's manager and producer, Kim Fowley, several decades ago.

Addressing the responses of former bandmates Joan Jett and Cherie Currie, both of whom have denied witnessing the alleged rape, Fuchs posted a lengthy comment on Facebook reiterating her claims, but also offering compassion for her fellow musicians:

I know some people watching the online drama unfold have been discouraged by the lack of support I’ve received from my former bandmates. To which I can only say that I hope you never have to walk in their shoes. My rape was traumatic for everyone, not just me, and everyone deals with trauma in their own way and time. It took exceptional courage for many of the witnesses to talk frankly about how they felt. Most have apologized to me for their inaction that night -- apologies that have been unnecessary, though welcome. [...]

All I can say about what was said and done is that my bandmates were children who’d witnessed something criminal and tragic. I’ve no doubt they were dealing with it as best they were able. They had no responsible adults to guide them – only a rapist and his apologists.

But Fuchs also added that she believes Jett and Currie's might be more troubling than they seem:

I only wish that if my bandmates can’t remember what happened that night – or if they just remember it differently –they would stick simply to saying that. By asserting that if they’d witnessed my rape, they’d have done something about it, they perpetuate the very myth I was trying to dispel when I decided to tell my story.

Read the rest of Fuchs' statement here. You can also find the story of her alleged rape at HuffPost.