Even the New York Times is body-shaming Serena Williams now: It's time to break this absurd and insulting habit once and for all

Despite being one of the greatest athletes of all time, Williams has dealt with body-shaming her entire career 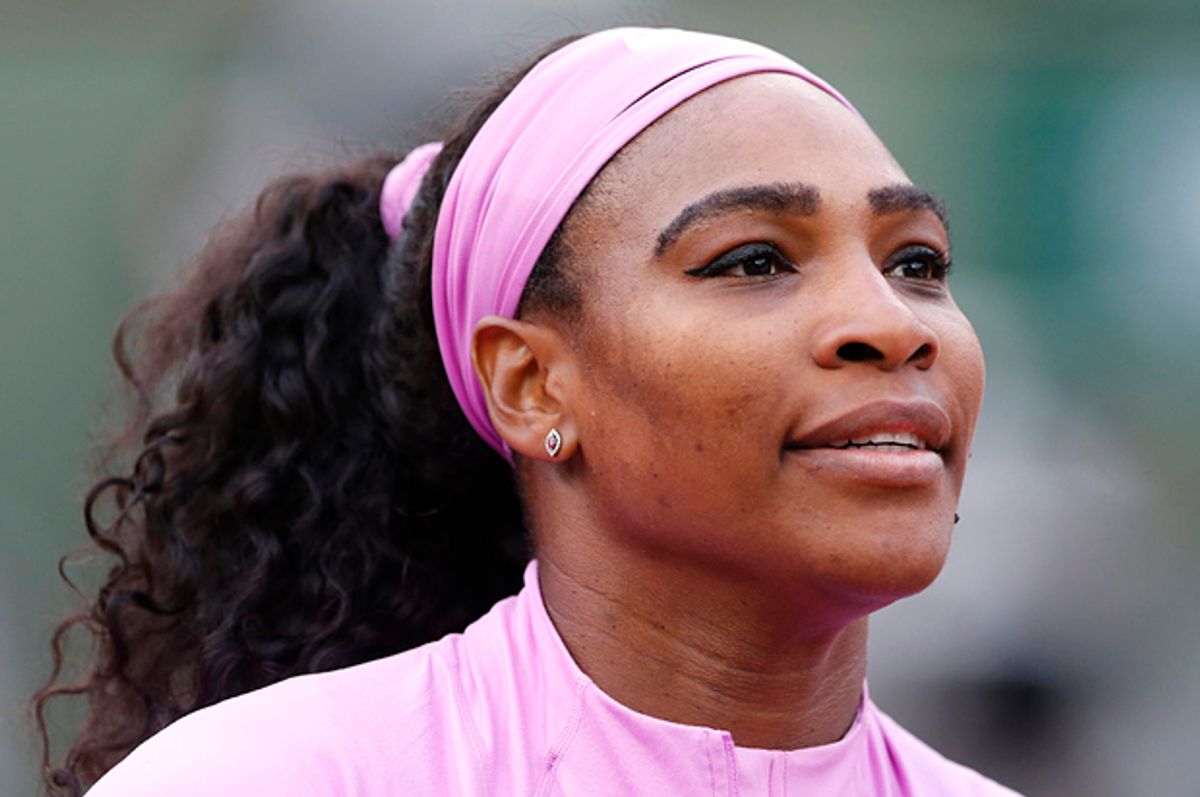 You needn't concern yourself with the size of Serena's butt. Don't bother losing sleep over the musculature of her legs. After 21 Grand Slams, she's going to be just fine. And the woman accurately described as looking like a pretty "Disney princess" after winning her sixth Wimbledon championship has had more than enough concern trolling over her body by now.

The 33-year-old superstar easily qualifies as one of the greatest athletes of all time, living or dead, male or female. As the Guardian aptly put it "We're lucky to be living in her time." And yet along with the narrative of her awe-inspiring achievements, Williams has, since she exploded on the scene in the late '90s, been the subject of relentless scrutiny for her powerful-looking body. After she went through injury and a spectacular tumble in the ranks roughly a decade ago, she recalled, "Everyone called me fat, saying I was really unfit. Every paper, the headline was 'fat, fat, fat.'" In 2007,  the Telegraph breathlessly noted her "weight loss" and "the new, slim-line Williams," but then, a notoriously jaw-dropping 2009 feature by Jason Whitlock took her to task for "arguably pushing 175 pounds" and lamented, "She'd rather eat, half-ass her way through non-major tournaments and complain she's not getting the respect her 11-major-championships résumé demands." And last year, Russian tennis chief Shamil Tarpischev was rightly fined for snarking on the bodies of "the Williams brothers" and declaring, "It’s frightening when you look at them." And then came this weekend.

Even as she was solidifying her role as a living legend, defeating opponents who, as the Atlantic points out, were kindergarten-age when Williams was on her first Grand Slam, the New York Times' Ben Rothenberg was busy commenting that "Williams, who will be vying for the Wimbledon title against Garbiñe Muguruza … has large biceps and a mold-breaking muscular frame, which packs the power and athleticism that have dominated women’s tennis for years. Her rivals could try to emulate her physique, but most of them choose not to." The piece further notes that "body-image issues among female tennis players persist, compelling many players to avoid bulking up," and also quotes Agnieszka Radwanska's coach Tomasz Wiktorowski, who says, "It’s our decision to keep her as the smallest player in the top 10. Because, first of all she’s a woman, and she wants to be a woman." The implications were clear — Williams treads a lonely path. And if you've ever dared to go deeper into some online sports conversations or God forbid the replies on Twitter, you'll see a consistent level of far worse observations, a deluge of flat-out mockery for Williams' body.

Fortunately, as online critics have also been quick to point out, the continued shock and awe that Williams' body does not conform to some tiny little white girl paradigm is outrageously narrow-minded and insulting. And gloriously, J.K. Rowling went all fangirl over Williams on Twitter this weekend, declaring "What a woman!" Even better, when a troll replied, "Ironic then that main reason for her success is that she is built like a man," Rowling shot back with a photo of Williams looking flawless in a red dress and heels, and said, "Yeah, my husband looks just like this in a dress. You're an idiot."

Her physique doesn't seem to bother Williams herself too much these days. Maybe because she's a genius at what she does — in addition to being rich, successful and beautiful? I don't know, I'm guessing here. She told the Times, "I realized that you really have to learn to accept who you are and love who you are. I’m really happy with my body type, and I’m really proud of it." That body of hers has achieved things the rest of us can barely imagine. It's accomplishing things in its 30s that world-class athletes half its age can't do. And you can judge a woman like Serena by the size of her arms, but you'll be missing out, because I promise you that history will remember her by the length of the list of her victories.