The Atticus Finch of your childhood isn't ruined: Read Harper Lee's "Go Set a Watchman" for the early draft that it is 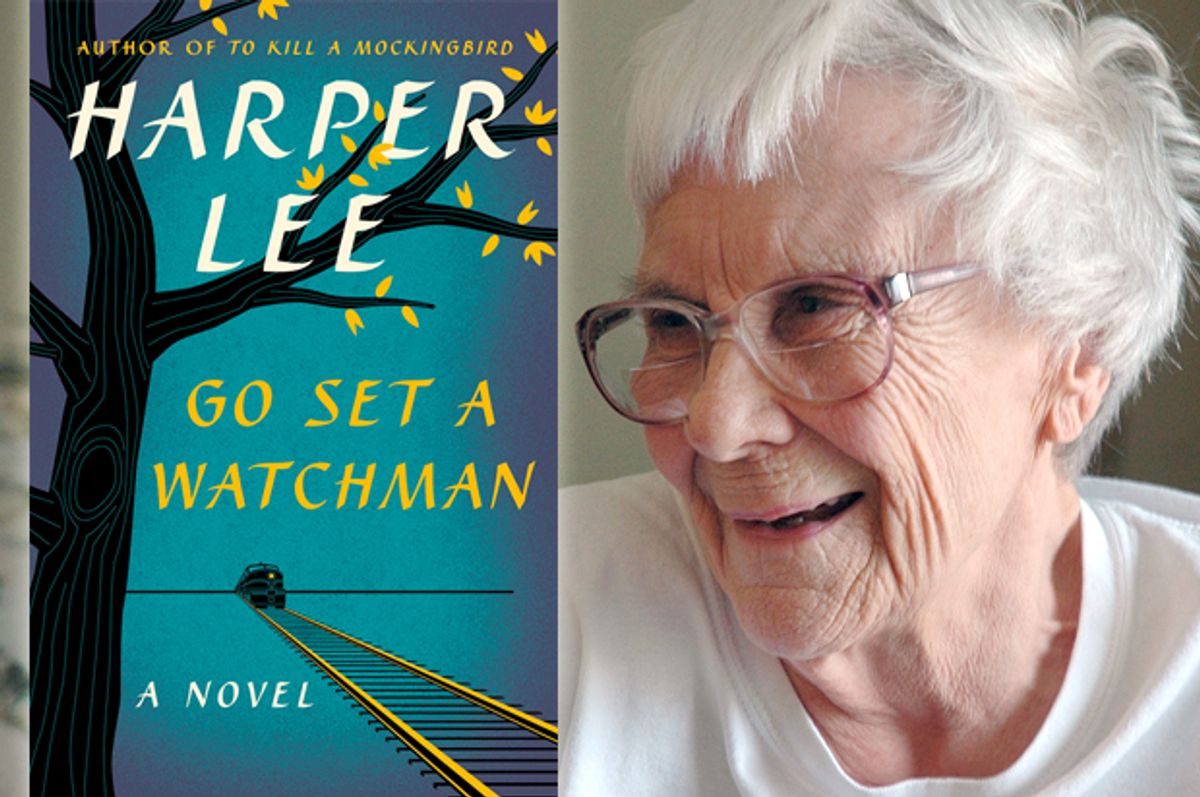 He was a hero, an inspiration. Careers were launched because of him, children named for him, with high hopes from the parents that their offspring would grow up into a better, more equitable world. Atticus Finch, like the novel in which he appeared, has become an American totem with very few comparisons. The fact that “To Kill a Mockingbird” has been assigned in junior high and high school classes for decades, and that Gregory Peck’s performance in the 1962 film captured the character’s quiet dignity, didn’t hurt.

“Becky Dennis, who lives in Tulsa, Oklahoma named her now 5-year-old son Atticus—and her dog Scout—because ‘To Kill a Mockingbird’ has long been one of her favorite novels,” a Slate story reports. “Dennis estimates that she’s read the book 10 to 15 times since middle school.”

“Atticus Finch is such a strong character, and we wanted to give [our son] a strong name,” Dennis told Slate. “He was such a strong force in my life growing up, reading it and re-reading it over the years. I’m always reminded that as long as there are people like Atticus Finch—even though it’s fiction—in the world, we should all be OK.”

And now, it turns out, Atticus is a racist. Or at least, the kind of guy who attended a Klan meeting and complains about how black people are taking over. In Harper Lee’s soon-to-be-released “Go Set a Watchman,” the crusading Atticus has gone bitter and reactionary in the course of a generation. He is “affiliating with raving anti-integration, anti-black crazies,” in the summation of the New York Times.

Reactions came swiftly. “Is nothing sacred?” U.S. News tweeted in response. Forbes reporter Ryan Mac tweeted: "the revelation that atticus finch was once a racist is the worst news of the day."

Could Atticus be serving as a microcosm for how the South devolved on racial issues in the years around Brown vs. Board of Education and the larger move toward racial integration? The second novel is set in the mid-‘50s -- the years in which it was written -- and surely picked up the historical context of its time. Atticus, perhaps, was not the only genteel white liberal pushed in an unexpected direction during those transformative times, which would open the door to the even more divisive civil rights era.

But Atticus Finch is not a real person, of course. And this book was written before “To Kill a Mockingbird,” not as a sequel. "Go Set a Watchman" is a draft of a first novel by an untested writer, and it was rewritten, at the advice of her editor, into a different book told from a different point of view, with a different tone, in a different time period and apparently even with a different verdict to the trial so central to "Mockingbird." Why should be we surprised that the characters are different as well? It's not unusual for a first-time novelist to have written a full early draft of a book in a radically different form, especially in the days before MFA workshops were the norm.

Across the English-speaking world, readers are upset to see what has happened to Atticus. According to a senior producer at Canada’s Global News, Anna Mehler Paperny, “your childhood is ruined.”

Many of the details of the emergence of “Watchmen” has been suspicious to the point of queasy-making, largely because of the author's advanced age. And it’s hard to know exactly how the new book relates to the old one, and what role its author had in its discovery and publication. "Go Set a Watchman" has only been "lightly copyedited," according to a New York Times profile of the original editor of "Mockingbird" who advised Lee to turn away from this version of the manuscript and write the book that would win her the Pulitzer Prize.

Because publisher HarperCollins has been extremely protective of the novel, I've not read more than the opening chapter of “Watchmen,” so it’s hard to say anything definitive about the new book. But one critic who has read it, David Ulin of the Los Angeles Times, begins his review today by saying, “It would be a mistake to read Harper Lee’s ‘Go Set a Watchman’ as a sequel” to “Mockingbird.”

Nearly every novelist has a shelved novel in his or her closer or desk drawer: Trying out ideas that don’t work out is how writers learn. And novels go through enormous revisions over time, especially with an assertive editor. “Watchmen” may tell us less about the transformation of the white South or Atticus Finch himself, and more about the financial pressures that lead what could have been framed as a work of scholarship into a vehicle for explosive front-page news.