"Too far left" and "too extreme," is attack line from Fox and corporate Democrats. It's a sign Sanders is gaining 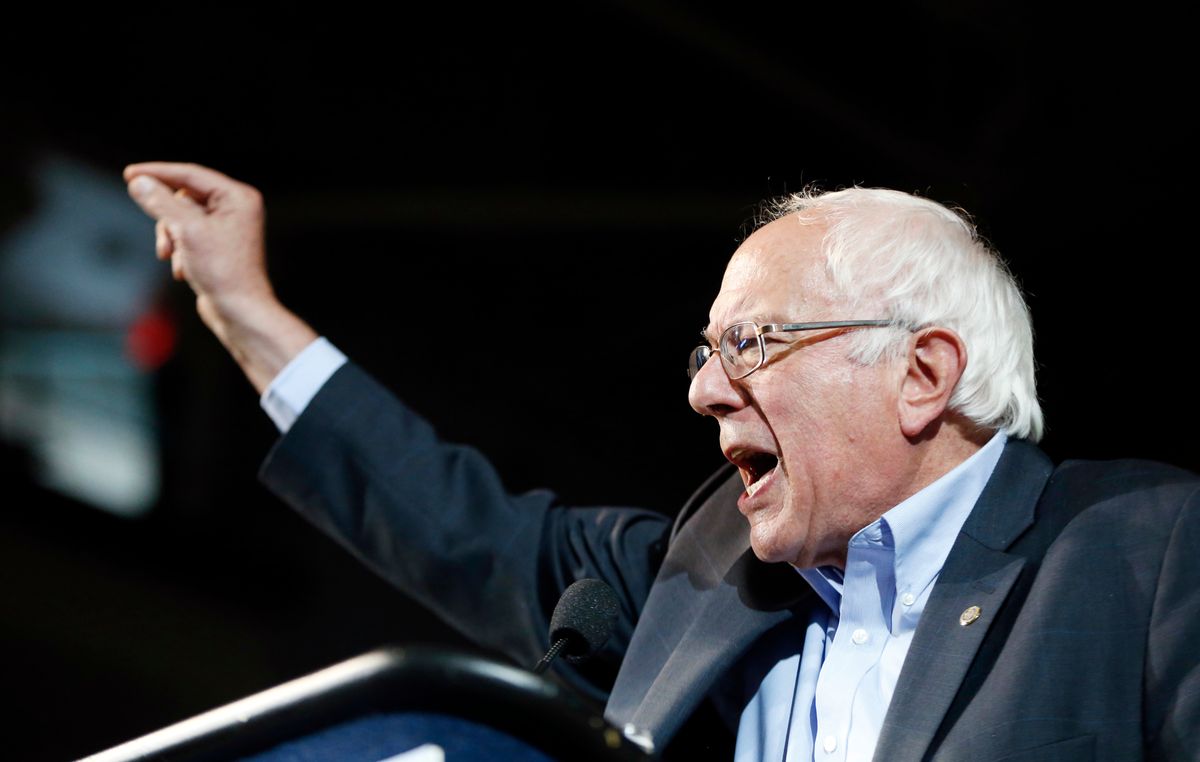 The Supreme Court's Citizens United ruling established what the SCOTUS Blog refers to as "the personhood of corporations." As a result of equating corporations with people (allowing unlimited donations to PACs), some voters feel the need to compromise their value system in order to win the White House. The game is rigged and ideals become a liability when billions of dollars are at stake; better to jettison cherished principles in the short run and win the presidency in the long run. After all,$2.5 billion doesn't grow on trees and money trumps sincerity in today's political climate.

Also, Yahoo News writes that Donald Trump "donated to Clinton's Senate campaign as well as the Clinton Foundation," so while poll-driven candidates for president joust over issues only Congress can resolve, mainstream Democrats and Republicans are united under Citizens United.

Income inequality in America is the highest it's been since 1928, yet Missouri Sen. Claire McCaskill wants you to know that some people are just "too liberal" and "extreme" to be president. Many Americans still aren't comfortable with confronting Wall Street greed, even if the 2008 financial crisis cost the United States over $12.8 trillion, 2.6 million jobs, and resulted in a Washington Post headline titled "U.S. Forces Nine Major Banks To Accept Partial Nationalization." According to the Levi Economics Institute, the 2008 financial crisis resulted in "a Federal Reserve bailout commitment in excess of $29 trillion."

McCaskill and other Democrats should ask Henry Paulson and Timothy Geithner about socialism before accusing others of being too extreme.

The phrase "too far left" is used not only by Fox News to frighten voters, but also by Democrats convinced that any candidate willing to break up the banks is doomed in a general election. Like Senator McCaskill warns, America just isn't ready for a "Democratic-Socialist," even if the six largest American banks have assets equaling 60 percent of U.S. GDP. We've been taught to fear the influence of large campaign donations, and while standing up to the "billionaire class" is nice, pragmatism is paramount since corporations now have the same freedom of speech in elections as the average American.

True, times have changed, and gay marriage is now protected under the Constitution (despite some candidates being against it when it wasn't popular), the Confederate flag is coming down, we'll have an embassy in Cuba soon, and America has an African-American president in his second term, but some things are too much of a pipe dream. Better to play it safe with "Wall Street Republicans' dark secret" than a man who says, "This great nation and its government belong to all of the people and not to a handful of billionaires, their super PACs and their lobbyists."

Regardless of the fact that even Ted Cruz and Marco Rubio are talking about wealth inequality, certain Democrats believe that only the most centrist and carefully vetted messages will gain the attention of yesterday's middle of the road swing voter. The fear that an honest and genuine progressive candidate might ruffle the feathers of Wall Street lures many Democrats towards vapid centrism, or even blind acceptance of scandal and neoconservative foreign policy. The problem however, is that swing states already don't trust this centrist candidate, even with hundreds of millions in overflowing campaign coffers.

For many, preventing another Bush administration means setting aside progressive ideals in favor of Citizens United cash and cold pragmatism. If it means winning, then it's only rational to vote for a candidate who was against gay marriage until 2013,against the decriminalization of marijuana, pushed for the TPP on 45 separate occasions, supported Keystone XL, voted for the Iraq War, and is linked to neoconservatives. True, Vox states this candidate might "pull Democrats and the country in a hawkish direction," but $2.5 billion is the best chance at preventing another Bush administration. Also, the fact that Vice News, the Associated Press, and other organizations are suing the State Department for access to emails doesn't concern some voters.

This might be the mindset of certain people, but it's definitely not the viewpoint of voters who still believe that values and principles overshadow enormous campaign contributions. A political awareness is forming, as illustrated in Iowa and New Hampshire, despite the fact that the same statisticians who never predicted this phenomenon are now saying it will be short-lived.

According to The Hill, the next presidential election will cost over $5 billion, with both parties battling one another to please the highest bidder. One Clinton campaign official is quoted in CNN as explaining that since the Koch brothers will donate $1 billion to their GOP nominee, "There is too much at stake for our future for Democrats to unilaterally disarm." Therefore, even though Hillary Clinton lost $229.4 million in campaign money against Obama in 2008 (leaving the race with $22.5 million in debt), the Clinton campaign is still expected to raise $2.5 billion in 2016 from super PACs and wealthy donors.

Welcome to a Citizens United world.

Like the GOP, Democrats have chosen to seek as much funding as possible, even from corporation that Elizabeth Warren states "literally wrote" a recent government spending bill. Unlike Clinton or Bush, however, there's only one candidate for president in both parties, and perhaps the only politician on the planet, who says "I don't want money from the billionaires." He's also the same man who received the Congressional Award from the Veterans of Foreign Wars.

His name is Senator Bernie Sanders and he's filling arenas and surging in Iowa and New Hampshire without the help of a super PAC; money can't buy enthusiasm. Vermont's Senator recently drew crowds of 10,000 in Wisconsin, 2,500 people in Iowa, a "packed to capacity" venue in New Hampshire, and a "huge crowd" of 7,500 in Maine. Sanders has been able to create a groundswell of momentum through an energized base of grassroots support.

The surge Bernie Sanders is experiencing in key states is becoming a bigger problem for Clinton, even though his popularity doesn't rely upon a costly and monstrous campaign apparatus. Appearing on Face the Nation in May, Bernie Sanders explained his views of Citizens United:

I worry about us moving toward oligarchy, where our political system is controlled by the rich and the powerful.

Whereas Vermont's Senator is perhaps the only politician in world history who's ever said, "I don't want money from the billionaires," other candidates don't share his philosophy.

Future generations will look back at this election and either say that we defeated Citizens United by electing a man serious about defeating the Court's decision, or succumbed to the grip of corporations by voting against the interests of our democracy.

This piece was originally published by the Huffington Post.