America's power plants are getting cleaner -- but they're still pretty filthy

A new report highlights the feasibility of, and necessity for, the EPA's plan to reduce emisisons 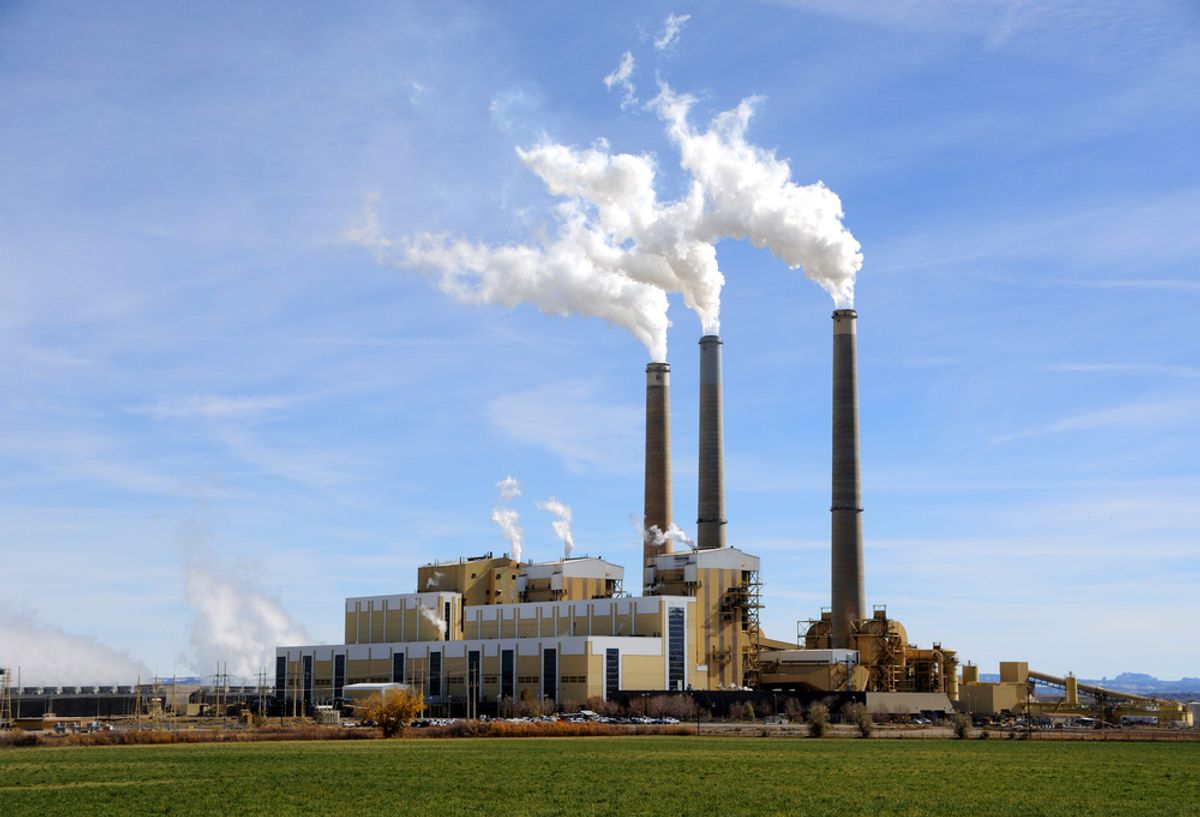 The EPA is set to finalize its long-anticipated rules regulating carbon emissions from coal-fired power plants next month -- and much of the U.S. has already gotten a head start.

Between 2008 and 2013, climate change-causing emissions in 42 U.S. states fell an average of 19 percent, finds a new report from several environmental groups and power companies, leading to an overall decline of 12 percent. That change, the report says, is the product of the increasing dominance of natural gas over coal, the installation of pollution controls and the retirement of old coal plants, as well as a general decline in electricity use.

What we're witnessing, however, is not quite an example of a problem solving itself. Coal-fired power plants are still our largest source of carbon pollution, and we're still sending a lot more greenhouse gases into the atmosphere than we used to -- emissions remain 14 percent higher than in the 1990s. And as this map from the report shows, progress has been incredibly uneven -- Kentucky, Louisiana, Arkansas, Nebraska, Utah, Idaho, Alaska and Hawaii have been polluting more than ever: There was a huge discrepancy, as well, between different industries: amongst the 100 largest power producers, with Big Rivers Electric, the dirtiest, producing 10 times the emissions of the cleanest utilities. Just five companies -- Duke, AEP, Southern, NRG and MidAmerican -- generated a full 25 percent of emissions. Largely, how well a state or utility did depended on how it's getting its electricity: the cleanest states, Vermont, Idaho, Washington, Oregon and Maine, are all very dependent on hydropower; Big Rivers, on the other hand, boasts four coal-fired power plants in carbon-heavy Kentucky.

And coal, which made up 40 percent of the power mix among the top 100 producers, is precisely what the EPA is going after. The proposed rule would require existing power plants to reduce their emissions 30 percent below 2005 levels -- it's not a drastic amount, but it definitely calls for cuts to occur at a much quicker clip.

“Most parts of the country are firmly on the path toward a clean energy future, but some states and utilities have a longer way to go and overall the carbon emissions curve is still not bending fast enough,” Ceres president Mindy Lubber said in a statement. “To level the playing field for all utilities, and achieve the broader CO2 emissions cuts needed to combat climate change, we need final adoption of the Clean Power Plan.”

Getting on board with the EPA's regulations "will be a bit of a stretch for the industry, which is appropriate for a regulation intended to put us on an improving path," Derek Furstenwerth, the director of environmental services at the power company Calpine, and one of the report's contributors, told Mother Jones. "But we believe that it's definitely achievable." Not only did the report confirm that reductions are possible, it also found that the decline between 2008 and 2013 occurred while the economy continued to grow, suggesting that the two aren't as tightly dependent on one another as many believe.