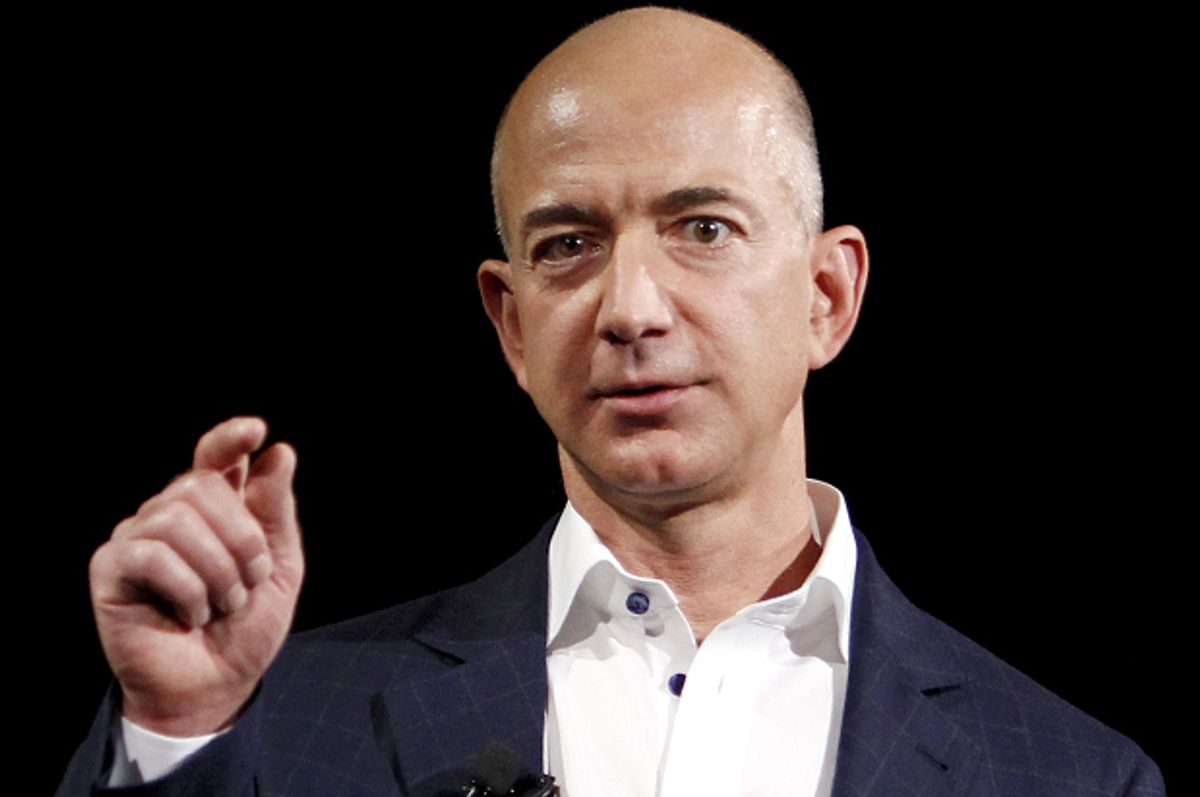 The group Authors United came together last fall during the fight between Amazon and the Hachette publishers. Now, one of its founders, thriller writer Douglas Preston, is speaking to the Department of Justice about larger abuses by the online retailer, who he says has established something like monopoly power in the book world. Preston sent a letter on Monday to fellow authors, explaining: “The settlement of the dispute did not change the fundamental problem: That one corporation now dominates the book market in the United States. We believe Amazon has used its power in ways that harm the interests of authors, readers, booksellers, and the publishing industry as a whole.”

We spoke to Preston from his home in Maine. The conversation has been slightly edited and condensed.

Why don’t you start by telling us about the letter you’re sending to the Department of Justice and what motivated it.

It arose out of the Amazon-Hachette dispute and the way Amazon treated its authors. A lot of what they were doing was unfair, outrageous, harming authors, and harming the whole publishing ecosystem. We consulted with some antitrust lawyers, and they told us about some ways Amazon was skirting the edge of antitrust violations.

The thing that said that was most interesting and surprising was that never in American history had any corporation achieved monopoly control over a vital marketplace of information. Even before there was no antitrust law at all, when the first telegraph wires were being strung across the continent by Western Union, the Congress  in 1866 passed the Telegraph Act to keep one company from monopolizing this means of communication. Since the 20th century, the Congress and the courts have been absolutely diligent in protecting against monopoly in newspapers and radio and even the book business. And yet, here one corporation has achieved monopoly control of the book market. Amazon’s control of the entire book market is about the same as Standard Oil’s when it was broken up into 34 separate companies.

Tell us a little more about what you mean by that.

Starting with the smallest and weakest publishers, since about 2004, whenever they get into a commercial dispute with a publisher, they take it out on the author. They make the books harder to sell, they claim “shipping delays,” say the book isn’t available – in every way mess with the book’s sales. Because Amazon is so powerful, they can actually destroy a publisher by doing that. This has happened to dozens and dozens of small publishers over the last 11 years. It’s just one way Amazon has harmed the publishing eco-system.

And over this time period, Amazon has been demanding a larger and larger percentage of the sale price of a book. What that does is suck money out of the publishing ecosystem, to Amazon, which has caused a lot of publishers to take fewer chances with midlist authors, to drop midlist authors, and so a lot of voices have been silenced by this removal of money from the publishing world.

Defenders of Amazon will said, “They have a large market share because they’ve worked for it fair and square.” You call it “unprecedented power” in your letter. How do you respond to people who say, “They’re good at what they do, they’re convenient, they know their audience…  That’s why they have a dominant position in the marketplace.”

Everything you said is true: Amazon is very good at what it does, it presents a warn and friendly face to the public, it’s one of the most admired companies in America. John D. Rockefeller was one of the most visionary businessmen of the 19th and early 20th century. And because of his efforts, the price of kerosene and petroleum products went down by about 50 percent. But along the way he completely destroyed hundreds, maybe thousands, or smaller businesses through extremely aggressive tactics.

So just because a company’s actions result in price-cutting doesn’t mean it’s good for our company. And that was the oil market: We’re talking about a vital informational market. Amazon, by its actions, has been interfering with the free flow of ideas. During the Hachette dispute, the New York Times has been able to show that Amazon exercised content control – sanctioning some books that had a certain political  event, and not sanctioning books by very powerful politicians and not others. That’s very concerning.

Are there misconceptions about Amazon? How does the average American view the company, and what are they missing?

Amazon is like any other corporation; it has two goals. One is to increase market share, and the other is to increase profits. So anyone who thinks that Amazon is their friend is deluded. Is Exxon the friend of everyone who fills up their tank with gas? I don’t think so. Anti-trust laws are to prevent the natural growth of companies to grow to a monopoly status, and then use that monopoly power to stifle competition. And that’s what Amazon has been doing.

Another thing that Amazon has done is to use books as a loss leader – to acquire customers and sell them consumer good at a higher margin, like televisions and shoes. They sell millions of books below cost, acquiring customers with good data, good demographics, to sell them other stuff with more money. That has really damaged the publishing industry.

What happens if Amazon continues to move forward this way with no opposition? What are the real-world consequences?

I think Amazon is going to continue capturing more and more of the book market – that’s only going to increase. And Amazon will continue to use its overwhelming market power toward those two goals – increasing market share and increasing

profits. Amazon is a barely profitable company, and Wall Street clearly expects Amazon to make big profits sooner rather than later. Amazon stock is soaring, and the only way those investors are going to get a return is if Amazon starts making big profits. So what is Amazon going to do when it acquires an even larger market share? To increase its profits in the book/publishing universe.

Companies make money all the time – that’s what they do. What do we have to worry about it Amazon keeps growing? What do we lose as they get bigger?

I think what we lost most of all are a vigorous diversity of debate in country. The most important and nuanced debate we have in our democracy is generally in books. Newspapers, radio and TV are fine, but books are where the big ideas are developed with complexity. That’s what were gonna lose.

According to George Packer in the New Yorker, publishers are retrenching, taking fewer risks, [signing] fewer midlist authors, taking fewer risks with nonfiction. A lot of authors who would have been published 20 years ago are not being heard – publishers are going after the big bestsellers and celebrity authors. They’re getting much more attention from publishers rather than a more diversified list. That’s a real impoverishment of the intellectual life of our country.