Bran Stark is returning for "Game of Thrones" season six

Actor Isaac Hempstead Wright confirms he will be back next season 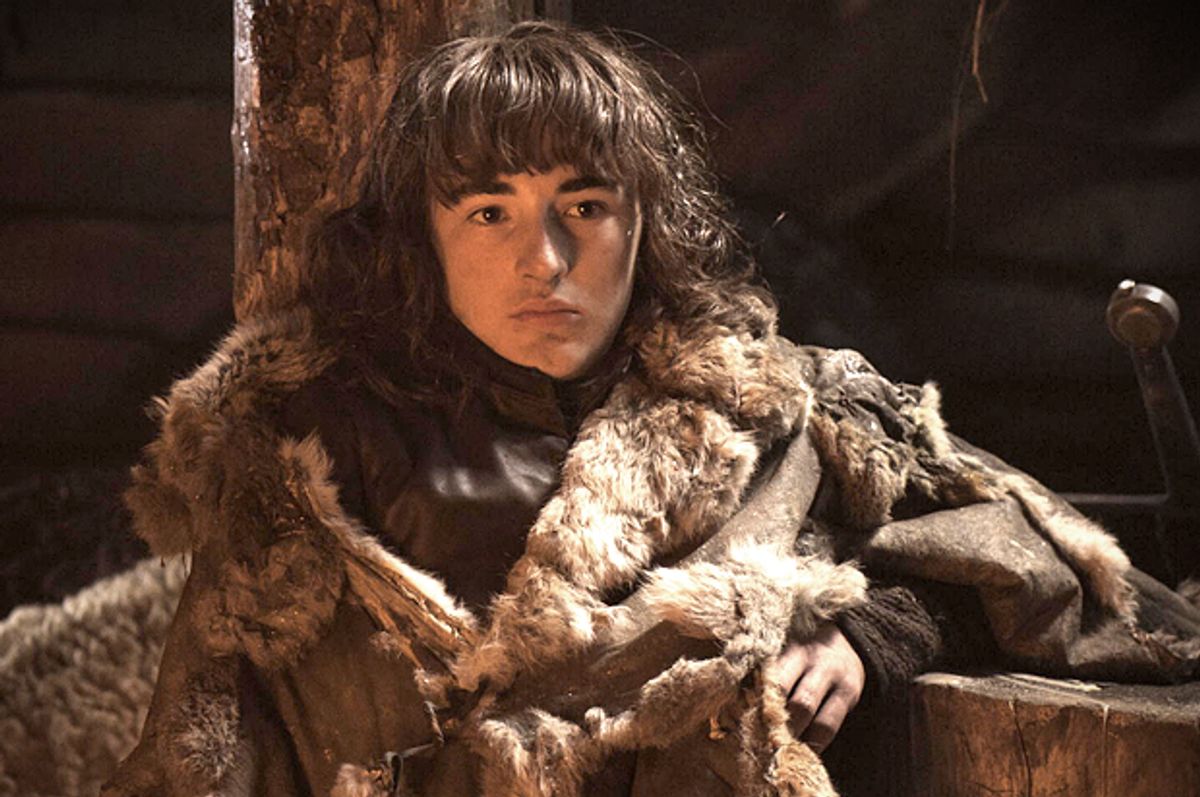 Bran Stark, last spotted palling it up with the Three-Eyed Raven North of The Wall in the "Game of Thrones" season four finale, will be back in the mix for season six, actor Isaac Hempstead Wright confirms.

"I can't say a lot, but I am back this season and it's going to get particularly interesting with Bran," the young actor told the Irish Examiner. "He has some interesting visions.”

"Thrones" co-showrunner David Benioff has previously compared Bran's Warg training to Luke Skywalker’s Jedi training, saying "It would be far less interesting, after 'The Empire Strikes Back' to have an hour-long movie in between Empire and Return of the Jedi where Luke is training. It's so much cooler to cut from the end of 'Empire' to the beginning of 'Return,' where he's become the Jedi.”

No word on whether our favorite monolexical sidekick will be returning for "Game of Thrones: Return of the Warg-Jedi," but we seriously hodor-hodor-hope so.