If you're eating food, you may want to wait on this one 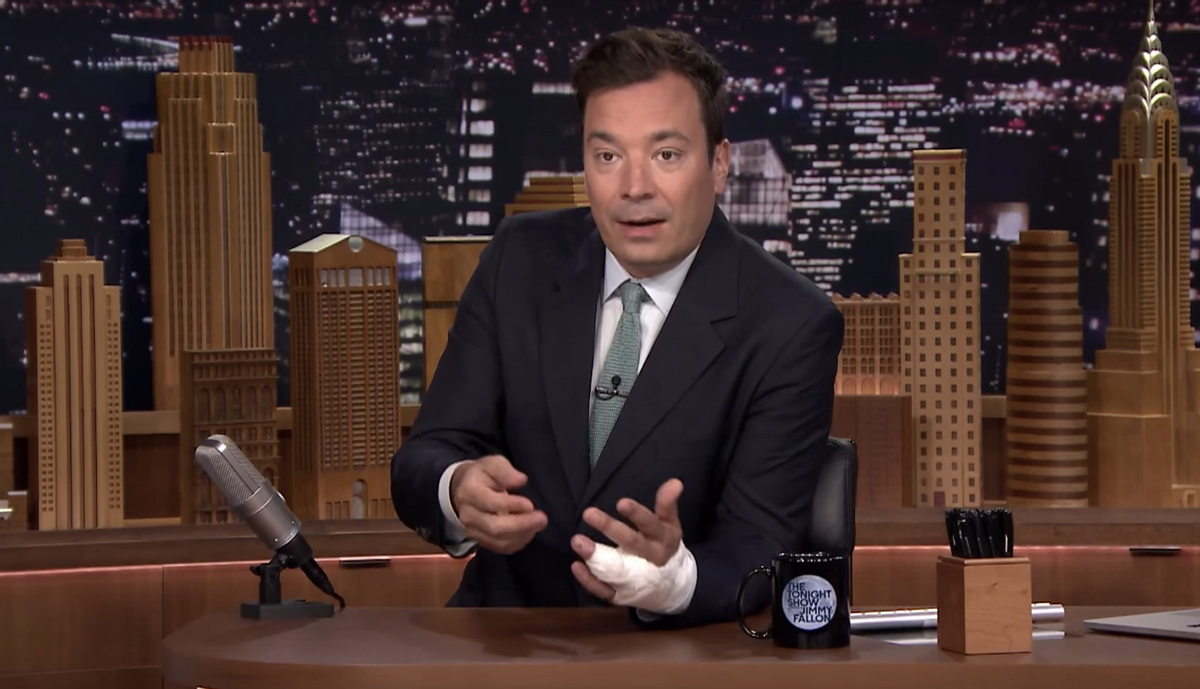 If you are at all grossed out by the thought of severed tendons and/or veins, x-out of this post now. Definitely do not google "ring avulsion," either.

After  a mysterious two-week hiatus from the "Tonight Show," a bandaged Jimmy Fallon returned to his desk Monday night with a horrifying tale to share. Turns out, the late-night host had spent 10 days in the ICU recovering from a 6-hour microsurgery after a horrific -- if not, cartoonish -- accident involving his finger.

Fallon had allegedly attempted to catch a fall with his hand and wound up separating tendons within his skin when his ring got caught on a counter. Recalling the look of the separated tendon at the time of the accident, Fallon said it did not look the slightest bit real. He assumed the whole finger was broken.

Nope! When Fallon got to the ER, he was told that it was actually ring avulsion, the sudden pull on a finger ring that results in severe soft tissue injury and damage to nerves. The late-night host went on to say that he got super lucky (with a doctor wearing a bow tie and cowboy boots!) and was able to make a smooth recovery from the accident. Success stories are rare; most patients end up losing their entire finger.

How was the doctor able to swing this, you ask? Well, cowboy boots likely played at least a minor role. Also, a transplant which involved borrowing one of Fallon's foot veins and carefully inserting it into his hand. Yum, I'm hungry for lunch! You?

Listen to the full story below: