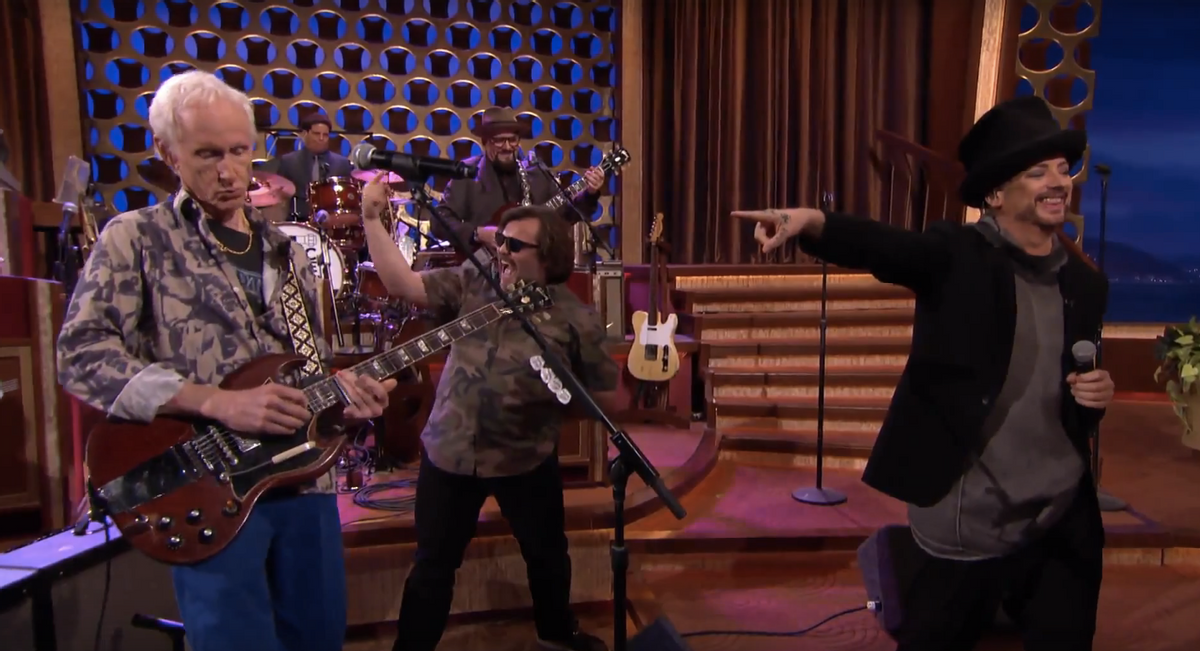 If it were just Jack Black and Boy George paying a late-night tribute to The Doors' "rad" yell-singing, that would have been enough (dayenu!). But Conan didn't stop there. Following Comic-Con week, the host had to keep the insanity going with a surprise guest appearance from the band's legendary guitarist Robby Krieger to bring it home.  Jim Morrison may have had the best yell in history, but the fan-duo made a truly valiant attempt at it in his absence.