The GOP loves Scott Walker because he's an uncompromising conservative, but a diverse national electorate might not 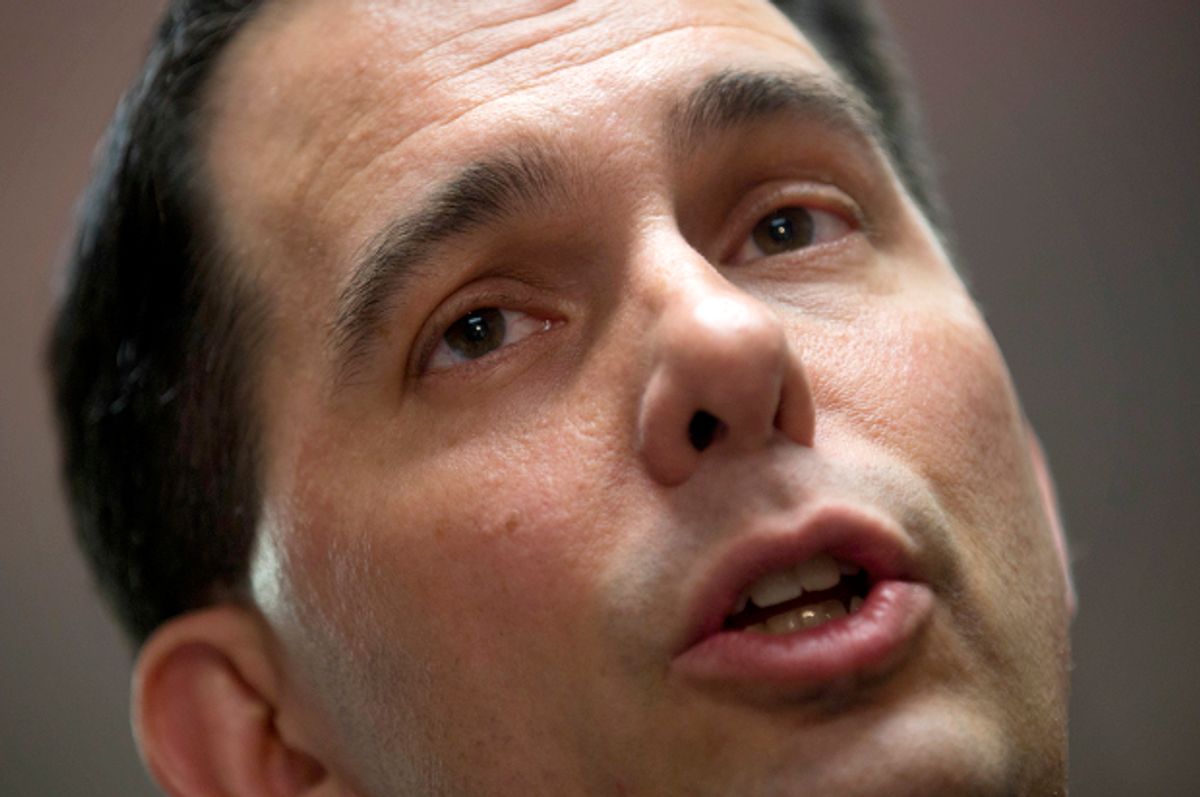 Scott Walker is a now officially a Republican candidate for president, joining a field of roughly 47,351 other candidates vying for the GOP nod. Unlike some other current and former governors in the race, Walker actually enters the fray in fairly good position to win the nomination – he is as of this writing in second place nationally, according to the RealClearPolitics polling average, and he’s the current frontrunner in Iowa, outpacing his closest rival by a full eight points.

As it’s in the cornfields of Iowa that Walker’s hopes and dreams are sown. He’s running to win the Iowa caucuses decisively, and he’s presenting himself as the most conservative Republican who ever lived in order to win over the Hawkeye state’s white evangelical voters and keep them from decamping to someone like Ted Cruz or crazypants Ben Carson. As Jim Newell points out, it’s a bit of an odd strategy for Walker in that he'll likely have to drift back to the center to compete in places that aren’t Iowa, in the process exposing himself to accusations that he’s a Mitt Romney-like chameleon with no real convictions.

But as Harry Enten argues at FiveThirtyEight, Walker’s blend of hard-right conservatism and perceived “electability” may be precisely what Republican voters have been looking for, but unable to find, in their recent presidential nominees. “Republican voters have plenty of other candidates to choose from who are more moderate and match up with the ideology of the last few nominees,” Enten writes. “Walker is clearly betting that the more conservative Republican Party of today will help him defy recent history.”

So let’s say he does it – Walker runs hard to the right and fends off challenges from Cruz/Huckabee/Carson, and then he knocks down Jeb Bush as the establishment favorite and goes on to win the Republican nomination. Suddenly it’s Scott Walker versus (if polls hold) Hillary Clinton for the presidency. Should that happen, Walker will likely run up hard against the GOP’s ongoing demographic problems.

Writing in National Journal last week, Charlie Cook and David Wasserman shared the results of the demographic analyses they conducted looking ahead at the 2016 election:

First, the good news for Democrats: If the electorate evolves in sync with the Census Bureau's estimates of the adult citizen population (admittedly, a big if), the white share of the electorate would drop from 72 percent in 2012 to 70 percent in 2016; the African-American share would remain stable at 13 percent; the Latino portion would grow from 10 percent to 11 percent; and the Asian/other segment would increase from 5 percent to 6 percent. If the 2012 election had been held with that breakdown (keeping all other variables stable), President Obama would have won by 5.4 percentage points rather than by his actual 3.85-point margin.

It should be pointed out that demographics are not the end of the story – the changing complexion of the electorate in no way guarantees Democratic dominance in presidential election cycles. But it does give the GOP a harder time of pulling together a winning coalition. And someone like Walker is only going to make that process even more difficult with his highly publicized efforts to appeal to the GOP's older, white, conservative voters.

When you look at Walker’s victories in Wisconsin, you start to understand why he’s so gung-ho on winning Iowa. In the 2014 gubernatorial election, a full 88 percent of the electorate in Wisconsin was white, and Walker won 56 percent of the white vote. African Americans comprised just six percent of the vote, and Walker lost them 90-10. In 2012, the recall election, 91 percent of Wisconsin voters were white, and Walker won 57 percent of their votes. Among the five percent of voters who were black, Walker lost 94-5. His success has been built on appealing to an overwhelmingly white electorate in elections that never coincided with a presidential race. (Obama comfortably won Wisconsin in 2012 despite losing the white vote in the state to Romney.) That will serve him well in Republican primary contests, but he won’t enjoy those advantages in the general election.

And for the moment, at least, he seems more intent on exacerbating the GOP’s demographic troubles than ameliorating them. A big part of Walker’s rightward lurch has been his hardline stance in opposition to immigration reform, which has caused him no small amount of difficulty as he’s flailed about trying to explain what his actual position is. He’s big on border security and takes a firm stance against “amnesty” in spite of his previous record of relative moderation on immigration issues. He comes off either as a flake or a hardliner, neither of which are a particularly attractive option for a party that recognizes the urgent need to improve its standing with Latino voters.

Emerging from the 2012 elections, Republicans pinpointed other demographic groups they needed to do better with, like African Americans and single women. Last night, Walker introduced his campaign by boasting of the “pro-life legislation” he supports (like an extreme ban on abortions that contains no exceptions for rape and incest) and bragging that “we now require a photo ID to vote in this state” (voter ID laws discriminate against and disenfranchise minority voters).

Put simply, Walker’s primary appeal is that he’s the Republican of Republicans’ dreams who puts a happy face on the rigid conservatism that appeals to a shrinking share of the electorate. Again, none of this is to say that Scott Walker would automatically lose in a general election – much would depend on the ability of Hillary Clinton (or whoever) to turn out the Obama voters in 2016. But it does suggest he’ll have a difficult time expanding the party’s appeal in the face of demographic decline.